Let me begin by thanking The Jewish Press for inviting me to write a regular column for the Jewish world’s leading weekly, which reports the news and sets the pace on issues so important to us all.

My column is called “Charming Nation” as my goal is to make my brothers and sisters aware of how charming we are in the eyes of the Holy One Above.


I’d like to offer the following question: At the Pesach Seder we read about the four sons – the wise, the wicked, the simple and the one who does not know how to ask – but where is the righteous son, the tzaddik?

Every time we mention the rasha, the wicked son, we can’t help but think of his antithesis. But the righteous son, the tzaddik, is absent in the Haggadah.

When we get to the portion concerning the four sons, doesn’t every father and mother start looking around the table at his or her children and thinking about what category each child is in?

But do parents realize that they, too, are children? Who am I? And who is my wife (because when we talk about “son” we mean daughter, too)?

And is each son or daughter absolutely wise, wicked simple or dumb? Or are they a little of this or that?

Personally, I think there’s a little of each one inside me, and my inner struggle is to know how to control and deal with all sides of myself.

Now, in this Pirkei Avos season, let’s go to chapter four of the Ethics of our Fathers where Ben Zoma asks, Who is wise? Who is strong? Who is rich? Who is honored? Again we see the absence of the tzaddik, the righteous. Why?

The answer is found in the phrase from Isaiah we read each time we are about to study the Ethics of the Fathers: “v’amech kulam tzaddikim” – your nation is phenomenal in that each individual is a righteous person.

I found such a beautiful insight in the Gutnick Chumash, which quotes the Lubavitcher Rebbe as asking how we could name a Torah portion after Korach, a man who challenged Aaron and insisted on becoming high priest, dragging along so many people with him, aggravating Moshe Rabbeinu and causing the earth to swallow people alive.

And the Rebbe said, don’t look at his deeds but rather his intentions – he longed for holiness, something every Jew should do. As Ben Zoma says, “Who is wise? He who learns from all people.” Even Korach showed the “tzaddik” in himself, because Hashem’s nation is a kehilla of righteous individuals.

All of the above is actually an introduction to this newest chapter in my life.

Many of you may know that I’m on the radio in New York nightly, reporting the news from Israel on Zev Brenner’s Talkline from my home in Israel, where I’ve had the privilege to live for the past 28 years.

As was reported last week on JewishPress.com, ax-wielding intruders attempted to break into a building, directly behind Kever Rachel in Bethlehem, and I, acting in my capacity as building manager, managed to stop them.

The loud whacks were actually heard on both the Zev Brenner and Country Yossi radio programs as this time I was quite literally delivering the news live from Israel.

I had come to the rescue of a tzaddekes named Evelyn Hayes, who purchased the building over ten years ago and has now been locked out. The intruders see Evelyn as the real intruder and they think some loophole in the original sale might win them the building.

Like Korach, they see themselves as righteous even in their wickedness. They saw me as a wicked man who wouldn’t allow them into a building they believe they are entitled to.

This is one big balagan that includes the four sons of the Haggadah – the wise, the wicked, the simple, and even those who don’t know how to ask.

I am looked at by Evelyn as righteous, by the other side as wicked, all this while “A voice is heard on High, Rachel weeps for her children…. and the children will return to their borders.” 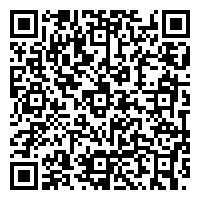