As I write these words, a Jewish toddler injured in a Palestinian terror attack is lying in a hospital bed struggling for her life.

Shortly after 6 p.m. on March 14, Adwa Biton and her three young daughters were driving along Route 5 near Ariel in Samaria. They were on their way home after the girls had paid a visit to their grandmother when a group of Palestinians along the side of the road began hurling stones at Israeli vehicles.


Our ostensible peace partners scored a direct hit when one of their projectiles struck a truck, which swerved off course and collided with Biton’s vehicle. The car was crushed under the weight of the truck, and it took rescue workers nearly half an hour to extricate the family.

When they did, they discovered that two-year-old Adelle Biton was not breathing and required mouth-to-mouth resuscitation. Somehow, they managed to revive her, though she was in critical condition. Her two sisters, six-year-old Naama and four-year-old Avigail, as well as her mother, were all moderately injured.

This horrific incident, which left an innocent child on the brink of death, was nothing less than an act of terror. No bullets were involved nor were any bombs detonated, but that does not in any way make it less cruel or heartless.

After all, when a Palestinian picks up a stone and throws it at an Israeli vehicle, he is not expressing outrage or protesting against some perceived wrongdoing. He is making a conscious decision to grab hold of a potentially deadly object and send it hurtling through the air in order to cause bodily harm.

This is not about a group of kids tossing pebbles on the water at the beach. It is a group of thugs trying to terrorize people and intimidate them from making safe use of the roads. And it must be stopped.

Indeed, in recent weeks there has been a sharp upswing in the number of Palestinian rock-throwing attacks against Israelis, though you would never know it from reading the mainstream press, much of which has spoken vaguely of “growing tension” in the region without bothering to mention the attacks.

At around the same time as the attack on the Biton family, Palestinians near the Jewish community of Eli in Samaria stoned an Israeli vehicle and injured a one-year-old baby boy, causing him light injuries from which he is expected to recover.

And in a third rock attack that same evening, Palestinians stoned an Israeli bus heading to Tel Aviv. When the windows smashed, glass went flying through the air, wounding Aviva Hazan, the wife of a former Likud Knesset Member, in the eye.

This situation is simply intolerable and cannot be allowed to continue. Stone throwing may be low-tech terrorism, but terrorism it most assuredly is. And it is time for the Israeli government and army to treat it as such.

To begin with, Israel should impose harsher sentences on Palestinian stone-throwers and classify their actions not as “disturbing public order” but as “terror.” Likewise, the rules of engagement need to be revised in order to give Israeli troops greater freedom to use force against Palestinians hurling rocks.

And video cameras should be installed along key routes throughout Judea and Samaria in order to make it easier to identify the perpetrators and bring them to justice swiftly.

Such measures will deter Palestinians from taking to the roadside, amassing an armory of rocks, and targeting innocent Israelis. If they know their actions will be taken seriously and punished acutely, they will think twice before engaging in such brazen acts.

Israel must take steps to ensure that those who raise a hand against Israelis, whether holding a rifle or a rock, will be dealt with accordingly. 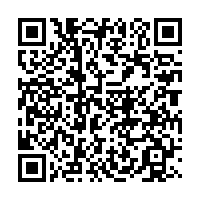