Oddly enough, even Israeli politicians can change course abruptly. Shimon Peres, unambiguously the proudest Israeli champion of a “two state solution” in the Middle East, at one time called Palestinian statehood an existential threat to Israel. In his book Tomorrow is Now (1978), Peres, currently the country’s president, had presciently warned against this plan:

The establishment of such a state means the inflow of combat-ready Palestinian forces into Judea and Samaria (West Bank); this force, together with the local youth, will double itself in a short time. It will not be short of weapons or other military equipment, and in a short space of time, an infrastructure for waging war will be set up in Judea, Samaria and the Gaza Strip…. In time of war, the frontiers of the Palestinian state will constitute an excellent staging point for mobile forces to mount attacks on infrastructure installations vital for Israel’s existence…


Prime Minister Benjamin Netanyahu is apparently willing to go along with a Palestinian state, but only so long as its prospective leaders agree first to “demilitarization.”

Ironically, Netanyahu the hawk should take heed of Peres the dove’s earlier warning and acknowledge the pertinent intersections of law and strategy. For Israel, legal mistakes and misunderstandings could quickly give rise to irreversible strategic harms. In the matter of “Palestine,” the underlying conceptual issues are synergistic (interpenetrating), longstanding, and potentially global.

History can help us to understand. From the formal beginnings of the state system in 1648, following the Thirty Years’ War and the Peace of Westphalia, states have negotiated treaties to provide security. To the extent that they are executed in good faith, these agreements, in written form, are fashioned and tested according to relevant international law. Often, disputes arise whenever particular signatories determine that continued compliance is no longer in their own presumed and particular “national interest.”

For Israel, its 1979 peace treaty with Egypt remains important. Still, continuing regime change and Islamist ascendancy in Cairo could signal abrogation of this agreement. The same risks could apply even to a more secular military governing council, should its leaders decide, for any reason, that the treaty with Israel should be terminated.

Any post-Mubarak regime that would extend some governing authority to the Muslim Brotherhood or its proxies could result in a sudden or prompt Egyptian abrogation. Plainly, although such a willful cessation of treaty obligations by the Egyptian side would almost certainly be in violation of The Vienna Convention on the Law of Treaties, the governing “treaty on treaties,” there is little if anything that Israel or the “international community” could do in effective response.

Following the Arab Spring, prospective treaty compliance issues with Egypt ought to bring to mind the myriad dangers of Palestinian statehood. Already, in June 2009, Netanyahu had agreed to a Palestinian state. But, with an apparent nod to prudence, he had carefully conditioned this public acceptance upon Palestinian demilitarization. More precisely, said the prime minister, “In any peace agreement, the territory under Palestinian control must be disarmed, with solid security guarantees for Israel.”

This agreement seemingly represented a “smart” concession, but only if there could be some corollary Palestinian compliance. In fact, however, any such expectations are implausible. This is the case not only because all treaties and treaty-like agreements can be broken, but also because, in this specific case, any post-independence Palestinian insistence upon militarization would likely be lawful.

Neither Hamas nor Fatah, now forged together in a new unity pact, would ever negotiate for anything less than full sovereignty.

International lawyers seeking to discover any “Palestine-friendly” sources of legal confirmation could conveniently cherry-pick pertinent provisions of the 1934 Convention on the Rights and Duties of States, the treaty on statehood sometimes called the Montevideo Convention. They could apply the very same strategy of selection to the 1969 Vienna Convention on the Law of Treaties.

International law is not a suicide pact. Indisputably, Israel has a peremptory right to remain alive. It was entirely proper for Netanyahu to have previously opposed a Palestinian state in any form. Both Fatah and Hamas still see all of Israel as part of “Palestine.”

Last summer, Palestinian Authority television rebroadcast songs with lyrics that depicted all of Israel as part of “my country Palestine.” Some of the specific Israeli cities included in these songs were Jaffa, Safed, Tiberias, Acre, Nazareth, Beit Shean, Ramie, and Haifa. All of the official PA maps of “Palestine” continue to include all of Israel. 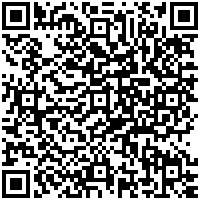