In the three years since President Obama has been in office he has “engaged” Iran, invoked “sanctions” with multiple loopholes, and signed off on “tougher sanctions” that are too late to be relevant. While he has “removed nothing from the table”, it nonetheless appears that the administration, by its terminal foot-dragging, neither wants to attack Iran under almost any circumstances, nor wants Israel to attack.

This week, President Obama announced the freezing of the Iranian government’s assets in the US. But it was another in Obama’s sleight of hand sanctions. He still refuses to accept the Senate’s decision, passed by a majority of 100-0, to impose paralyzing sanctions against Iran’s central bank and its oil industry. Obama plays the delaying game while giving a false impression to his gullible supporters – especially liberal American Jews – that he is supposedly doing everything to stop Iran short of military attack.


The harsh truth is that President Obama has gone into ostrich mode and stuck his head in the sand. Although “tougher sanctions” should have been implemented years ago, it is questionable whether they would stop Iran’s clerical leadership from developing a nuclear arsenal.

Mr. Obama appears clueless. As Professor Niall Ferguson recently noted in The Daily Beast, there are those who believe “a nuclear-armed Iran is nothing to worry about….[and] States actually become more risk-averse once they acquire nuclear weapons.” This wishful thinking prefers to view Iran as if it were the Soviet Union during the Cold War and the threat of MAD – Mutually Assured Destruction – is still a viable alternative.

World renowned Mideast historian, Professor Bernard Lewis said at the 2008 Jerusalem Conference: “Iran’s leadership comprises a group of extreme fanatical Muslims who believe that their messianic times have arrived,” he warned. “Though Russia and the US both had nuclear weapons, it was clear that they would never use them because of MAD. Each side knew it would be destroyed if it would attack the other. But with these people in Iran,” Professor Lewis explained, “MAD is not a deterrent factor, but rather an inducement. They feel that they can hasten the final messianic process. This is an extremely dangerous situation of which it is important to be aware.”

Iran’s Shi’ite theocratic leadership, headed by its “Supreme Leader” the Ayatollah Ali Khamenei and his acolyte, President Mahmoud Ahmadinejad, sincerely believe that this is the apocalyptic age, which will result in the triumphant return of their messianic figure, the Twelfth Imam, or “the Mahdi.”

To understand the Iranian leadership’s motives and mindset, and that their present is predicated on their “focus[ing] on the past”, one must understand Islamic history.

After the death of Islam’s founder, Muhammad, a bloody dispute ensued. The Caliphate went to Muhammad’s father-in-law, Abu Bakr, rather than Ali, Muhammad’s cousin and son-in-law. The Muslims who supported Ali called themselves the “Shi’a- Ali” or “Partisans of Ali.”

In 656, the Umayyads revolted against Ali and established the Umayyad Caliphate. Authority has been divided in the Islamic world ever since. The Shi’a Ali, or the “Shi’ites”, recognized only the successors to Ali, and gave these successors the title “Imam” – “spiritual leader of Islam.”

In Shi’ite history, Ali is the first Imam, followed by a total of eleven Imams, who passed their title down to their sons in hereditary succession.

However, the eleventh Imam, Hassan al-Askari, died without a son. Shi’ite Islam, divided into different sects, the most important was the Qat’iyya – “those who are certain.” They believe that al-Askari really did have a son, Muhammed al-Mahdi. The Shi’ite sect that believes that “the Mahdi” – the “Twelfth Imam” – hid himself in the 9th century and remains in hiding, is called the “Ithna-Ashari”, literally “Twelvers”, and is the dominant Shi’ite group that now rules Iran.

According to the Shi’ites, at no time has the world been without an Imam. This last Imam, the Twelfth Imam, according to Shi’ite belief is still alive today and is awaiting the time when he will return, guide the world, and restore Shi’a to its proper place as The universal religion.

The “Ithna-Ashari” sect of the Shiites (90% of the 75 million Iranians) has been Iran’s official state religion since 1502. The Ayatollah Khomeini turned it into an activist political doctrine and the basis for the present Iranian Islamic revolution. “Twelvers” also comprises more than half of Iraq and 27% of Lebanon including Hizballah.

Iran’s current rulers fervently believe the above. Hence, concerned experts, such as Bernard Lewis and Niall Ferguson point out that Khamenei and Ahmadinejad would even go so far as to hasten a nuclear showdown and cataclysmic strike via an attack on Israel and European and American interests (e.g.: Sunni Saudi Arabia) with its inevitable retaliation to hasten the arrival of the 12th Imam. Ahmadinejad called for the reappearance of the 12th Imam from the podium of the UN General Assembly, and in Iran, he declared that the main mission of the Islamic Revolution is to pave the way for the return of the 12th Imam. 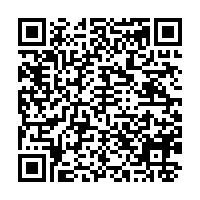