This is the 11th part of a series on Aliyah and Klita (absorption) stories of American Jews who came to Israel for ideological and religious reasons in the past years. The purpose of the series is to emphasize the quality of the early olim to Israel from America.

The entire world is in turmoil and yet people ask, “When will peace come to Israel?” Americans continue to be butchered by suicide murderers in Iraq and the world refuses to acknowledge that the real struggle is between Islam and the Judeo-Christian society. Just as the Moslem Arabs continue to butcher Jews in Israel, they butcher Americans in Iraq. Iran raises the specter of nuclear power and world leaders refuse to recognize the symptoms or take action to prevent these types of weapons from falling into the hands of the Moslem fanatics.

Many world leaders close their eyes and refuse to see the danger of world dominance by Moslem fanatics and refuse to listen to or speak the truth. So much of the anti-Israel rhetoric is not only anti-Semitism but also anti-Western philosophy, and the influence of oil and money suppresses honesty and justice in the hearts of world leaders. There is no place in the world as safe as Israel.

Moshe and Shoshana Berlin made aliya in 1971 from Boston. They were married one day before Shoshana graduated from Central Yeshiva High School, and thus she became the first graduate to wear a Tichel with a tassle at her graduation. Moshe graduated from Yeshiva College cum laude and did graduate studies in mathematics as a research fellow at M.I.T. He was fortunate to be “present at the beginning of the computer revolution,” working on the first computers such as Univac, IBM 650, 704 and 709. He spent 10 years working for the GTE Defense Division where the first mobile, digital computer (MOBIDIC) was tested for use in Viet Nam.

After working on some rather potentially destructive computer-controlled weapons systems, Moshe decided that he did not want to be involved in devices that might wipe out half a billion human beings if ever used. He moved to Michigan where he served as the Director of Planning at William Beaumont Hospital, applying computer technology and systems analysis techniques to plan the expansion of the hospital to well over 1,000 beds. Recently, Beaumont was ranked in the top five hospitals- medical centers in the U.S. They also lived in Brookline where he worked at GTE and served as president of the Young Israel Synagogue of Brookline for several years, and as President of the Orthodox Union New England Region.

In Israel, Moshe served as Israel Director of Yad Hanadiv (Rothschild Foundation) for over 30 years. Moshe and Shoshana have been blessed with five children who, with their spouses, have given them 27 Sabra grandchildren. Their daughter, Rachel Zipora, studied at the Pelech Religious High School for young women. Their boys all studied at the Hesder Yeshivat Har Ezion in Alon Shvut. The eldest, David Zvi, is a battalion commander (“magad”) in the armored corps who does about 100 days of reserve duty annually (!) and is an administrator of a religious high school in Jerusalem.

Daniel Ze’ev was a tank driver, and is a teacher of religious subjects in schools in Jerusalem and Gush Ezion. Joshua Dov, formerly a Givati brigade sergeant, is the carpenter of Yeshivat Har Ezion. Jonathan Namar, known as Rav Yoni, also formerly a Givati sergeant, is today the principal of Yeshivat Bnei Akiva Ner Tamid in Hashmonaim. A story about Rav Yoni appeared in his military unit’s “end-of-service” publication. One of his soldiers wrote movingly about Yoni. He wrote that when the mostly not religious soldiers saw that their sergeant was Dati with his Tzizit hanging out of his army pants, they worried that now they were going to suffer from being led by a fanatic. Rather quickly, the soldier wrote, they came to love Yoni for his qualities and character and for his genuine love and concern for his soldiers, even though they did not daven Vatikin. (see the picture of the Berlin family on this page)

David and Rifka (Richman) Monderer lived in Brooklyn and made aliyah in July, 1984. David worked in a family business and his family was not too thrilled when he gave notice that he was leaving for Israel. Aliyah to Israel, however, had been a pre-condition of their marriage, and David and Rifka had planned aliyah even before they were married. Israel, they believed, had to be their home. It took eight years but they did come, along with their three lovely little girls. They left behind a loving family – parents, married siblings and their children and many good friends. In Israel, they added twins (girl- boy) now 13 years old, to the family.

Today, David works in Ramat Gan as a diamond buyer for clients in the USA and he trades locally as well. They came to Israel because of their love for this country and the kedusha that is here. Anyone who had a YU education, which preached love for Israel, and anyone who prays daily and understands the words that he or she is saying, knows that there is only one home for a Jew.

Life is much easier in Israel today than it was when the Monderers came. When they came, many items could not be bought, either because they didn’t exist or because they were too expensive, but today they have become available and reasonably priced. Among the more important conveniences readily available today are soft toilet paper and disposable diapers and bread is packaged in a plastic bag rather than left open. Phones, difficult to get 20 years ago, are readily available and many Israeli families have several cellular phones. Today, the average American Oleh can afford to call his or her family in America regularly and can travel from time to time to visit them because calls and flights are significantly cheaper.

Yes, thank G-d there is a bit of an upswing of Aliyah. One problem with the new Aliyah is that so many new Olim professionals are flying back and forth to America each week or two to keep their practices in the States. There are over 400 weekly commuters between New York and Tel Aviv just on the El Al flights. It is very difficult to get a seat on the Thursday flights out of New York. While this split Aliyah can cause a serious strain on the families whose fathers are away so often, Americans come to live in Israel because living in Israel is so important and they can work out this compromise.

Olim of years ago did not have this option and often had to take low paying jobs because they were the only jobs available. The Monderers are proud that they live in Israel and are really happy in Israel. They invite you to come spend a Shabbat in their community of Petach Tikva and to see how many Jews have come over the years from America and from Europe to make Israel their home.

Chanie Goren (Flaks) came on Aliyah from St. Louis Missouri in September 1973. She was raised in a modern Orthodox, Zionistic family. Her father, Hyman Flaks, was the Executive Director of the Vaad Ha’ir and was active in the OU. She was a member of Bnei Akiva and came to Israel for the first time when she was bat mitzvah on a Mizrachi tour with two of her father’s aunts (since her parents’ families were all killed in the Shoah, the aunts were like grandmothers to her).

After high school she came to Hachshara on Kibbutz Yavne and decided to remain in Israel. She attended Bar Ilan University and once a year went home to visit her family. Over the years she lived on a Kibbutz (Yavne), a Moshav (Bnei Darom), and for the past six years she has been living with her family in Mercaz Shapira.

Chanie married an Israeli of Persian origin, has six children and feels that she has made mix of Sefardi and Ashkenazi in her family and produced Israelis. Chanie is mid-stream politically and religiously. She has five sons and one daughter. Four of her sons served in the Israeli army and her daughter is a student at Hebrew U.

Chanie came on Aliyah because she believed that the Jewish future is in Israel. When she left St. Louis she left behind her immediate family. She left behind an easier life materialistically but she also left behind a place where she couldn’t walk around by herself at night or even during the day in some parts of the city. She left behind a feeling that America was a nice place to visit, but her roots and sense of connection were in Israel.

Her major contribution to Israel is her family. She gave her family and herself roots in a country that is hers. It is a country to be proud of and one that she and her family have fought for. She has shown them that it may be easier to live in America but the bottom line is, “How many televisions, toasters, and microwaves does a person need?”

Before they entered the army, she and her husband took each child on a trip abroad so that he or she could widen his or her horizons. Happily, the children always found that they were glad to come back to Israel – to their home. Chanie works for a pharmaceutical company and is in charge of Human Resources at the production plant. She and her husband have a family business and their children are part of the business. Chanie added that she believes that Americans who came on Aliyah years ago are doctors, lawyers, engineers and business people who have been quite successful! 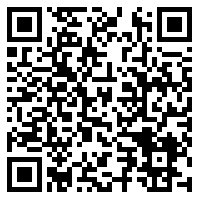