We are happy to note that once again the Brandeis Center for Human Rights is tackling a serious episode of antisemitism, an undertaking which in the old days would have fallen to the Anti Defamation League (ADL).

The Brandeis Center announced that its attorneys are representing American Quality Products, the manufacturer and distributor of Ben & Jerry’s ice cream in Israel, in a lawsuit charging Unilever and its Ben & Jerry’s subsidiary of unlawfully terminating its 34-year business relationship with AQP in order to boycott Israel.


Sadly, the ADL now seems to focus most of it resources on promoting LGBT rights and supporting the Democratic party’s overblown war on white supremacists and away from black anti-Semitism  rather than drilling down on antisemitism. In fact, the ADL’s 2021 “Murder and Extremism in the United States” report is receiving criticism for allegedly covering up Black, Nation of Islam, and Muslim antisemitism for political and ideological reasons instead of drilling down into the actual evidence.

The lawsuit filed in a New Jersey federal district court alleges that as a condition of continuing the business relationship, Unilever demanded that AQP had to boycott certain parts of Israel over the Green Line while continuing to sell in other parts of the country. This, the suit charges, is illegal under Israeli law as well as U.S. law and policy; and when AQP refused to comply, Unilever refused to renew its license to sell the Ben & Jerry’s products.

Many will be surprised and perhaps gratified to hear that there are a number of serious laws in play in this type of dispute, according to the lawsuit.

For instance, Israel’s non-discrimination law, which prohibits discrimination in the furnishing of a product or public service on the basis of race, religion, nationality, place of origin, gender, secular orientation, age and residence. There are also Israeli laws prohibiting any person from knowingly calling for a boycott against Israel or an area under its control.

As far as relevant U.S. law is concerned, there are the Export Control Reform Act, the U.S. Tax Code, the U.S.-Israel Trade and Commercial Enhancement Act and numerous state anti-discrimination policies and anti-boycott laws that are in place.

Several weeks ago we explored the U.S. Department of Education’s investigation into charges that Jewish students at Brooklyn College, a unit of the City University of New York, have for years been subjected to persistent and systematic antisemitic harassment from both professors and fellow students. That problem, too, fell to the Brandeis Center, which prepared and submitted a formal complaint on behalf of several students at the college triggering the DOE probe and alleging that Brooklyn College had allowed a hostile, antisemitic environment to proliferate on it’s campus in violation of Title VI of the Civil Rights Act of 1964. Of course, violations could jeopardize federal funding for the school.

The complaint outlines how professors and students regularly malign Jews on the basis of race and ethnic identity, advancing age-old antisemitic tropes about Jewish conspiracy and control. Of more recent vintage is a narrative that Jews are “white” and privileged and therefore contribute to systemic oppression of people of color.

Also according to the complaint, Jewish students who challenged the divisive attacks were met with further harassment and intimidation from faculty and administrators, who told students in sum and substance to “get your whiteness in check” and to “keep your head down” rather than challenge the status quo.

As we have noted in the past, the depredations of well-entrenched anti-Jewish and anti-Israel student groups in recent years have been well-documented in The Jewish Press and elsewhere. They are a serious threat to the ability of Jewish students to speak their minds, and indeed to their safety as well. There is a clear and present danger that a good portion of the next generation’s decision-makers will never have heard the flip side of the diatribes of campus bigots.

It is very sad that the ADL, for its own reasons, has dropped the ball, and hand-wringing from bystanders doesn’t accomplish anything, so we are gratified that the Brandeis Center has entered the arena in a meaningful way. 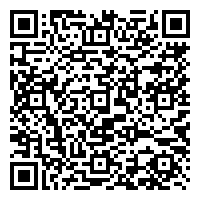