The United States Supreme Court began its new term on Monday amid a swirl of speculation as to how it will come out on several significant issues, including gay and transgender rights, immigration, abortion, guns and religious rights. The uncertainty is the result of the coming-into-its-own of the new 5-4 majority of so-called “conservative” judges and the fact that many of our fiercely controversial federal laws were enacted by left-of-center Congresses and passed upon by like-minded Supreme Court majorities.

Many fear significant reversals that would radically change much of our very social infrastructure. What is intriguing is that those who fear the worst act as if the existing order is something akin to the revealed word. And therein lies a fascinating tale.


In a recent issue, we noted in this space the continuing severe media criticism of Senator Mitch McConnell, the Republican Majority Leader of the United States Senate, over his refusal to allow the Senate to take up President Obama’s nomination, in the final year of his presidency, of federal appeals Judge Merrick Garland to succeed Antonin Scalia on the Supreme Court. McConnell publicly reasoned that the 2016 presidential elections were looming and the new president – hopefully a conservative Republican, he said, and not a left-leaning Democrat like Obama – should do the choosing.

We found it ironic that McConnell, the top Republican at the time, was nevertheless savaged by Democrats and the media for, Heaven Forbid, having defied the top Democrat at the time and played politics with judicial selections.

We then fast-forwarded to an interview Justice Ruth Bader Ginsberg had recently given to NPR. She was asked why she didn’t retire at age 84 in 2016 when she became ill and when President Obama could have nominated her successor. Justice Ginsberg responded with:

It has been suggested by more than one commentator, including some law professors, that I should have stepped down during President Obama’s second term. When that suggestion is made, I ask the question: Who do you think the president could nominate that could get through the Republican Senate that you would prefer to have on the court than me?”

We don’t think she was concerned so much about relative judicial talent but rather the nurturing and extension of the liberal agenda she believed to be the natural order for America. If there is any doubt on this score, Justice Ginsburg doubled down last week in remarks at Amherst College.

In the course of her presentation, Justice Ginsburg was asked how she thought people would characterize this period in American history. This key member of the current liberal wing of the Supreme Court replied, “As an aberration.” To be sure she went on to say, “The pendulum goes too far to the right, it’s going to swing back. The same thing too far to the left. So I’m hoping to see it swing back in my lifetime.” But it is clear what she perceives to be the normal and what constitutes a departure from it.

When asked whether she was hopeful, she responded “Over the long haul, yes.” The celebrated women’s rights lawyer before her judicial service also confided that “I’m still an advocate.”

Small wonder, then, that the left is horrified, perhaps justifiably, by the very real prospect that some of their longtime core notions of public policy are in serious jeopardy before a newly fashioned right-of-center Supreme Court.

Thus, the Court is positioned to decide some very big deals. On its current docket are such questions as to whether the U.S. Civil Rights Act protects gay and transgender people from employment discrimination; whether the Trump Administration has the power to strip protection from the 800,000 immigrants known as “Dreamers” who were brought to the United States as children; whether abortion rights should be restricted; whether there should be an extension of the Second Amendment’s right to bear arms; whether states can bar otherwise qualified schools from general aid programs solely because of their religious orientation?

Equally as important as the substantive issues are the general principles the Court will apply in making its determinations. All in all we rather think a broad overhaul could be a very good thing. 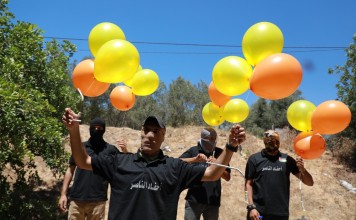 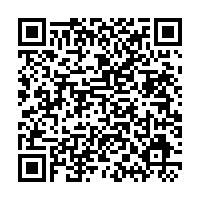