They were lining up for gas masks in Israel.

Apparently, at the very time of year we are supposed to be full of simcha, Hashem wants us to be aware of the possibility of danger. Indeed, during the Yom Tov of Sukkos, we read cataclysmic haftaras dealing with the ultimate war, the Milchemes Gog Umagog. Where does that war take place? In the Holy Land, of course, where the eyes of the world are always focused.


Why are these events associated with Sukkos?

I spoke with two great rabbis about the threat of war. Rabbi Yitzchak Berkovitz discussed the devastating conflicts predicted for the end of history. Who can know whether he or she will live through these wars?

Rabbi Avigdor Nebenzahl recently wrote the following: “We must internalize that [Hashem] runs the world. He decides what is happening today in the world, not Assad, not Obama, not Netanayahu…. Hashem determines. We emphasize this in the tefillah of Rosh Hashanah: ‘Regarding countries, it is said on this day which is destined for the sword, and which for peace, which for hunger and which for abundance….’ We need not fear any human being, for He is with us. When we do as we are supposed to then He will shower us with good things….”

Since Rosh Chodesh Elul we have been reading, twice a day, the words of King David (Psalm 27): “Hashem is my light and salvation; whom shall I fear? Hashem is my life’s strength; whom shall I dread? When evildoers approach me to devour my flesh, my tormentors and my foes against me, it is they who stumble and fall. Though an army would besiege me, my heart would not fear; though war would arise against me, in this I trust.”

It seems illogical that wars are associated with Sukkos, the culmination of the entire Yom Tov cycle. This is “z’man simchaseinu…the time of our gladness,” when we sit in our sukkah enveloped in mitzvos, drinking in spirituality. The sukkah and the arba minim draw a circle of protection around us on every side. Why does the Torah associate this season with not just war, but the Ultimate War? Why, in general, is war associated with the end of history? Can Mashiach not come peacefully?

Of course he can – if we merit it.

Let’s look back on history. There is so much conflict. After Adam and Eve emerged from Gan Eden, when only four people existed in the entire world, one son killed his brother. Thus history began, and bloodshed has not abated in the intervening millennia.

There have been countless “peace movements” throughout history, but they have not altered the nature of life on this earth. World War One was called “the war to end all wars.” I need not tell you how woefully inaccurate that characterization turned out to be.

Am Yisrael says, “Achas shoalti…one thing I asked of Hashem, that shall I seek. Would that I dwell in the House of Hashem all the days of my life, to behold the sweetness of Hashem and to contemplate in His Sanctuary” (Psalm 27).

When are we going to see that “sweetness” and why are we having so much trouble getting there? Why is “z’man simchaseinu” associated with war?

Actually, it all makes so much sense.

Just picture it. The entire world is focused on Israel. What else concerns the world? There are countless hot spots, but everyone is on Israel’s case. There are countless instances of land being conquered in war but only Israel is being asked to give up its own – and biblically bequeathed – land to its enemies.

Maniacs abound, but why are they focused on Israel? Why was the dictator of the Third Reich, may his name be ground to dust, obsessed with Jews? Were there no other problems, no other peoples to hate? Why do the madmen and haters all agree on one target?

The nations of the world sense that the End is fast approaching. The prophets have told us that the civilizations that oppressed Israel for thousands of years – the nations that descend from Esau and the nations that descend from Ishmael – will disappear at the end of history, when Mashiach will rule and the Beis HaMikdash will cast its holy light over the entire world. The nations somehow know this time is close. They know the time of their rule is almost over and that the Age of Mashiach is about to begin. 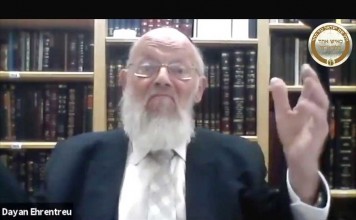 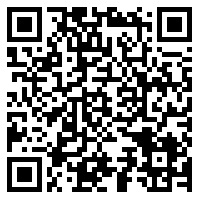