“Rabbi Yochanan said that day [when the children of Israel wept in the desert] was the eve of Tisha B’Av. The Holy One said, ‘You have wept for no reason. I will fix on this day weeping throughout the generations.’ ” – Maseches Ta’anis 29a

This is how Tisha B’Av became the Day of Tragedy.


“You have wept for no reason.”

Is it possible that, because of “weeping for no reason,” two Temples were destroyed, thousands of years of exile were decreed, centuries of crusades, pogroms, inquisitions, Chmielnicki, Stalin, Hitler, Arafat, bin Laden, Ahmadinejad? Mayhem, persecution, torture, murder?

We are about to begin the Three Weeks. Let’s try to understand what happened.

Listen to the report of the meraglim, the spies: “We cannot ascend to that people for it is too strong for us…. The Land through which we have passed, to spy it out, is a land that devours its inhabitants. All the people that we saw in it were huge. There we saw the Nephilim, the sons of the giant…we were like grasshoppers in our eyes, and so we were in their eyes” (Bamidbar 13:31).

How did the meraglim know what they looked like in the eyes of the giants? The answer is clear: They were looking at the world from the giants’ perspective. This is what happens when you fear someone.

From this we can comprehend the imperative “I have set Hashem in front of me always” (Tehillim 16:8). If Hashem is not “in front of” us, something else is going to be there. And when you compare Hashem with “something else,” you are comparing Life with death.

It all started, of course, in Gan Eden. Eve began to look at things from the snake’s point of view. It all seemed so reasonable. Isn’t it good to be open-minded? Actually, it’s very dangerous. As Rebbetzin Esther Jungreis is fond of saying, “Some people are so open-minded, their brains fall out.”

We have free will, but we have to understand the consequences. We are given the choice between life and death. The Torah says, “choose life” (Devarim 30:19). It is fatal to look at life without looking from Hashem’s perspective. As soon as Eve’s mind was open just a crack, the possibility of seeing things from a godless perspective became real. Suddenly, that crack widened to the size of an elephant, then Mount Everest, and then it became a huge Black Hole that swallowed both Adam and Eve, swept them out of their secure and perfect home and catapulted them into the tumultuous, tortured world we have inherited.

“Meraglim” may be rooted in the Hebrew word “regel,” those who went on “foot” into the Holy Land, but it’s interesting that in English we see a hint of the word “mirage.” Perhaps it’s just coincidence, but we know there are no accidents. We can learn from this that if we follow a mirage, we are headed for terrible trouble.

How could the meraglim have believed they looked like grasshoppers? We say every morning, “My God, the soul You placed within me is pure. You created it. You fashioned it. You breathed it into me. You safeguard it within me….”

Are we created in the image of God or are we grasshoppers?

I am writing these words from the holy city of Yerushalayim. You know how it is here – there are thousands of cats. When some underfed kitten presses against your leg and makes that plaintive “meow,” you want to reach into your pocket and find something to feed it. You get an urge to talk to them, to say, “I’m so sorry, I have no food on me right now. If I had some, I would be so happy to give it to you.” And you really start thinking they understand you. 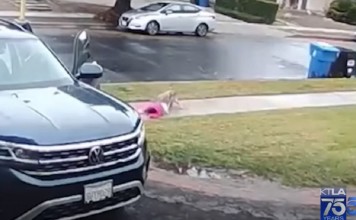 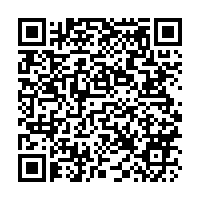