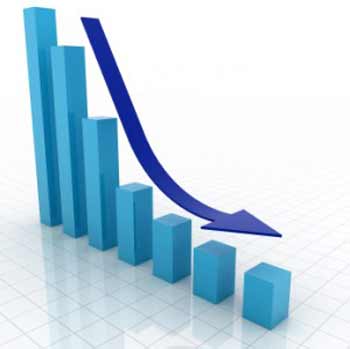 With the constant drumbeat of articles about “Orthodox” female rabbis appearing in the media almost weekly – essentially the same articles making the same points to the same eager audience, all to make the phenomenon of such “rabbis” seem commonplace – it is important to take a step back and examine how we arrived at this destination.

How is it possible that the ordination of women, something that until quite recently was perceived as incompatible with Jewish tradition, should suddenly be construed as acceptable to all, even to the nominally Orthodox but better described as neo-Conservative Jews?

The New Synagogue of Berlin on Oranienburgerstrasse, which today functions exclusively as a museum of German Jewish history, displays the “ordination” certificate of Regina Jonas, purportedly the first woman to receive the title rabbi. She was ordained in 1935 after writing a thesis for the Reform seminary in Berlin on the permissibility of women’s ordination. Naturally, she concluded that women can be ordained. Nonetheless, most of her contemporary Reform rabbis – including Rabbi Leo Baeck, the dean of the German Reform Rabbinate – discounted her thesis and opposed her ordination as violative of Jewish law.

Her certificate was signed by Rabbi Max Dienemann and she served for several years as an assistant rabbi at the Oranienburgerstrasse temple; even they could not countenance a woman as the full-time rabbi. Sadly, Rabbi Jonas was deported to Theresienstadt in 1942 and murdered at Auschwitz in 1944.

For decades she had no successors, and all denominations of Judaism, even those that did not otherwise revere or adhere to Jewish law, assumed that women were not eligible to be rabbis. What changed?

What changed were two distinct yet interrelated phenomena that pervaded the American cultural and civic scene in the 1960s: feminism and anti-authoritarianism. Feminism was an aggressive response to the dominance of what was deemed the “patriarchy” of life – the sense that men ruled, controlled the levers of power, wealth and influence, and thereby suppressed women. Certainly, feminism had some successes, although none that was unequivocal. Women entered the work force in larger numbers, women today outnumber men in colleges and most graduate programs, and women have become much more self-sufficient economically.

Feminism also allowed women greater self-expression, a decidedly mixed blessing for all. For example, feminism empowered women to be as promiscuous and as openly lustful as men, as Pyrrhic a victory as has been seen since King Pyrrhus himself ravaged his own armies in 280 BCE. Marriage has suffered grievously; the latest statistics show that today barely half of America’s adults are married (only 42 percent in New York City), the lowest rate since 1961.

Children, too, have been raised with a “new normal” in which homes are less stable and parental influence less forthcoming. Certainly there are many exceptions, but the culture has changed dramatically. The assault on the patriarchy has succeeded so magnificently – although never enough to please the diehards – that, if anything, real men (in the traditional sense of the term) are said to be in short supply and the shirking of male responsibilities (fidelity to wife, parenting children, supporting families, etc.) is a social epidemic.

By the same token, the turbulence of the 1960s – especially the Vietnam War, the urban riots and the assassinations of respected figures – produced a distrust of government and a pervasive antagonism toward authority. Tradition – both in terms of religion and social conventions – became suspect and required a renewed validation after an independent review of its worth and merits. Politicians were largely reviled, and religious leaders were soon after held in contempt by much of “enlightened” society, especially the media. The entertainment industry typically portrays clergymen as venal, hypocritical, and corrupt, and those are the good ones.

Young people took pride in not listening to their elders and escaping into drugs and alcohol. Oppositional Defiant Disorder entered the psychological lexicon a decade later. “The wisdom of the scholars was reviled, fearers of sin scorned, [objective] truth will disappear, children will embarrass their elders, [and] the old will stand before the young…” (Masechet Sota 49b).

The male rabbinate was “tartei l’rei’uta” – the worst of both worlds. It was limited to men and the loathed symbol of religious (and therefore objective) authority. As such, the male rabbinate was a feminist/anti-authoritarian nightmare, and had to be undermined. In 1972, Sally Priesand was ordained the first female Reform rabbi in the United States. 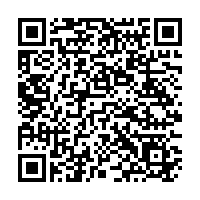