The third factor that influenced the formulation of the Rav’s Agudist position was the role models he encountered in America. The Rav came to the United States in 1932, brought over by the Chicago Hebrew Theological College. When the Depression hit, the community was unable to honor the contract, so the Rav moved to Boston.

Religious life in Boston was a challenge and the person Rav Soloveitchik respected most was Rabbi Eliezer Silver, a student of Rav Chaim Ozer who had come to America and worked in the insurance business before serving as a community rabbi in Harrisburg, Pennsylvania. In 1937 Rabbi Silver led the American delegation to the last European Agudah conference and received a mandate to establish Agudah in the United States. Rav Soloveitchik was one of the founding members.

In the late 1930s, when the rabbinic leaders of Agudah refused to support a boycott of Germany and Hitler, the Rav sided with them. This decision seems perverse in hindsight, but we must recall that the Agudah of that era was still stuck in the mindset of the ghetto. Agudah leaders maintained an inherent aversion to confronting government authority and felt a boycott would only anger Hitler and make the situation worse for European Jews.

The initial catalyst for the Rav’s switch from committed Agudist to powerful and eloquent advocate for Religious Zionism came in 1943, when the horrific nature of the ongoing destruction of European Jewry became evident. American Jewry woke up to Hitler’s crimes and many members of the Agudah leadership who had rejected a boycott in the 1930s announced the time had come to take action.

Two days before Yom Kippur, Agudah leaders, the Rav among them, marched to Congress to request a meeting with the president. The greatest rabbinic delegation America could muster was denied an audience. Their protest went unanswered and they returned home, defeated and dejected.

When the full extent of the destruction of European Jewry was revealed, it caused the Rav to make a frank and full reevaluation of his philosophy. He came to the decision that he had been wrong – wrong about the primacy of rabbinic edict in the realm of hashkafa and wrong about the relevance of Jewish activism.

In his addresses to the American Mizrachi Association, which were subsequently transcribed as the Chamesh Derashot, the Rav explained the first aspect of his change of heart. He noted that in the realm of halacha the rabbinic majority reigns supreme. God gave the Torah to man, and our capacity for halachic creativity and decision-making is axiomatic to a vibrant relationship with God.

In hashkafa, however, the rules are different. For questions that are outside the four volumes of the Shulchan Aruch, the focus is not on man’s insight and deduction; rather, we have to constantly evaluate what it is that God wants of us. We have to continually reevaluate our decisions to ensure they align with ratzon Hashem (the will of God), and we have to adapt to the world around us.

In hashkafa there is no edict that is infallible and no rebbe who is exempt from this obligation for constant reappraisal and review. Once halacha is fixed by man it becomes law and even God cannot alter it – as the heavenly voice affirms, lo bashamayim hi, it is not in heaven. Hashkafa, however, must be in a constant state of flux and adaptation.

The Rav connected this message to the conflict between Yosef and his brothers. All the children of Yaakov knew there would be an exile, as had been revealed to Avraham. Yosef wanted to question the comfortable life of the family and challenge them to rethink the status quo of life in Canaan in preparation for the inevitable trials ahead. The brothers rejected this. They judged Yosef guilty of treason for even suggesting it; they were happy with life in Canaan, comfortable, settled and secure. The Divine Voice rang out that Yosef was right. Yosef’s visions proved true and he eventually ended up as viceroy over all of Egypt, able to guide his family safely to Egypt and soften the blow of exile.

The Rav explained that the Mizrachi of 1902 represented Yosef HaTzaddik and Agudah represented the other brothers. Mizrachi wanted to reevaluate Jewish life in Europe, to prepare for the Jewish future and ensure Jewish continuity, whereas Agudah was content with the status quo. Mizrachi fought and dreamed, and without it there would have been no place for refugees to go following the war. Without the yishuv, Hitler would have killed Judaism. The Rav saw this as a full retroactive justification of Mizrachi philosophy. 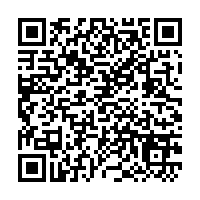