Agriprocessors was also accused of hiring illegal immigrants and maintaining unsafe conditions in the plant. How are you dealing with those issues?

Again, I don’t want to discuss the past. We have put in a very strong human resources department, which uses “e-verify” to make sure that we do not hire illegal workers. That’s part of our business plan.


We have also been investing millions of dollars into the plant, upgrading health and safety to improve the facility and make it a safe environment.

Some people have criticized Agri Star for its employment of three members of the Rubashkin family, considering that the Rubashkins founded and ran the controversial Agriprocessors company.

There is no basis for that criticism. We bought the company’s assets out of bankruptcy at a court-approved auction. At the time that Agri Star took over the plant, hundreds of employees who had previously worked for Agriprocessors’s bankruptcy trustee had the opportunity to apply for employment by Agri Star. Most, if not all, of these employees were hired by us when Agri Star commenced operations.

According to a recent news report, some Postville locals are complaining – like they complained about the Rubashkins – that you are not sufficiently involved in the larger Postville community.

We have priorities. The first priority is putting the business back in order, which will take time. We will be part of the community – whether it be the Jewish community or the non-Jewish community. But priority number one is to put the plant back on its feet. The people who have been complaining about us started doing so even before we actually took over the plant. They seem to be far more driven by their combined agenda than by any genuine desire to restore the plant or to make Postville a better place to live.

In the meantime, we have met with Postville’s mayor and city council several times already and spoken to them about any concerns they have. They have been supportive and we appreciate that. We’re on top of it. We will be community oriented.

Is there any message you’d like to convey to kosher consumers?

People need to know that we are here to stay. Our goal is to provide the highest quality products to the Jewish community. We will succeed and when we do, everyone will be better off.

Also, people should know that our plant is the only plant in the world, outside of Israel, that is specifically designed to slaughter and process kosher meat. (Other kosher meat companies use existing non-kosher facilities.) That’s why the world is focused on it.

Finally, our plant is ideally located in Iowa where there’s a large concentration of the highest quality cattle called Black Angus. In the non-Jewish world, they advertise Black Angus steaks very heavily. It’s considered the best beef. This past year, the kosher consumer has not been getting that premium product. We’re going to bring it back very shortly. 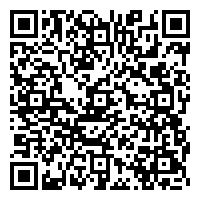