Every morning, elementary school teacher Pedut Rotnemer, a dwarf with a sparkle in her eye, greets each of her students with a personalized handshake that includes elaborate hand-clapping, dancing and hugs. This good-morning ritual was inspired by Kansas teacher Jerusha Willenborg who hit on the idea when she was looking for a way to make each student feel special. “It’s a great tool for every teacher,” Pedut says, “But in my case, my short stature lets me greet every student at eye-level, so it’s even more powerful.”


On Becoming A Teacher

Pedut had always been interested in drama and teaching. Although friends and acquaintances urged her to forget about drama and follow a run-of-the-mill career path in computer programming or accounting, Pedut was determined to follow her dream. With her parents firmly behind her, she enrolled in Shvilei Beis Yaakov, a seminary that gave her the chance to earn a certificate in drama as well as in teaching. From there, she was sure it would be a short step to landing a job. She was wrong.

“I didn’t include my height in my CV, because my family had always taught me that dwarfism is a non-issue. Some people are short; others are tall. You wouldn’t expect an exceptionally tall person to state his height, so why demand that of someone short?” Pedut says. “At my first interview, the surprised principal started off by heaping brochos on my head.” After asking Pedut how she’d reach the blackboard and wondering how she’d explain Pedut’s presence in the school to the students and parents, she told her that she was terrible sorry, but she really didn’t need a teacher after all. “I had traveled an hour and a half to get to that interview. If the principal didn’t need a teacher, then why had she called me in?” Pedut asks. Then she continues, “That day I learned that there are people with hearts of stone who can shatter your dreams. We’re taught to accept those who are different from us, but when it comes to putting actions into words, some people don’t always manage to pass the test.”

Pedut, however, wasn’t going to give up her dream because of one sour interview. Luckily, her daily, hours-long ritual of scouring the wanted ads and making phone calls paid off once again and she was soon called in for an interview. Considering her previous experience, she wondered if she should forewarn the school. She turned to her father for advice.

“Why tell?” he asked with the same conviction in his daughter’s capabilities that he’d always had. “No one notices that you’re short.” He was wrong.

Pedut faced 17 rejections before her perseverance paid off. Finally, at Ahavat Yisrael (Rappaport) girls’ school in Jerusalem, Pedut found a principal whose heart wasn’t made of stone. The principal gave her a job teaching drama to the first and second grades and Jewish Studies to the sixth grade. And how does she reach the blackboard? With a chair. And what does she tell her students? The first lesson in every class is devoted to answering any questions the students have. Pedut smiles as she reels out some of the questions that she has been asked. “Do you have a hat with a pompom like all dwarfs?” “Did you drink too much coffee when you were a kid?” “Will you marry a dwarf?” Questions over, class begins. “The children get used to my stature quickly. It’s the adults who take longer to get used to someone different than them,” says Pedut.

Just the Same as You

Pedut, fast-paced and full of vitality, becomes thoughtful when she speaks of her childhood. “My parents believed in me. My brothers and sisters, both older and younger than me, supported me as well. Having a sister with dwarfism never stopped them from bringing home friends. In fact, they probably brought home more friends than average,” she says. “My parents didn’t make any technical changes in the house to make things easier for me. They gave me the feeling that I could manage anything and their belief in me taught me to believe in myself. Even today, if I want a bowl of soup, I have to decide if I want to get a chair and reach for the soup bowls on the upper shelf in the kitchen cabinet, or just use a cup from the lower shelf,” she says.

This stable base helped tremendously when the family moved from France to Israel. Pedut was five. “I’d never felt different, but when I started school, I began to feel the size difference between me and the other girls. My sleeves would get wet when I washed my hands because in school the basins are higher than in kindergarten. If I sat on a chair, my feet didn’t reach the floor. When we stood in rows for a performance, I was always placed on the bottom row right at the end,” she says.

Pedut’s determination and sparkling personality powered her forward past the discrimination and thoughtlessness that she sometimes faced. “When I turned up for a babysitting job that I’d landed, the mother looked at me and decided that she wasn’t going out that night,” Pedut recalls. Another well-meaning but tactless woman suggested that Pedut pile her hair on the top of her head to make her look taller. A sales lady in the clothing store rained brochos for good health on Pedut and ignored her friend. Pedut pauses and smiles as her sense of humor surfaces. “Sometimes my height works in my favor – a shop keeper once gave me a hefty discount on the prizes I bought for my students because, he said, ‘you’re like that.’”

Even well-meaning comments, however, can cause pain. “I’m not made of iron and the things that people say have the potential to hurt me,” says Pedut. “But over the years, I’ve learned to internalize what my parents taught me. They always said that people’s words are witness to who they are. In no way are their words a reflection of who I am.” She pauses and adds, “Allowing yourself to be hurt by someone’s words is a choice you make.”

Despite the hurdles and the naysayers, Pedut reached for her dream. “Your particular circumstances don’t dictate which path your life will take – you decide,” she says. “My family has no pull in the right places that could have guaranteed me a teaching job… but I was determined.”

Pedut however didn’t rest on her laurels once she became a teacher. Quickly, she realized that as a teacher with dwarfism she could reach out to children and help them simply by being herself. “When one student, an orphan, told me that she would be embarrassed if she were a dwarf, I told her that a person should never be embarrassed about something that Hashem has given them. She should be embarrassed only if she does something wrong, such as lying, stealing, or hitting someone. The girl was quiet for a moment and then she admitted that she was often embarrassed by the pity she received from other people. I learned then that when my students see that I’m able to move beyond my challenges, it inspires them to soar above theirs,” says Pedut.

Once Pedut realized that she was able to inspire others, it didn’t take long for her to reach higher. Her motivational lectures are lively, theatrical performances filled with peppery humor directed at herself and others. By acting out her own challenges and showing how she overcomes them, the audience is inspired to stop, think and grow. “I don’t tell people what to do. I simply share the tools that I’ve personally used successfully. People can decide if the tools work for them too,” says Pedut.

Everyone takes home a different message. Some are helped with their shalom bayis, others with their children. And others are inspired to follow their dreams. “After one lecture, a young woman approached Pedut with an album full of photos of exquisite cake arrangements. She explained that she had always dreamed of opening a baking business but had been discouraged by all the naysayers. After hearing me speak she changed her way of thinking. She realized that we create our own limitations. Now she has a successful business,” says Pedut.

In the classroom, Pedut has initiated a program that gives her students the motivation and desire to reach for high goals. “At the beginning of the year, I give out a questionnaire that helps me pinpoint the strengths of each girl. I speak to them, to their homeroom teacher and to their parents. After about a month of intense work, I have a clear idea of who the girls are and what their forte is. Writing, acting, singing, backstage management, costume production… everyone is born with a strong point. My job is to help bring it out,” Pedut says.

And the result? “When a girl shines at something and successfully carries out the responsibility that she has been charged with, the success spills over into other areas of her life. One student, who had always struggled with English, was motivated to try for success after she had been put in charge of the choir,” Pedut says. She recently presented this classroom initiative at a teacher’s convention in Binyanaei Hamua, the International Convention Center in Jerusalem.

Whether it’s a worldwide conglomerate such as Intel or Coca Cola, a government institution such as the Ministry of Education, the Ministry of Health or the District Court in Tel Aviv, a school or a neighborhood gathering, Pedut’s powerful words speak to everyone motivating them to stretch towards their dreams. “You don’t need to be a psychologist to inspire others; you need to use your words with care,” says Pedut.

The words that a person utters are a witness to who they are. Their words are not a reflection of your essence. Allowing yourself to be hurt by someone’s words is a choice you make.

Don’t let others tell you what you can do. They may be right… for themselves. But they aren’t right for you because they don’t have your talents and they have never stood in your place.

After the ‘no’ always comes the ‘yes.’ Your future doesn’t depend on how many ‘nos’ you get. It depends on how many times you can hear the ‘no’ and still keep moving forward.

Nothing is easy and nothing is hard. The question is: How much effort are you willing to invest to get to your goal? 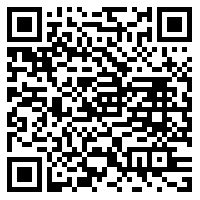