Not a few rabbinical eyebrows were raised last week in Israel when Rabbi Menachem Perl, head of the Tzomet Institute for Technology and Halacha, declared that, under certain conditions, a robot could write a kosher Sefer Torah.

While the idea may sounds radical, no one in Israel questions Rabbi Perl’s strict fealty to halacha. He learned for 12 years in Shavei Hevron Yeshiva and Yeshivat Mercaz HaRav and served as rabbi of Maale Hever, as head of the IDF Beit Midrash for Halacha, and as chief rabbi of the Israel Fire Department until he was appointed director of the widely-respected Tzomet Institute in 2016.


The Jewish Press recently asked him about his halachic proposal.

The Jewish Press: Can a robot really write a Sefer Torah?

Rabbi Perl: In my humble opinion, there isn’t any real halachic obstacle to a robot writing [a Sefer Torah] provided that a sofer manually operates the writing of each letter – by, for example, pressing a button – and writes the names of Hashem.

However, since there is a considerable amount of innovation in this halachic understanding, the leading halachic authorities of the generation will have to give their consent to any practical application of it.

Doesn’t writing a Sefer Torah demand holiness, yirat shamayim, and willful intention? If so, how can a robot write a Sefer Torah?

The writing must be for the sake of the mitzvah, and kavanah is especially required when writing the names of Hashem. But my assertion is that if a scribe with yirat shamayim operates the robotic mechanism and the computer controlling it – and he himself writes the holy names with the necessary intention – the Sefer Torah will be completely kosher.

Is there precedent for such a ruling?

A few generations ago, there was a debate whether machine-made matzot [can be said to be made lishmah]. A similar question arose regarding making tzitzit threads with a machine.

It’s true that many people still prefer handmade matzot on Seder night, but machine-made matzot have received widespread halachic recognition, and hand-woven tzitzit threads hardly exist anymore. The main debate today is whether the machine [making them] can be operated electronically or only through “koach gavra” – via foot pedals, for example.

Have poskim debated the use of machines in writing Sifrei Torah – or tefillin and mezuzot –before?

Yes, they have, and many took a stringent stand, but they were discussing [an older] printing process, which involved coloring a printing plate with ink and pressing it to a parchment or page. Printing is done differently today. The question [regarding writing these items using modern printing methods] has been discussed, but no definitive decision has been reached.

Are Torah-writing robots in use today?

No. Four year ago, the media reported that a robot was created to write a Sefer Torah. The robot has several arms that can hover over the lines of a kosher parchment that had been properly prepared. Each “arm” holds an ink-filled quill. Thus, the robot can write several scrolls at once.

The writing resembles normal writing. The sofer activates the writing of each letter separately, in order, one after the other, and he himself writes the holy names with the necessary holy intention.

Are you looking to put scribes out of business?

Not at all. For people who want the highest standard possible, it is certainly preferable to search for a Sefer Torah, tefillin, and mezuzot that were manually written by a scribe due to the greater level of holiness that grace letters written with holy intention – as the Ramchal explains: “The level of holiness of a Sefer Torah, tefillin, and mezuzot stems from the influence of the sofer on the letters. The letters will shine with greater light according to the holy illumination his kavanah imbues the writing.”

So why introduce Torah-writing robots?

Because instead of taking a year, a robot can write a Sefer Torah in three months. The price of a robot-written scroll would be much less expensive. This would enable smaller, less-financially endowed congregations, schools, hotels, and places of work to afford a nicely-written, kosher Sefer Torah of their own.

In addition, there are people who look for tefillin and mezuzot at bargain prices just to have them for a bar mitzvah, or for their homes, without placing real value on them. This leads to a lot of forgery in the marketplace, with tefillin and mezuzot written on invalid parchment by untrustworthy scribes with passages often xeroxed on high-quality paper to look real.

Some contend that Sifrei Torah produced by robots would be “soulless,” but as long as the holy names are written by a scribe with kavanah, the scrolls would certainly be more “soulful” than the counterfeit “holy” writings that flood the market. 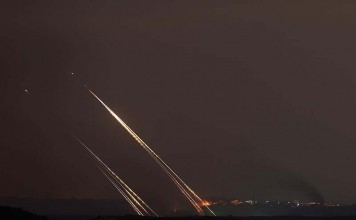