It was a bus ride that would change Sarri Singer’s life and the life of thousands of other victims of terror whose lives she went on to touch.

Terrorism had brushed past Sarri before this bus ride. In the summer of 2001, Sarri was in Israel. August 9, Sarri ended her meeting and began heading downtown for lunch. She didn’t get lunch. In the center of town, in the Sbarro pizzeria, a suicide bomber detonated his bomb, killing 15 and injuring 130.


A month later, Sarri was living on the Upper West Side and working downtown a few blocks away from the World Trade Center. September 11 was a late morning for her. “I’d overslept. When I switched on the TV to check the weather, I heard the news. I quickly called a coworker who told me that everyone was being evacuated. Months later, back at work, the burning smell was still strong,” she says.

Shaken by the tragedies that had skimmed by her, Sarri resigned from work and moved to Israel to help victims of terror. “I volunteered with different organizations helping victims of terror, until my money ran out,” Sarri says with a laugh.

Two years later, in 2003, Sarri was working in Jerusalem. On June 11, after spending all morning traveling by cab from meeting to meeting, Sarri was planning to join a friend for supper. Bus 14a was running late. “Exhausted, I was trying to hail a cab when the bus finally arrived. I got on and, a few stops later, when the last two seats in the front section became free, I sat down – something I rarely did. The window seat saved my life. I was bending down to put my bulky cell phone in my knapsack when the bomb exploded,” she recalls.

A Palestinian terrorist dressed as a religious Jew had boarded the bus at the Mahane Yehuda market bus stop. A few moments later, he detonated his explosive device, which contained a large quantity of metal shrapnel designed to cause maximum casualties. Seventeen people were killed and more than 100 were injured, including dozens of passersby.

“The shock wave that hit was like two enormous pieces of metal smashing into each other. I closed my eyes, a seemingly insignificant neurological instinct that saved my sight. And then the silence followed… the silence of death… everyone in the seats around me had been killed,” Sarri says.

“I screamed so loudly that a man who had heard the explosion and had come running to help heard me and yelled at me to climb out. In America, people have been taught to get to safety when disaster strikes and to let the first responders take care of everything; in Israel, people come running to help. I won’t forget the elderly woman who sat by me comforting me until I was taken by ambulance to Hadassah Ein Kerem Hospital,” she says.

Sarri was classified as lightly injured. While lightly injured means that there is no danger to life or to any organ of the patient’s body, sustained injuries are usually still extensive…shrapnel, broken bones, trauma. At Hadassah, Dr. Avi Rifkind, head of the Division of Emergency Medicine, assessed her injuries. Dr. Rifkind and Sarri met again, fourteen years later, at a recent speaking engagement in London. “How is your shoulder?” he asked. Sarri wasn’t just another patient.

To spare her parents the worry, Sarri didn’t let them know right away. Essentially, then, she was alone; and yet she wasn’t alone. “A soldier, who had also been injured, sent his mother to check on me. Another man whose daughter was in surgery came to ask what he could do for me. Caring is the essence of the Jewish people.”

A Voice is Heard

The morning after the attack, Sarri held her first press conference. As a daughter of New Jersey State Senator Robert Singer, her story became high profile. “Until the attack, no one, including my friends, knew that my father was a politician,” she says with another light laugh. It’s a sound that frequently punctuates our interview. Because even though Sarri is a survivor of a terror attack that could have destroyed her future, she surged forward.

“I saw that I was able to give Israel a voice,” she says. Sarri was hospitalized for two weeks and then returned to New Jersey to be with family. “Far too often, we concentrate on the perpetrators. We need to give the victims a voice,” she says. She appeared on television stations such as CBS, FoxNews and CNN and gave radio interviews too. She also spoke before members of Congress in Washington, D.C. and politicians in New York and New Jersey. In September 2003, she returned to work and volunteering in Israel. Nine months later, she returned to the United States to take care of medical issues associated with her attack, where she continued to be heard as a voice against terrorism.

In 2009, Sarri began connecting with other victims of terror and speaking at conferences in Europe. This led to connecting with world-wide organizations that help victims of terror. With the encouragement of Paulo Pimentel, Project Director of Survivors of Terrorism, a UK non-profit organization, Sarri began speaking at conferences across the globe – the United States, Canada, South America, Europe, and Israel. From there, it was a hop, skip and a jump to founding and directing Strength to Strength, a non-profit organization that focuses on supporting and bringing together victims of terror to overcome the long-lasting psychological and physical trauma and help them move forward with their lives.

“In the depths of my personal tragedy I understood that the world may be filled with horrible acts of terror and destruction, but the only way to persevere and to prevail in the face of that horror is to spread kindness and help those in their deepest moments of need,” says Sarri, whose “paying job” is Director of Career Services at the Lander College for Women at Touro College in New York.

Where the Silent Speak

“I had no control over what happened to me that day, but I do have control over how I live my life going forward,” says Sarri. And what’s the surest way to do this? “You can try CBT, Reiki or any other therapy, but the most important key to moving forward is peer support,” says Sarri. “I am still in touch with other people whose lives were impacted by the attack on the 14a. When we speak, we keep alive the memory of those who died,” she says. And that is part of the process of healing.

“By connecting with other victims of terror, survivors don’t only survive, they thrive,” says Sarri. “It’s not easy to share stories, but there is a power in opening up.” Sarri’s words have been proven true time after time. “It’s not only about the victims; the extended family of the victims have been impacted too,” she points out. Strength to Strength is there for them too.

One Standard for All

“What happened to me is what is now happening in Europe,” says Sarri. According to the Global Terrorism Index (GTI) 2016, there was a 650% increase in fatal terror attacks on people living in the world’s biggest economies in 2015. There is no question that terrorism is on the increase – intensifying in some countries and spreading to new ones. Since November 2015, Belgium, France, Germany, and the U.K. have all seen terrorists acquiring the expertise and materials to assemble suicide bombs without having their plans thwarted. And there have been more attacks involving firearms, knives, machetes, axes and, of course, vehicles.

“In spite of this, the world has double standards. They don’t see what happens in Israel. I am here to tell them that terrorism is the same evil wherever it happens,” says Sarri. “We must realize that there is no difference between a terror attack in Manchester or London and an attack in Tel Aviv or Jerusalem. There is no difference between killing children at a concert in Manchester and a dance club in Israel. The world needs to stand up and declare in a single voice that we can never justify the targeting and murder of civilians irrespective of their geographic location,” she says.

Sarri’s personal mission extends beyond Strength to Strength. “I’m not angry and I don’t hate. I put my energy towards something positive,” she says. It is this focus that brought Sarri to Brussels in 2014 where she sat on a panel to combat radicalization and indoctrination with one victim from the Jakarta Marriot Bombing in Holland and two former terrorists. “Some of my friends were shocked that I had agreed,” says Sarri. “I was the only Jew in a room of 150 people.…but I was ready to do this to give Israel a voice.”

“The attack will always be with me, but it won’t define who I am,” says Sarri. Neither will she let tragedy define others. Like a phoenix, from the ashes Sarri coaxes new life and hope.

Visit Strength to Strength at www.stosglobal.org.

Strength to Strength’s Young Ambassadors Program (YAP) is a program that brings together survivors between the ages of fourteen and twenty years old for a week in New York. “The young people come from different backgrounds and different religions, but they all connect,” says Sarri. “Some are survivors while others are bereaved, meaning that they have lost a loved one to terror. We don’t try to put a level on the trauma a person has experienced. We are there to understand what they have been through,” she says. Activities like bowling and karaoke, and therapeutic sessions with trauma experts mean that even those who have never shared their experiences finally open up.

“I don’t know what you did, but the week in New York has helped my child more than anything else,” said one mother of a French child who survived a terror attack while on a school trip in Egypt in 2009. A psychologist told Sarri that after the week in New York, his young client was less isolated and ready to think about his future.

“What are the young people of next year going to look like with the trauma they have been through?” Sarri wonders. “We need to give them the tools to move forward. We need to let the young people know that they can make the world a better place,” she says. For Sarri, these aren’t empty words: she is walking victims down the same path that saved her.

And the results? “The young people who have participated in our programs in the past wanted to come together in the wake of the Manchester attack, eager to do something as a group. They will be okay, because they see that we are okay,” Sarri says.

Reaching for the Stars: Setting Goals for Children with LD 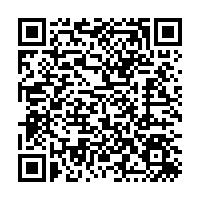