For many years, if you asked students in any yeshiva high school whether they knew that 400 Orthodox rabbis marched to the White House in 1943 to protest the Roosevelt administration’s indifference to the Holocaust, you would get a roomful of blank stares.

David S. Wyman – who passed away last month at 89 – changed all that. Wyman, in his best-selling book The Abandonment of the Jews, was the first historian to write in detail about the march – and to explain the part that the march played in the campaign to bring about U.S. action to rescue Jews from Hitler.

Subsequently, the David S. Wyman Institute for Holocaust Studies – which was established by his colleagues to carry on his research about America and the Holocaust – undertook the task of interviewing rabbis who marched and explaining the significance of their protest in numerous publications.

Today, it is fair to say, the march of the rabbis – as well as many other aspects of America’s response to the Nazi genocide – is widely recognized in the Jewish community, thanks to a scholar who was not Jewish and had no personal connection to the Holocaust at all.

‘The Subject Chose Me’

Wyman, knew very few Jews and very little about Judaism when he was growing up in New England in the 1930s, except what he had learned in Sunday School about the biblical Israelites. The grandson of two Protestant ministers, Wyman earned his Ph.D. in history at Harvard University. His dissertation chronicled the Roosevelt administration’s policies toward German Jewish refugees in the late 1930s, a controversial topic for the time.

In those days, most Americans still regarded President Roosevelt as an icon and assumed he must have done whatever he could to aid Europe’s Jews. Prof. Wyman was exploring uncharted territory. “I didn’t have any personal reason to choose that topic,” he remarked later. “I was looking for something that nobody had yet written about. Considering where it led me, sometimes I think that I didn’t choose the subject. It chose me.”

He often said it was bashert that he selected the topic – a term he learned while teaching himself Yiddish in order to be able to do research in the Yiddish-language press of that era.

Wyman’s dissertation became his first book, Paper Walls: America and the Refugee Crisis 1938-1941, which was published in 1968. It described how a combination of anti-foreigner sentiment, anti-Semitism, and the Roosevelt administration’s tight immigration policies kept most European Jewish refugees far from America’s shores. Paper Walls led to an offer from a major publisher, Pantheon, to publish a sequel that would cover the Holocaust years.

The research for the sequel was a herculean task, and it sometimes took a personal toll. Prof. Wyman’s studies led him to realize how little Christians in America did in response to news of the raging Holocaust, and that shook him to his core. He told me there were times when he “cried for days” over his discoveries, and he would have to take a break from the research. David Wyman was the most admirable kind of historian: a historian with a heart.

Wyman was equally pained to learn of the petty intra-Jewish turf wars and personality clashes between American Jewish leaders that undermined the political effectiveness of the Jewish community during the Holocaust. That included the ugly spectacle of Jewish leaders persuading President Roosevelt to refrain from meeting with the rabbis who marched to the White House three days before Yom Kippur in 1943.

Prof. Wyman told me how difficult it was for him to understand why the various Jewish factions did not set aside their quarrels and focus on what was happening to their brethren in Europe. I must admit that even after all these years, I have never been able to fully understand it, either.

In the years prior to the publication of The Abandonment of the Jews, the widespread assumption among the American public was that there was little or nothing the Roosevelt administration could have done to save Jews from the Holocaust. Prof. Wyman demonstrated that there actually were many ways the U.S. could have aided European Jewish refugees.

His groundbreaking research revealed that U.S. planes were within a few miles of Auschwitz and could have bombed it, without diverting resources from the war effort; that immigration quotas were under-filled, even as Jewish refugees were being turned away from America’s shores; and that the Roosevelt administration suppressed news about the mass murder of the Jews, fearing that publicity would increase pressure on the president to do something to help them.

Prof. Wyman’s scholarship has stood the test of time. Thirty-four years later, The Abandonment of the Jews remains the gold standard in its field. A few diehard FDR partisans have taken potshots at it now and again; ultimately, however, arguments based on political prejudice are no match for historical accounts based on documents.

The Abandonment of the Jews won award after award. The reviews, both scholarly and popular, were nearly all laudatory. “We will not see a better book on this subject in our lifetime,” Prof. Leonard Dinnerstein wrote, in a typical comment.

The book also attracted widespread attention from the news media. The New York Times alone published a feature story, a profile of Wyman, and two reviews of the book, all within the first seven weeks after its release.

Wyman’s impeccable scholarship, dignified manner, and genuine anguish at the plight of Europe’s Jews during the Holocaust left a deep impression on those who heard or met him. Prof. Deborah Lipstadt wrote: “I am convinced that had there been more Christians like [David Wyman] in the 1930s and 1940s, the history of this period would have been very different. He strikes me as one of the tzadikei umot ha’olam [righteous of the nations].”

A Book That Saved Lives

Prof. Wyman told me that what he was most proud of was the fact that The Abandonment of the Jews not only educated Americans about their country’s response to the Holocaust, but helped ensure that another persecuted Jewish community would not be abandoned.

In early 1985, some 800 Ethiopian Jewish refugees were left stranded and starving along the Ethiopian-Sudanese border, after an Israeli airlift operation was interrupted. American Jewish activists, together with Congressman John Miller, presented copies of The Abandonment of the Jews to Vice President George H.W. Bush and his aides, pleading with them to “do now what we didn’t do then.”

In response to those appeals, the U.S. sent a fleet of C-130 Hercules transport planes to rescue the refugees and bring them to Israel. Vice President Bush sent Prof. Wyman a handwritten note of thanks for inspiring the rescue mission. That note is proudly displayed in the Wyman family home in Massachusetts.

In 2008, I accompanied Prof. Wyman on a visit to an Israeli air force base, where he met Major-General Amir Eshel, who was involved in the 1985 airlift operation, and Moshe Gadaf and Ami Farradah, who, as eight year-olds, were among the Ethiopian Jewish children who were rescued. All of us in that room were overcome with emotion as the former child refugees, and the Israeli general who helped save them, embraced the American historian whose book helped bring about the rescue mission.

At the same time, the failure of the international community to take serious action against contemporary genocides and other atrocities weighed heavily on Prof. Wyman. He was deeply troubled that the Clinton administration turned a blind eye to the Rwanda genocide; that the administrations of George W. Bush and Barack Obama did so little to stop the Darfur genocide; and that the U.S. and its allies failed to stop Syria’s dictator from using chemical weapons against his own citizens.

Yet Wyman never lost hope that the international community will someday learn the lessons of the 1940s, so that never again will there be a need to write a book about a defenseless people abandoned by the world.

Prof. Wyman was frequently asked why he, a Christian, had taken such a strong interest in a Jewish issue. He always found the question genuinely puzzling. To him, it was a given that a human being, no matter what his or her religious faith, should care – and act – when innocent people are persecuted. 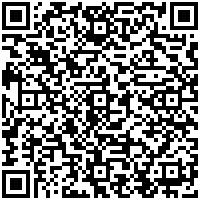