On June 15, 1970, a group of 16 refuseniks in the Soviet Union tried to hijack a plane and fly it to Sweden, from where they hoped to make their way to Israel. The plot failed, but the attempt made international headlines.

Now, a film being screened in the U.S., “Operation Wedding,” by Anat Zalmanson-Kuznetsov – the daughter of two passengers on that plane, including one of its masterminds – tells this fascinating tale. It is being shown in New York this Motzei Shabbos at the Young Israel of Hillcrest.

The Jewish Press: For trying to leave the USSR on this flight, one of your parents was condemned to death and the other was sentenced to 10 years in prison. What made them risk so much?

Anat Zalmanson-Kuznetsov: They were told, “You will rot in here [in the USSR]; you’ll never see your Israel,” so they decided to do something desperate. Under the guise of arranging a trip to a local wedding, they decided to hijack an empty plane and fly it across the border.

A group of 16 people bought all the tickets to a small 12-seat plane. The plan was to board the plane and then explain to the pilots that they were taking the plane somewhere else. They were going to tie up the pilots and take them to a tent they had prepared on the side of the tarmac equipped with sleeping bags and vodka so they would be comfortable. Then they would fly the plane over the border – only a 15 minutes flight – and land in Sweden.

How far did they get?

As they started walking towards the plane, a group of about 20 or 30 KGB officers arrested them and took them to prisons in Leningrad and Riga. They wanted to interrogate them separately.

How did they treat your mother?

Actually, my mother said they were very nice to her, but it was just a way of trying to get information out of her. They wanted her to implicate my father as the leader. But they didn’t succeed because each one protected the other.

I understand that at the trial your mother quoted a verse of Tehillim in Hebrew, which was a fairly brave thing to do in atheistic USSR.

Yes, she told the judge, “If you hadn’t denied us our basic rights to leave this country, we would have just bought tickets and left. We would have never broken the law…

“One day I will be in Israel, and so I send a message to my people: ‘If I forget thee, O Jerusalem, let my right hand…’ She said it in Hebrew and then, when the judge interrupted her, she translated it into Russian.

Both your parents got very severe sentences.

Actually, my mother received only three years for trying to escape and seven years for distributing anti-Soviet propaganda, which is what they called Hebrew-learning books. My father received a death sentence because he was one of the leaders of the group.

Was your parents’ trial essentially a show trial?

Well, it’s quite confusing because, on the one hand, it was a show trial, but on the other hand, it was closed and only KGB members could come. It was like a party for them. They came with flowers for the “brave judge.” I always try to understand the logic of the KGB but I find that it’s never possible!

The story captured the imagination of the entire world; both CBS’s Walter Cronkite and NBC’s John Chancellor reported on the trials on the nightly news here in America.

Yes, especially after the death sentence was handed down. In just a week, tens of thousands of people demonstrated, even closing down Fifth Avenue. It became huge very fast.

At first, the Soviets wanted to make the incident public, but then they saw people on the outside weren’t responding like they thought they would. People realized that if Jews are willing to risk their lives just to get out of the USSR, there must be something wrong with their Soviet “paradise.”

Anti-Soviet demonstrations started in the 1960s, but they were small. On film footage you see 50-100 people, and once there was a big demonstration of about 1,000 people, but after this trial it became tens of thousands of people.

So your parents daring feat was actually a turning point in the anti-Soviet demonstration movement?

Yes, this is what made it as big and as successful as it was, because one week after the death sentence was commuted in January 1971, the Soviets already let the first plane of Jews out of the USSR. During that year, 40,000 people were allowed to leave and this was because the Soviets started to surrender to the pressure of the world’s reaction. And the world reaction was because of this trial.

Had the Soviets only given them a one- or two-year prison sentence, I don’t think the world response would’ve been that big. People were just shocked because of the death sentences. Here are people who didn’t do anything, didn’t hurt anyone. They just wanted to leave Russia and they get a death sentence.

Did you grow up with this story?

Yes, but not from my parents – from strangers, people on the street, the news, teachers in the school. Everywhere I went I heard that my parents were heroes. People hugged my mother in the street. But the first time I knew the whole story was when I started making this film. My parents never spoke about it too much.

When and why did you decide to make this movie?

I started working on the film in 2012, and it took me exactly four years to complete it. I always knew I wanted to make a film about my parents. I was thinking about a feature film – which I’m now working on based on the documentary – but then I realized there were no documentaries ever made about the story. The only full-length film made was done in Russia in 2009 and in that documentary my parents are called “terrorists.”

As part of the movie, you took your mother back to Riga. Was filming there difficult?

It was not a problem because Latvia was occupied by the USSR, and Latvia today is an independent country, and they don’t like the Russians. The prison where my mother was held is now a museum in the center of town and anyone can visit it. We even had a screening in the prison.

What were both your reactions to visiting?

I constantly had to reassure my mother that everything was okay and that we were not being followed.

As for me, I didn’t know that I was in the prison itself because it was such a beautiful building in the center of Riga. But when we got inside and down those cold dark stairs, and my mother started looking for her cell, it hit me. Suddenly I saw my mother at age 25 when she was arrested and I imagined her being there in this horrible place, and I broke down.

How did your parents survive in prison?

I don’t know. I cannot explain it. Out of the four years my mother spent in prison, six months were in solitary confinement for hitting another woman because she was anti-Semitic and called somebody a dirty Jew. My mother wanted to protect her.

My mother looks fragile and sweet, but she is tough. People were afraid of her actually.

My father had already spent seven years before that incident in prison in Siberia for anti- Soviet activities.

But the commutation of his death sentence – to 15 years – was a real Chanukah miracle. He was sentenced on the first light of Chanukah and commuted on the 8th day.

What is your next project?

I’m involved in a very big project, “The Refusenik Project,” with a group of American educators from Bar Ilan university. It’s a free extra-curricular program about Soviet Jewry. It has 28 lessons and includes the use of “Operation Wedding.” 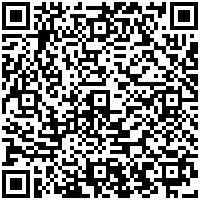