Rabbi Yisroel Reisman has emerged as one of the leaders in the fight against the new private school guidelines issued by New York State Commissioner of Education MaryEllen Elia last month. He is a rosh yeshiva at Yeshiva Torah Vodaas in Brooklyn and perhaps best known for his popular Motzei Shabbos navi shiurim. He spoke to The Jewish Press last week.

The Jewish Press: Many activists, teachers, and parents argue that the new guidelines are a greater threat to frum Jews than anything we’ve seen in our lifetimes. Do you agree?


Certainly. The law requiring [yeshivas to provide an education substantially equivalent to that of public schools] has been on the books since 1897. Since then, yeshivos have produced honorable, capable students that perform on a higher scale than public schools students; any results-based examination will show that.

Now, it’s true a certain percentage of yeshivos underperform. But I think if you compare the bilingual public schools to the primarily Yiddish-speaking yeshivos – the proficiency rate in the public schools is in the single digits. It’s not really possible to do much worse than that.

In the last five years, there hasn’t been a single Regents examination in Kings County in which the public schools scored, on average, an 80 percent. I don’t have statistics for all the yeshivos, but in my yeshiva, it’s rare that we go under 80 percent. Sometimes in the 90s.

The impetus for the guidelines appears to be the lack of secular education in Yiddish-speaking yeshivos. You just compared them to bilingual public schools, but is it fair to make that comparison when the vast majority of students in these yeshivos have been in America for several generations already – which is not the case of bilingual yeshivos?

I don’t think it’s the commissioner’s job to analyze how many generations have been in this country. Certainly, the law is not different for people who are here for many generations.

[Besides,] I don’t see the commissioner sending letters to parents of public schools that are not performing and telling them they have six to eight weeks to transfer their child to another school. The fact that people who are already third-generation choose to raise their kids in a Yiddish-speaking environment is a choice they made; it’s not against the law.

So you’re saying people should be allowed to speak any language they’d like. No law compels them to do otherwise.

How exactly would you characterize the nature of the threat that these new guidelines pose?

We’ve never had an official government crackdown aimed at yeshivos. Naturally, these guidelines include all the non-public schools – Catholic schools, non-denominational schools etc. – but there’s no secret that it’s aimed at the yeshivas.

I have no doubt that come February the first places the [inspectors] will visit will be the yeshivos – probably the poorest performing yeshivos. The goal is to get us.

We’re grateful the Catholic schools have spoken out against this. They actually rejected the guidelines first. What’s astonishing is that the New York secular press did not pick up the story. There are 500 Catholic schools, and they said directly, “We are not following your guidelines; we do not accept them.” It made the press in Albany but it did not make the press in the city.

When yeshivas said that – allegedly 15-16 yeshivas said so – it made the newspapers. And here you have 500 schools saying, “We’re not letting you in,” and nary a word. Because this is aimed at yeshivos.

Some have framed the controversy as one of autonomy – with yeshivos maintaining that they must be allowed to set the curricula of their own schools, not the state.

I can only say that regarding our yeshiva, an absolutely ridiculous set of circumstance is unfolding. If they had their way, the state would send a member of the local school board into our 8th grade class while they learned Bava Kama. Then this fellow, who has no background in Hebrew, Mishnayos, or Chumash – certainly not Gemara – will assess the value of the equivalency of that Gemara lesson.

It’s so absurd it could almost be a comedy skit. How can someone who trained for just a few hours sit in a limudei kodesh class and assess the equivalency?

Aside from determining educational standards in schools, the state also ensures that they adhere to health standards in their kitchens, contain no asbestos in their paint, and obeys fire safety codes. If the state shouldn’t be involved in education, perhaps they shouldn’t involve itself in these areas either.

The state should be involved with anything that has to do with safety. And they are certainly entitled to be involved in education as well. But they should look at whether the system is working based on results. And if it’s been working for a long while, why are you changing the rules 120 years into the system?

But some yeshivos do perform poorly and have little to no secular education. Shouldn’t the state involve itself in these schools?

I don’t know how they would. I don’t think setting a curriculum is the way to do it. The curriculum [mandated by the guidelines] demands classes in dance, music, and theatre for 1st-4th grade. It’s hard to imagine a Satmar boy or a Bobover boy – or even someone in Torah Vodaas – being taught theatre.

The state gives money to yeshivos for mandated services, and yeshivos also receive accreditation from the state. Doesn’t the state, therefore, have the right to set regulations?

The state has an absolute right. But the state has no right to enforce the law selectively, and based on an agenda. When the IRS enforced the law only against Republicans, it caused an outcry.

So what can the state demand in your opinion? Can the state require Satmar kids to pass a test in multiplication?

The state may require Satmar kids to pass the same tests that they require bilingual city public schools to pass. The consequences, too, should be identical. If Satmar students are told to switch schools, the same should be done to students of failing public schools.

What’s next for those who oppose these guidelines?

It seems clear this is going to end up in court.

You don’t see the state backing down?

I wish they would, but I doubt they will. They may agree to the absurdity of certain parts. For example, they say they are going to examine our rebbeim and decide if they are adequately trained to be teachers. How is the city going to decide if the rebbe is explaining the Gemara adequately? How are they going to decide which Gemara should be labeled math and which science and which one social studies?

The commissioner told me: It’s fine. Label your limudei kodesh either math, science, social studies, or grammar…. It’s not possible. Anybody who learns Gemara knows there’s no semester in which we can label a particular sugya “science,” “math,” or “history.” It’s all of the above.

The state recently issued a clarification of the its guidelines so that fewer hours of secular subjects are now required. Can you talk a bit about the changes?

They changed the hours from seven to three-and-a-half [a day]. At first, they tried to say that’s what they meant all along. But then they admitted the initial guidelines were written poorly. They also admitted the demands they had placed on 5th and 6th grades violated the law. So they knocked that down.

There’s no question they overstepped their bounds. The commissioner has no right to legislate. She can only issue guidelines. The fact that that happened is an indication of an agenda-driven process. She said she spent two years preparing this. She had to know that what she wrote about 5th and 6th grades was wrong. So either she’s negligent or this is agenda-driven.

The new regulations require 3.5 hours, five days a week. For our yeshivas, which have four days of secular studies, that is equal to 4.5 hours per day. In addition, 12th graders typically have fewer hours of secular subjects instruction than 9th-11th graders.

But we maintain that if judged by outcome – i.e., standardized tests – they do better than their public school counterparts.

Yes, but only in the initial period. As soon as they need recertification, which is in two and a half years, they will no longer be exempt. And this is not a one-time inspection. It repeats itself every five years; there will be more inspections.

Is it better to fight these guidelines now on a legal, or a political, level?

To go after something in the court is always the last option. You never know what’s going to happen.

At the November 20 interview, when Commissioner Elia was asked what she would do if a school didn’t let the inspectors in, she actually turned belligerent. She said: If they don’t let us in, we’re going to send a letter to the parents that they have to pull their children out, and if they don’t, there will be consequences. We’ll cut transportation and textbook funding.

There was no spirit of cooperation. If there were, then, of course, settlements are preferable to litigation.

What can Jewish Press readers who oppose these guidelines do?

First, we need to express our thanks to the City Council members who stepped forward [and wrote a letter to the commissioner opposing the new guidelines]. Very few of them represent districts that have yeshivos. It was courageous of them.

Second, we have to continue to work in a spirit of achdus. Within Orthodoxy, there’s a tremendous spectrum, but I think we can all agree that we don’t want inspectors in any of our schools. So we should be unified on this as best we can.

Right now, the goal is to get this withdrawn. If it’s not withdrawn, our dream is to postpone it and appoint a panel to investigate it, which, in the world of politics, is fine. If you wait four years or eight years, you have a different mindset. And then we would not need the litigation.

And maybe there can be a spirit of cooperation to work together. The way things are now, though, the belligerence is strong, which is why we need to stand firm.

At the same time we should take pride – all of use who send a lot of money in tuition to yeshivas – and step back and say our students are performing very well, and also have virtually no crime, drugs, teenage pregnancies.

The statistics the Jewish Press uncovered – I just revel looking at the marks, especially as they compare to the rest of the school system. Most of came here in the last 70-80 years, and we’ve established ourselves. We should take pride. 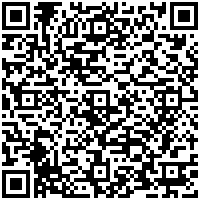