Can you give me a little insight into your earlier years, how you became who you are today?

I am a sixth-generation pastor. My father was a pastor, my grandfather was a pastor. They were Bible scholars par excellence, and my mother and my father – my mother went to Bible school herself, and taught – but both of them had an abiding affection for the Jewish people because of the Scripture. Everything we did in my home [depended on] whether it was okay with the Bible.

I knew I wanted to do something to help the Jewish people [but] it really didn’t happen until Menachem Begin gave the instruction to destroy the nuclear reactors of Iraq [in 1981] and the American media went after Israel tooth and tong. And I said, “This is our opportunity to really, truly, do something for Israel. And so at that exact moment in time I told [my wife] Donna we’ll have a Night to Honor Israel and I went to my church and I said, “This is what I want to do,” and they said, “Yes, we’re with you.”

And I went to the Jewish Federation and … I looked at them and I said I want to have a Night to Honor Israel, and they said, “What’s that?” and I laid it out. They said, “We’ll have to have a committee meeting,” and they had three committee meetings, and one lasted late into the night at which Rabbi [Aryeh] Scheinberg said, “You know, look, as Jews we know how to handle our enemies, but what if this guy’s a friend?”

So we went forward with a Night to Honor Israel, and we had a press conference that it was going to happen, and within an hour of the newspapers hitting the streets we started getting death threats at the church – “Tell the preacher we will shoot him by Friday. He will never live to see the Night to Honor Israel held in that auditorium.” I called the FBI and asked, “What do you guys do when something like that happens?” and they said drive [a different route] every day to work. I thought, “Well, do you have to go to the FBI Academy to learn how to do that?”

The people in my church became very concerned with these death threats. They said, “This is dangerous” and I said, “It is, but we’re going to do it.” We went to the auditorium, the Lila Cockrell Auditorium in downtown San Antonio, September 10, 1981, to have the first Night to Honor Israel in the history of our city. And the building was packed, people standing in the lobby. There was enough tension in the room to give a brass doorknob a migraine headache….

And we had our choir there singing Hebrew songs on our television and cameras rolling. My idea was to take this video and send it to the largest 200 evangelical churches in America and get this thing started. I sent out 150 invitations to local pastors and got one positive response. So I knew then that it was going to be a little tougher getting started than I thought.

When the Going Gets Tough… 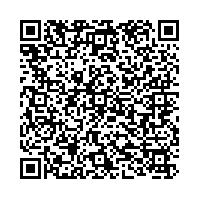