Who is telling Lithuanians about the Jewish communities that vanished during World War II Richard Schofield, founder and Creative Director of the International Centre for Litvak Photography (IC4LP), has brought together a group of Lithuanian activists to spearhead a number of ambitious projects that are opening the minds of Lithuanians, particularly young Lithuanians, to what really happened.

Born in Crawley, in southern England, documentary filmmaker Richard Schofield has always been empathetic to the underdog. His five documentaries on everyday life in Cuba are proof of this. But since his move to Vilnius, Lithuania, in 2001, and to Kaunas (Kovno) two years later, Schofield’s focus has changed. In Kaunas, he took up the editorship of an English language magazine. Although he isn’t Jewish, one section in the magazine, “Jewish Vilnius,” regularly drew Schofield’s attention. “I read all of the articles, but found no mention of local participation in the Holocaust,” he says.


Jews began settling in Kovno as far back as the second half of the 17th century. Forbidden from living in the city, many of them stayed in nearby Vilijampolė, where the Slabodka yeshiva, one of Europe’s most prestigious, was established. Less than 80 years ago, a quarter of the population of Kaunas was Jewish, but those Jews are no longer there.

“I’m haunted by these ghosts and refuse to rest until their memory is properly respected. As a photographer who understands the power of images, it seemed like a good idea to set up the International Centre for Litvak Photography,” says Schofield. Schofield’s NGO, IC4PL, has organized a range of events to awaken Lithuanians to their full history. “The Holocaust in Lithuania is a Lithuanian issue, not a strictly Jewish one. More and more people are realizing this, and realizing too that it’s okay for your country to have some pretty dark moments in history,” says Schofield.

After taking a course in photojournalism in 2008, Schofield became very interested in every-day photography, particularly family photography. At first, his focus was on family life in the Soviet Union, but by 2013, his focus had narrowed down to family (specifically Litvak) life in post-Holocaust Kaunas. Which was why, when he found a collection of family photographs in the library at The Sugihara House Museum in Kaunas in 2013, his interest was lighted.

(The museum is named for Chiune Sugihara – a Japanese diplomat who served as Vice-Consul for the Empire of Japan in Lithuania. During World War II, with the help of his Dutch counterpart, Jan Zwartendijk, he helped between 10,000 and 40,000 Jews leave the country by issuing transit visas so that they could travel to Japanese territory.)

To Every Face a Name

The photos Schofield found had been smuggled out of the ghetto and entrusted to a non-Jewish family for safe-keeping. Presumably, no one from the family had survived the war. Schofield was determined to give every face a name. With the help of the United States Holocaust Memorial Museum, he scanned the 111 photos, set up a Facebook page to showcase them and commissioned a piece of music to accompany an exhibition of the photographs.

Two years later, Saule Valiunaite, an archivist working at the Jewish museum in Vilnius, realized that one of the photos appeared in a Holocaust documentary film that had been made in 1999. A little more sleuthing and they found out that the album belonged to Anushka Varsavskiene, the aunt of two of America’s best-known Yiddish scholars: Ruth Wisse of Harvard and her brother David Roskies of the Jewish Theological Seminary. Of Anushka’s ten siblings, only two had survived the war. One had immigrated to America decades before the Holocaust. The other, Wisse and Roskies’ mother, Masha, had fled to Montreal in 1940.

Anushka, a professional singer, had included a program from an opera in which she appeared with the photos. That was the catalyst for Schofield’s next project: “The Kaunas Requiem.” Launched in the New Sanciai Synagogue in September 2016, on the 75th anniversary of the establishment of the Kovno ghetto, the Requiem is a long-term artistic venture that is proposed to run for a full seventy-five years. The launch, a six-day live musical performance, has segued into the second stage of the project – three years of silence that reflect the duration of Kovno ghetto’s existence. The third stage, a computer-generated musical automation, will continue for the remaining 72 years.

The dilapidated synagogue, situated in the southeastern suburbs of Kaunas, was originally constructed in 1932 and converted into a bakery during the Soviet era. The IC4LP is pushing to buy the building and transform it into a center of Jewish cultural remembrance. The price? Schofield wants to pay just one euro. After all, several governments the world over have already handed buildings of Jewish significance to community-oriented NGOs.

IC4LP’s newest project targets the youth. “Litvaks are not being correctly taught their own history,” says Schofield. His conclusion is backed by sixteen years of calling Lithuania home as well as a friendship with Dr. Christine Beresniova of the United States Holocaust Memorial Museum. Dr. Beresniova recently authored a book titled Holocaust Education in Lithuania on how to deal with the history and legacy of mass atrocities and local collaboration during the Holocaust.

Schools teach about the medieval Kingdom of Lithuania, the Polish-Lithuanian Commonwealth, the occupation by the Soviet Union, the Nazis and once again by the Soviets. But the participation of the Litvaks in the Holocaust and the murder of over 120,000 Jews (about 95% of the Jewish community) is brushed over. And Schofield is out to change that.

As part of Lithuania’s centenary independence celebrations next year, throughout 2017 IC4LP will be working with 50 secondary schools around the country in an ambitious educational project. “Kids have flexible thinking,” says Schofield. The project, “A Young Persons’ Guide to Lithuania’s Vanished Litvak Communities,” is opening their minds to a past they don’t know about.

To highlight how important working with young people in Lithuania really is, IC4LP set up a page to showcase Holocaust selfies. With the increasing popularity of Instagram (a mobile, desktop, and internet-based photo-sharing application and service) it has become fashionable for young people in Kaunas to snap them at the 32-meter high concrete Holocaust Monument at the city’s Ninth Fort. The monument marks the place where over 30,000 European Jews and others were buried after being murdered by the Nazis and their local helpers. Notable among these victims was Rav Elchonon Wasserman of Baranovitch.

“We’re not here to shame these young people. We know they’re mostly good kids like most kids are,” says Schofield. They simply haven’t been given the facts, or, worse yet, they’ve been misinformed. Like the student who stood up and told Schofield that they had been taught that the Jews were killed in the Holocaust because they were communists. “We are opening doors for the students. Telling them to look at the world they didn’t know about and asking them to think about it.”

Certainly. Schofield cites the example of a student who stood up and admitted that his grandfather was Jewish. The popular boy had never spoken about it before, but in this comfortable setting, he was able to share the information.

So far, Schofield has visited six schools (500 students) in Kaunas, Naujoji Vilnia, Birštonas, Kėdainiai, Jieznas and Vilnius. The visit, which is conducted in English, presents as an opportunity for the students to practice English-language speaking skills, something which makes it attractive to the school administration. The session begins with introductions.

“The kids have never done this before, so I explain to them that this is a life-skill that they have to learn,” says Schofield. The session is divided into two parts. “In the first part, I talk to students about my own journey of self-discovery,” says Schofield. In 1994, working in a media center in Brighton, Schofield walked down a street named Jew Street daily. “Those were my pre-Jewish days and the street name didn’t register on my radar,” Schofield says.

Years later, with a wider view on life, Schofield is encouraging Lithuanian youth to similarly broaden their viewpoints. At the end of this session, there is a break. “I tell the students that whoever isn’t interested doesn’t need to come back. We are left with the students who are genuinely interested,” he says. “I get the impression that the history teachers simply don’t have the courage to teach the truth and that they breathe a sigh of relief when we do it for them.”

“I’m not a qualified educator,” says Schofield. But that’s okay, because he isn’t there to simply pass on the facts; he’st here to motivate the kids to think for themselves. “Kids in Lithuania today are taught in a lecture-style traditional setting that is becoming fast outdated. We encourage student-centered instruction that encourages the students to participate,” says Schofield.

With that in mind, the classes, with one student appointed to hold everything together, are encouraged to write an e-book about Lithuania’s forgotten history, heritage and culture. Every school will write a chapter. Topics will cover a wide spectrum: history, interviews, poetry… everything is encouraged. The innovative project will begin to break Lithuania’s dominant Holocaust taboo and encourage the next generation of the country’s decision makers to start dealing with this difficult subject.

“I’m not on a big mission,” says Schofield. “In fact, I’ve always tried to avoid the Holocaust. But no one teaches the children that about 120,000 people were murdered. We need to put this in context.”

Not on a big mission? On behalf of the Jewish people, we thank you, Richard.

“Most of the problem lies with the state,” says Schofield when I ask him about anti-Semitism in Lithuania. Lithuania, invaded by the Soviet Union in 1940 and by the Nazis in 1941, attempts to minimize the local collaboration with Nazis by equalizing Communist with Nazi crimes and white-washing the collaboration with the Nazis. The result? Perpetrators of the Holocaust are venerated for their nationalistic actions.

In the capital city Vilnius, a council vote to rename a street named for Kazys Škirpa to the “Street of Righteous Among the Nations” has been deferred. Škirpa authored the Lithuanian equivalent of Mein Kampf and started an organization to remove Lithuania’s Jewish population.

A plaque on the facade of the Library of the Academy of Sciences honors notorious Holocaust collaborator Jonas Noreika. In Vilnius, he is honored with an inscription in stone high on the capital’s central boulevard.

In June 1941, Hitler invaded the Soviet Union and Soviet forces fled Kaunas. Lithuanian anti-Communists began to attack Jews, blaming them for the Soviet repressions. The government established a concentration camp at the Seventh Fort, where 4,000 to 5,000 Jews were murdered. Today, the fort has been privatized. Amusement activities and children’s birthday parties are being held here.

Certainly, a society displays its community values by the heroes it chooses to promote. 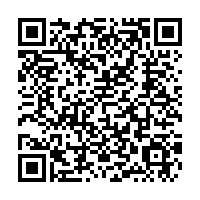