A painting of a field of sunflowers, vistas and lithographs of Jerusalem, a historical scene of the market in the Roman Cardo, a colorful piece of pop art of Marilyn Monroe. I wander through David Harel’s two-floored studio in the Artist’s Colony, just outside the walls of the Old City of Jerusalem, and I search for the picture that draws me the most. I finally settle on a meter by meter painting of bougainvillea rich with shades of wine, eggplant, sangria and plum. Because within those purple shades, Harel has captured my childhood, when I spent hours scrambling through enormous caves within the branches of bowed bougainvillea.

Born in 1946, in Haifa, the third of five siblings, Harel’s talent as an artist, perhaps a hereditary gift from his father who was also an artist, was already apparent to his kindergarten teacher. At home, Harel drew on the floors; later, in school, he designed all the poster art. When he was eleven, complicated family circumstances meant that Harel had to move to Kibbutz Ein Hamifratz near Acco. It was here that he began to develop his talent. “My adopted family was very cultured,” he says. “I was exposed to classical music and every type of art from impressionism to cubism.” Harel was also unofficially tutored by Avraham Ofek, an artist living on the kibbutz. “He would look at my paintings and then, to my dismay, draw on top of them to teach me things like perspective,” recalls Harel. The recalled frustration of so many years ago is still strong enough to make Harel run his hand through his thick, white hair.

In 1965, Harel was conscripted into the army where he became a combat engineer and was subsequently deployed to plant explosives along the border with Jordan. Two years later, during the Six-Day War, Harel, now an officer, was sent to Sinai. “I sketched a lot during the war because I intended to hold an exhibition that showed its horrors,” he says.

The day that Harel walked into the Betzalel Academy of Arts and Design, Israel’s oldest institution of higher education, was the day entrance exams were being conducted – but he did not know that.

“I received preferential treatment because I was in my army uniform and, in those days, soldiers were treated like lords. I ran out to buy a box of pencils, sat down, sketched a still life of shoes and nails and received 100% – an unprecedented mark in that instructor’s class,” recalls Harel. However, it was only in the following year, after he completed his army service, that he began to study in the Academy, emerging with a degree in Visual Communication Studies.

“Art has always directed my life,” says Harel, which explains why he purchased a home in the newly-established artist’s colony in Yemin Moshe. Today an upscale neighborhood, Yemin Moshe was the first housing project to be built outside the Old City walls. After the Six-Day War, many of the residents left due to the relentless shelling by the Jordanians in the Old City. For Harel, it has remained home.

Art in Every Line

Harel specializes in oil paints, etching, wood-cut, silk-print and lithography. He also specializes in details that surprise. As I wandered around the studio, these tiny details grabbed my attention. In the bold-colored painting of the Cardo, I admired the rounded contours that convey the irresistible softness of a baby. The stark lines of pop art capture Georges Moustaki, the Jewish Egyptian-French singer-songwriter, and, behind him, I saw the admiring glance of a high-cheekboned woman – Harel’s tribute to Moustaki’s song The Lady in Brown. Splashed across the bottom of the sunflower paining were, I immediately noticed upon entering the studio, lines of red and green paint – “It was boring without that,” he explains.

Harel is always ready to experiment. Early on in his career, he decided that he wasn’t going to put all of his eggs in one basket. He opened up a graphics studio where, initially, the phone never rang and “if it did, it was a wrong number.” But after he designed a logo for Keren Hayesod, Harel’s fame spread and he was soon running an office with ten employees. In the late ‘90s, he moved his studio to the Artist’s Colony, where you can usually find him. Early 2016, when a wave of stabbings ran through Israel, Harel continued to work nights. “I wasn’t really aware that it could be dangerous to be alone, late at night, not far from East Jerusalem,” he says. Late one night the door opened and in walked an elderly American couple. In the ensuing conversation, they mentioned the yacht they owned and their home in Turkey. In the end they bought two paintings. “It was a sliver of light in a dark time,” says Harel.

“Logo design is probably one of the hardest parts of art because you have to encapsulate the essence of something within a few lines,” says Harel, who has worked with many: The Israel Museum, The Israel Philharmonic Orchestra, the Municipality of Jerusalem, the Israel Festival, the Eurovision contest, Keren Hayesod, Taglit, The Jerusalem Congress Center, and the Hebrew University 75th Year Jubilee. Most recently (2012), his design for the London Olympic Games Coin won first place. “Working with association, I decided to focus on ribbon dancing. But a simple twirl or flick wasn’t enough… and so I came up with the idea of twisting the ribbon into a Star of David emblem,” Harel explains.

Not one to shy away from anything new, he has also designed several experiential centers that immerse visitors by using multimedia and current technology. The Rabin Education Center in Jerusalem (1999-2000) and The Great Revolt education center at Masada (2006) are two examples of his work.

Particularly moving is Harel’s Pesach haggadah. Available as a book or as a set of lithographs, it is an interesting interaction between the history of the Jewish people as shown in a traditional haggadah and more current times. Yes, Hashem brought us to Eretz Yisroel… after we had traversed the desert and later in rickety ships that landed clandestinely on the shores of our homeland.

Over the last year and a half, Harel has created numerous works of pop art, a brightly-colored art form that includes imagery from popular culture such as advertising and news. These works stand shoulder to shoulder with impressionistic works that showcase the beauty of Jerusalem.

Harel has held many exhibitions in Israel, the United States, Germany, France and Japan. The paintings he prepared for Galerie Blumann in Paris (2002) are distinct: a modern flavor with brightly-colored flowers interspersed with random lettering and little tiles that segue into the background.

But the exhibition in Japan was by far the biggest eye-opener. After being introduced to a buyer for an art museum in Tokyo, Omano, who was in fact also active in the Japanese government, Harel was invited to give an exhibition. “Communication was limited as we had to rely on a translator,” he says.

The Most Important Art Projects

Harel recently finished painting murals of the ancient Roman marketplace, aka the Cardo, which will be turned into mosaics and placed in the Cardo in the Old City. I view the various subjects: a fabric store, a vegetable market, a livestock market, and a spice store. The details, such as which fruit and vegetables were available (painting potatoes and tomatoes is out), and which type of vessels and lighting were used, were all researched by a historian. The project includes a 130-meter long wall that depicts the history of the Jewish people from Avraham Avinu until today. “This is one of the most important projects of my life,” says Harel.

As our interview draws to a close, Harel readies to leave for Ben Gurion International Airport. But he isn’t catching a flight. He is overseeing a project that displays scenes of the establishment of the State of Israel and the different wars fought by Israel. So when you next move past the Duty Free lounge, stop to admire his exhibition that opened this month. If you’re in New York check out The Jerusalem Gallery – the exclusive seller of David Harel’s paintings in the NY area.

I say goodbye to Harel, but my work isn’t over… within twenty minutes I’m standing in the Cardo gazing at the mosaic of the Roman fabric store. History has been brought to life. And I’m sure that for Harel, this project is one more step in his career as an artist that moves with the times, bringing the past alive, preserving the present and taking us into the future. 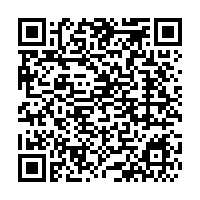