Yeshivas Don’t Even Teach the ABCs

I was perplexed by your editorial last week (“Yeshivas Are Getting A Bad Rap”) in which you argue that a yeshiva education – of the type offered by those schools now under investigation in New York – “improves a student’s reading comprehension; logical reasoning; mathematical analysis; appreciation of history; and understanding of botany and anatomy.”


This characterization does not reflect my 20 years in yeshiva or the curriculum of any of the 39 yeshivas currently under investigation. The yeshiva I attended in Brooklyn did not teach any English, math, history, botany, or anatomy. It didn’t even teach the ABCs!

Reading was limited to Hebrew and Aramaic, and perhaps Yiddish. We had no instruction in reading or writing English. This state of affairs, of course, severely limits future educational and work opportunities as not every yeshiva graduate is qualified or desires to go into the rabbinate or chinuch. Every other vocation requires proficiency in reading and writing English.

In terms of math, perhaps the editors had in mind Rashi’s well-known diagram of a triangular piece of meat in Bava Metzia (23b). But without formal math instruction, how many yeshiva boys can even attempt to follow the complex fractional calculations of a revi’is found in Pesachim (109a and 109b)? From my experience, the answer is none.

As for history and anatomy: Not only don’t yeshivas teach American or world history, they don’t even teach Jewish history – ancient, medieval, or modern. And while knowledge of anatomy would help yeshiva students understand the laws treifus, for example, we unfortunately had zero instruction in these disciplines in my yeshiva, leaving comprehension of these laws up to the imagination of each student.

Democrats Are Enemies of the People Too

While your August 17th editorial, “Is The Mainstream Media An “Enemy Of The People?” asks relevant questions, I believe you missed the target.

Jews who blindly vote for Democrats must answer the questions you asked, as well as other questions related to Democrats’ tolerance of anti-Semites like Jimmy Carter, Barack Obama (congregant of Reverend Wright and friend of Louis Farrakhan), and Hillary Clinton (a friend of the terrorist PLO for decades).

Kudos are due to Lauder, though, for rightfully ranking Zeev Jabotinsky where he belongs among the builders of Zionism and the Jewish State. Too often he is neglected.

Jabotinsky wrote his greatest novel about the Biblical champion Samson. In the most well-known passage of the book, Samson declares: “Tell [the Jewish People] three things in my name, and not two: they must get iron [i.e. armaments]; they must choose a king; and they must learn to laugh.”

What Jabotinsky meant in part by “learn to laugh” was the development of confidence on a national level. With rapidly changing Middle East realities and the abuse of self-proclaimed friends such as Lauder, Israelis may need that message now more than ever.

Or do they? After all, smart Israelis know that Lauder’s name won’t ever make it into future Israeli history textbooks while Jabotinsky’s importance grows every year in the minds of both average Israelis and historians.

The Rainbow Flag Must Not Fly In Jerusalem

The Jewish Press recently discussed to H.R. 6450, a bill that would ban U.S. embassies from flying rainbow flags.

While I would support this bill no matter what, I believe frum Jews have an extra responsibility to lobby for it now that Trump has moved the U.S. Embassy in Israel to Yerushalyim. Letting a rainbow flag fly in Yerushalyim is like spitting in G-d’s face after all the good he has done for us.

Unfortunately, the position of New York politicians on abortion is even worse. Governor Cuomo, for example, vigorously supports it.

Republicans must fight for morality in our city. If they don’t, we must look at the New York Constitution Party. The Founding Fathers would be rolling in their graves if they knew what was going on in this country.

This past Sunday I went to a farm in New Jersey with my family. Immediately upon entering the farm, the experience of Rosh Hashanah was thrust upon me. There were numerous rams in an enclosed area and, seeing their bent horns, I was reminded of how we must bend and be flexible with our fellow man.

I was also reminded by the sheep on the farm that we will all soon pass before G-d as a flock of sheep. G-d will act as a judge, but He is also our compassionate “shepherd,” which is a comforting thought. 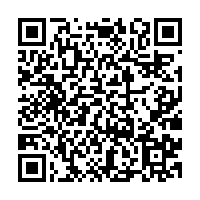