Welcome to the new debating corner of the Jewish Press online. With the comments traffic on our website growing so nicely, we decided to invite our readers to discuss specific issues outside of the context of reactions to an article.

Please be respectful of one another, write to the point, and try to say something new. Foul language will get your entry deleted.

Everybody likes to discuss the Haredim, both in Israel and around the world. In a sense, they’re the Jews’ Jews: foreign, isolated, mired in poverty, exulting in astonishing wealth, infuriating with their indifference to the outside world, surprising in their acts of charity.

No one who has lived close to Haredim or studied them closely can walk away with a simple opinion of either love or hate. But we’re not interested so much in your opinion about the Haredim, but in a strong trend that seems to be impacting this community worldwide at an increasing force: they seem to constantly be moving to the right.


And as their numbers are growing at an unusual rate, the end result is that the Jewish nation is being dragged further and further to the right with its Haredim.

By “right” we don’t mean political positions, but rather the ever growing areas of our lives which used to be conducted in a rather liberal manner by most Jews, including the Orthodox, and are no longer. many of them are in the area of Tznius-sexual modesty

Mixed seating is no longer an option in many Jewish weddings; segregated buses are more visible than ever; some neighborhoods have introduced separate sidewalks for men and women; ugly phenomena like cursing and spitting at women, even religious ones, have become part of the nomenclature.

But there’s more: demographic growth has given life to a Haredi media treating reality in a disturbing fashion to many; defense of unseemly phenomena in Haredi circles ends up promoting even more of that; Haredi influence in Israel sometimes makes a mockery of elections, tenants’ rights, defense of the country; Haredi influence in America occasionally galvanizes broad support for scoundrels.

Haredi influence is ever-present in the lives of non-Haredi religious Jews, whose kashrut is under Haredi control simply because of economics; it’s also ever-present in the lives of secular Jews, especially in Israel, because the Haredim control the chief rabbinate which, in turns, controls most aspects of civilian registration; it also controls the fate of olim from abroad, sanctioning and boycotting congregational rabbis based on strictly political yardsticks.

In short, the bigger the Haredi community grows, the greater its ability to dominate our lives is getting, and the more they seem to be pulling the rest of us into what many view as a restrictive direction.

You’re welcome to dispute any one of our assertions: we’ve attempted to depict a kind of overall impression many non-Haredim share about the Haredim. But we’re interested in a deeper, more intriguing and crucial question:

Will it ever end? Will the pendulum ever stop swinging to the right?

Ladies and gentlemen, start your keyboards. 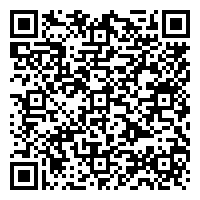