On 4:25 pm on the 21st of March, 2002, a Palestinian Authority police officer, escorted by two Palestinian women, walked down King George Street in the heart of Jerusalem.  His escorts told him “Allah will guide you.”  Muhamed Hashaika gave one last look around him at the crowd shopping a week before Passover and then detonated a 10 kilogram suicide belt filled with nails and screws.  I was unaware of the bomber’s presence behind me and our seven-year-old son, but not for long.  The force of the explosion sent me flying forward about 15 feet.  When I landed on the sidewalk, I saw that my left arm was soaked in blood, my own.  I got up and turned around and the view was surreal:  smoke, destroyed shops, but nothing moving.  Where was Yehonathan, our son? I ran back to where we had been holding hands on our way home, and I saw him face-down on the sidewalk.  I pulled him up over my head and heard him moaning—he’s alive!  Not so the fellow a few feet further back:  he was one of three killed, including a young couple, the woman pregnant with twins.  I ran with our son on my shoulders with thoughts of Kramer vs. Kramer running through my head.  At least Dustin Hoffman could practice with a sack of potatoes; I did not have any preparation for this moment, not from my bachelors at Harvard nor from my Ph.D. from Wisconsin-Madison.  In the end, I had two screws pass through my left arm, one of which required six hours of microsurgery to remove from my wrist, while Yehonathan had the head of a Philips screw pass fully through his right brain.  The body of the screw was found in his blood-soaked clothes when they were washed at home.

On Monday of this week, the Supreme Court of the United States refused to hear the case of Sokolow v. PLO.  The case involves eleven families, including our own, harmed during the second Palestinian intifada. Some plaintiffs lost loved ones in horrific bombings such as that at the Hebrew University, while others were seriously injured in shooting and bombing attacks in Jerusalem between 2002 and 2004.  We sued under the Anti-Terror Act (ATA) which sailed through both houses of Congress and was signed into law in 1992. The law was meant for the PLO before the Oslo Agreements were signed on the White House lawn.  When the case finally made it to trial in early 2015, it did not take the jury very long to find the PLO and the Palestinian Authority (PA) guilty of providing material support in all of the attacks.  Actually, the jury of twelve impartial New Yorkers were sent to deliberate after lunch on a Friday and on the following Monday at noon they had already found the defendants guilty on 24 counts and had assigned for each plaintiff a damage sum, which came to $218.5 million, automatically trebled to $655.5 million under the ATA.

The PA immediately announced its intention to appeal.  But there was a problem:  if the PA wanted to appeal, it would have to deposit $700 million with the court to do so.  No worry:  John Kerry’s State Department asked the judge to have mercy on the PA, stating that if too much was financially asked of them, they would go out of business and who knows what would happen next.  Judge George Daniels took State’s advice and set a trivial appeals bond.  The Second Circuit of Appeals heard the appeal and did not in the least suggest that the PA or the PLO was not guilty; instead, it said that the ATA was unconstitutional as applied to the PA and the PLO.  As they are not “at home” in the USA, they cannot be sued in any US court.  We as a family attended the appeals hearing.  I remember one of the judges asking a PA lawyer when the ATA would apply.  He said with a straight face: “If an attack is planned in the US and carried out outside of the US, then the ATA would apply.”  Have we ever heard of such a situation?  Does ISIS or Al-Qaeda have a planning office in Iowa and send by secure communications instructions to their soldiers all over the world how and where to stab, run over, shoot or blow up?  Was this really Congressional intent?  Not according to the testimony and Congressional records from the time.

The appeals court said that the PA and PLO were entitled to the protection of the U.S. constitution and that it would be fundamentally unfair for them to have to answer for their crimes in the U.S. courts—legal conclusions that sounded bizarre to a non-lawyer like me.

So we next turned to the Supreme Court to reverse the appeals court decision and reinstate the original judgment. The entire House of Representatives, twenty-three senators from all across the political spectrum and eleven former senior U.S. officials including former Attorney General John Ashcroft all filed briefs with the court on our behalf.  They all said that the lower court conclusion was wrong, and dangerous.  The justices asked for the opinion of the Trump administration. After eight long months, the Trump Department of Justice filed a brief on the side of the PLO, telling the court it did not need to hear the case.  The Department of Justice did not disagree with any of the briefs filed by our supporters that the lower court decision was wrong.  They just said that the court could benefit from “further development” of future cases.  And with that, the Supreme Court refused to hear our appeal.  Sokolow v. PLO is effectively dead, the historic verdict voided on a legal theory that most everyone agrees is wrong.

As previously mentioned, the jury did not require very long to find the PLO and PA guilty of supporting the terror attacks in which we and other American families were harmed.  The Second Circuit and the Supreme Court said nothing regarding their guilt as laid out in details in Judge Daniel’s courtroom.  So how do the Sokolow families realize justice for what we have experienced at the hands of the PLO and its Frankensteinian offspring, the Palestinian Authority?

The Congress recently passed in the omnibus spending bill the Taylor Force Act that reduces aid to the PA in an amount equivalent to the monies that the PA gives to its terrorists sitting in Israeli jails and their families.  All of the Sokolow attacks have resulted in criminal convictions of PA agents and employees, who are now getting money today from the PA.  In response to the passage of the law, the PA defiantly announced that it will pay these terrorists $355 million this year.  A proposal:  let the monies held back by the Taylor Force Act be given to the Sokolow families, until the full judgment is fulfilled.  If the money is simply held back, one day some administration may find an excuse to send it along to an unrepentant PA. Giving the money to the PA’s victims would teach the PA that American blood is not cheap and that there is a price for killing and maiming American citizens, wherever they may be.  This was the true Congressional intent as embodied in the ATA. Congress passed a law that the Administration failed to support in front of the nation’s highest court. Now Congress has the chance to put the Administration in its place by directing the Taylor Force set-asides to the victims of PA supported and directed violence. 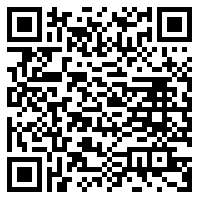