This year, owing to the need for a do-over of last April’s national vote, for the first time Israel’s election season has coincided with the lead-up to the High Holidays, a period traditionally devoted to introspection and repentance. Likewise, in the U.S., the pre-election-year mania is in full swing, with candidates rising and falling with the molting leaves as the primaries – and our Days of Awe – inch closer.

It’s one of those moments that scream out: There has to be a connection.

Politics in Israel are inexorably intertwined with religion – in the way candidates and voters define Jewish identity and what role they believe it should play in the government. Thus, how Israelis prepare for and observe Rosh Hashanah and Yom Kippur probably correlates to an extent with where their electoral sympathies lie.

That makes sense when it comes to policy positions: Should buses run on Shabbat? Should yeshiva students serve in the IDF? Should we annex Judea and Samaria? Should the Nation-State law stand? What should we do about Gaza?

Similarly, religious Jewish voters in America should take note of where the candidates stand on Israel, BDS and anti-Semitism, security, educational funding, religious autonomy, gay and gender identity policies, and other matters of concern to our community. Which issues have they prioritized, who occupies their sphere of influence, and what does their record – on the floor of Congress or on Twitter – portend about a potential presidency?

Politicians’ moral and ethical profiles, however, deserve far less attention than they receive.

We are a long way from the days when G-d would choose a leader for the Jewish people – Moses, Aaron, Joshua, followed by a succession of Judges – and present that individual to us with His personal stamp of approval. Even then, blessed with leaders of impeccable moral character, we floundered and found fault.

Still, we craved divinely-inspired leadership. “So now appoint a king to judge us, [so we can be] like all the other nations” (Samuel I, 8:5), the Jews petitioned the prophet Samuel. And so it was. Some of those kings were just, others turned corrupt; the kingdom splintered. But throughout the centuries of turmoil, we were endowed with prophets who continued to speak G-d’s word to those who were willing to listen.

Today, we have neither kings nor prophets. There are political leaders and religious leaders – and it’s critical not to conflate the two.

Those elected to govern have the power to make decisions that affect our lives as Jews and as citizens. What those decisions are likely to be, and the consequences thereof, should be the focus of our attention when choosing which candidates to support. The character – good or bad – of politicians gets an outsized share of airtime, campaigning, and commentary. Many voters look to a candidate’s family and personal life to evaluate his or her integrity. Picture-perfect family? Scandal-free past? Tax returns shipshape? That’s my guy (or gal)!

It’s fair to say that a great deal of the fierce hostility directed toward Donald Trump is against Trump the man, not Trump the President. Few who detest an elected leader so passionately are able to take a step back and dispassionately evaluate the wisdom, or lack thereof, of his policy on any particular issue. But at the end of the day, the policies are what impact our lives for better or worse. The only practical implication of politicians’ integrity is whether it will hold them to their promises when the chips begin to fall.

Netanyahu, Olmert, Litzman, Deri, Barak: None are strangers to the justice system. But are the legal entanglements of the prime minister or any other player – in a system not divorced from political influence – reason to redirect one’s vote? The quest for “clean” candidates, while salubrious in theory, takes attention away from the agendas which could radically alter our country and our future.

Some argue that the prospect of facing criminal charges will distract an elected official from the business of governance. (No surprise that the argument often sounds from those cheering on the investigation.) This is true, but let’s beware: In the era of revenge politics, it is far too easy for sore-losing political opponents to orchestrate the persecution, if not prosecution, of their nemesis. If you can’t beat him, impeach him. To the extent one believes that a politician committed a crime which disqualifies that person from leadership, it’s best to choose another candidate. Otherwise, let’s not let the accusations distract us as voters from making a considered decision.

Even our religious leaders are imperfect (this is not sacrilege but acknowledgment of human frailty), and it’s only in that sphere that we ought to focus on character. We need spiritual guides who don’t just learn but live the principles of Torah, who are masters of self-refinement, devoted to the Jewish people, and worthy of respect and emulation. Fortunately, such people do walk among us; usually, they are not politicians. This is no statistical accident. If you don’t want to get wet, you don’t jump in the pool. If you don’t want to get sandy, you don’t go the beach. If you don’t want to get your hands dirty or shake hands with someone whose hands are dirty, you don’t run for office.

As citizens, we are free to cast our ballots for whomever we believe will lead our country in the direction we want it to go. As Jews, we are empowered to “aseh lecha rav,” to seek out spiritual mentors who uphold the values we hold dear. Two mandates, two different sets of priorities.

With Rosh Hashanah approaching on the heels of the Election Day redux in Israel and the looming primary contests in the U.S., we are well to remember that there is only One who is without blemish, and we won’t find Him in the voting booth. 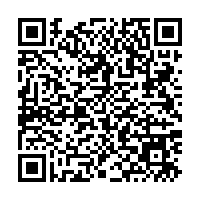