I made the finals of the Laugh Factory’s ‘Funniest Person in the World’ Competition. Miracles happen.

A man who never had a chance to make it as a comedian because he kept Shabbat was now able to do stand-up for the world.


Question answered. An orthodox Jew can entertain all people. Now let’s talk about what happened.

The competition was the greatest experience of my comedic career. I performed with comedians from other religions, from all over the world, and we became immediate friends. Comedic delegates from all four corners of the globe, my brothers and sisters in laughter, these comedians are stars in their countries. Hailing from Malaysia, Pakistan, Philippines, Brazil, Jamaica, Australia, India, and the list goes on. I spent a week with my new friends, transcending the world of politics and entering the world of laughter, where differences are praised and applauded.

As I described in my article here, I was selected as Israel’s entrant into the Funniest Person competition, and my video submission was so well liked that I made it to the live semifinals in Finland.

I hit the stage in Finland, scared as anything. Will I connect? I have had a hard enough time connecting with Jewish women, let alone people from Finland.

I decided to take my audience to somewhere they’d never been before, to my world, the world of authentic Judaism and love of Israel. In stand-up, it is generally best to deal with familiar topics, known topics that are relatable – that’s one of the reasons why relationship humor is so widespread. But I wanted to open up something new to my audience. That’s why I performed with my Yarmulke and not a hat. I didn’t want to use the Jewish baseball cap disguise. Even if it was scary.

The first few minutes were scary. This was the first time I did not waste any time pandering to the audience. I took them right into my world and it was like a storm hit the room. I let them know what it was like to be Jewish. And at some point, being Jewish became relatable to them.

The first judge gave me a sort of, ‘I see where he is going, but I do not know if he is there yet.’ Got an 8. The next judge jumped in with a, ‘Refreshing’. He praised the act as something different, ‘Giving new meaning to self-loathing.’ The third judge shared his support as well, two nines.

I was on my way to the finals!

All of these years of spilling my heart in front of audiences led to this first moment of support and validation from people in the industry.

The unique Jerusalem style of total honesty, dealing with real issues on that stage, while bringing up true concerns in a non-judgmental way, and bearing my soul, finally found its place in the world of universal comedy. Comedy is not just about laughter, it is also about bringing out laughter from places most people are scared to go.

In the finals, I opened up my heart to the world. I let them know who I am and shared some of what it is that makes me the Jew that I am. To me, that is the only comedy I can do. I am not acting on stage, I am living. Life has ups and downs and it is raw. Same with my comedy.

Now is the time when I share something unfortunate. While I was on that stage, there were anti-Semitic remarks being made on the live stream. Comments about the Holocaust, hatred of Israel and hated towards Jews in general.

Immediately, family and friends questioned me. Maybe my material was “too Jewish”? Or maybe I shouldn’t have performed for these people at all? Why perform for and share of our tradition with people who hate? Why? Because we are supposed to be a light amongst the nations. And you can’t connect with people if you are scared. People are going to hate us, but I will not allow them stop me from loving who I am.

After my set, my Malaysian comedian friend came over to apologize to me. He said, ‘David, I am so sorry. Some people are very ignorant. They are making nasty comments about Jews.’ I was shocked for a second. Immediately I asked, ‘Did they say anything about my comedy?’ My Malaysian friend said, ‘No.’ I was relieved.

It was at that point that I knew I had won the competition. Finally, comedy transcended the laugh. There was the laugh and the point.

I am Shomer Shabbos

I didn’t compete in the finals. I performed in the finals, but the voting was held over Shabbat so it was impossible for many of my supporters to participate.

I never felt better not competing. While the other four finalists were sending their videos to their supporters around the world, encouraging them to vote, I was making Kiddush. Shabbat is my time to connect with my identity. Shabbat is what makes me, me.

My mission was accomplished. I made the finals as a religious Jew and a respectable comedian. Now I know that I can connect with audiences of any kind, on any topic and bring them into my world. As long as it is not on Friday night.

We all know the famous story of Sandy Koufax who refused to pitch in the World Series on Yom Kippur. Perhaps this story of a comedian who didn’t lobby his supporters to help him win the Funniest Man in the World competition will one day become another beautiful Jewish story that parents will be able to share with their children. OK, I know, I won’t make the Hall of Fame, and children won’t want to hear my story, but maybe along the way, I will make a few people laugh. 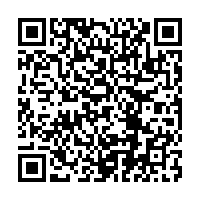