On November 14 1940, seventy three years ago, 400 Luftwaffe bombers attacked the British city of Coventry, in was know as “Operation Moonlight Sonata.” Coventry was an important engineering and manufacturing city, but it was poorly defended. The German high command knew where the most important factories were and the planning for the raid was meticulous. The bombing lasted 13 hours. By the time the attack was over, 75% of all buildings in the city were destroyed, 33% of all factories and 50% of all homes. On November 20 began the mass burials. Group Captain Frederick William Winterbotham, in his book, “The Ultra Secret,” claims that the British government had advance warning of the attack from intercepted German radio messages encrypted with the Enigma cipher machine, decoded by the British. He further claimed that Winston Churchill ordered that no defensive measures or evacuation be taken to protect Coventry, lest the Germans realize that their cipher had been broken. Churchill was concerned with the long run. He looked well beyond the immediate present.

So do the Iranians.


“Oh you who believe! Seek help with patient perseverance and prayer, for God is with those who patiently persevere,” Koran, 2:153.

There are dozens of verses like that one in the Koran, and what Iran has plenty of is patience and perseverance. The Iranians have a long view of history and a lot of patience. In fact, Iran has been waiting for 2500 years, since the time of Cyrus the Great. At the time, the Persian Empire spanned from Pakistan to Greece and Egypt. At its peak, around 500 BC, it ruled over an estimated 50 million people, about 44% of the world’s.

What today’s Iran desperately needs in order to resurrect the glory days of the old empire are time, money, and nuclear weapons. In the world court, Iran was granted a continuance by the leaders of the G5+1, who were unable to see past the tips of their noses, and take their own long view.

The deal to “resolve” the Iranian nuclear problem is to run in stages. “The first step would be time-bound, with a duration of 6 months, and renewable by mutual consent, during which all parties will work to maintain a constructive atmosphere for negotiations in good faith.”

Even without reading the remainder of the document, this first line of the first step presents two major problems.

The first resides in the fact that this temporary, 6 months agreement, is “renewable by mutual consent‚” meaning it can go on indefinitely. All the conditions that made this agreement so desirable today—and the alternatives to it so unacceptable—will be present in 6 months from now and every 6 months thereafter as well.

Given the state of the world economy, the difficulty in establishing the sanctions in the first place, and the wold’s thirst for oil, chances are that the remaining sanctions will become eroded and less effective with time. The likelihood of reinstating or tightening the sanctions, in the event of Iran’s noncompliance, is slim to none.

President Barack Obama has a short term view of world affairs that does not breach the time limit and legacy concerns of his presidency. When he leaves office in three years and enjoys golf in Hawaii, nuclear Iran will no longer be his concern, just like nuclear North Korea is no longer President Bill Clinton’s problem. Who knows, there may even be a windfall of fringe benefits dangling from an invisible Iranian string, not unlike the one enjoyed by President Jimmy Carter.

Not only was the economic noose around Iran’s neck relaxed, but the dreaded military option, the backbone of the entire effort, was just given a quiet burial. The military option against Iran is not likely to see the light of day again, since all that’s needed to avoid conflict is to extend the present agreement by 6 more months each a time. In a culture hungry for quick results, this agreement offers instant gratification—indefinitely.

The second problem resides in the last two words of the sentence: “All parties will work to maintain a constructive atmosphere for negotiations in good faith.”

It is inconceivable to associate these two words with the two decades of deceit by Iran, without at least a modicum of concern over “Taqiyya,” the Islamic term for cheating.

Googling “Taqiyya” yields 506,000 hits. The book “al-Kafi fi ‘Ilm al-Din,” the most authoritative Shia text, states that “Nine tenths (90%) of religion (Shiism) is Taqiyya (dissimulation), hence one who does not dissimulate has no religion.” The Ayatollahs are nothing if not religious.

Even if one wishes to forgive the many transgressions perpetrated by Iran over the past 20 years, it was just a week ago that Iran’s Supreme Leader Ayatollah Khamenei regaled his audience of 50,000 Basij militiamen—who were chanting “Death to America”—with a call to eliminate Israel.

In 1969, when he was 30, Khamenei translated into Farsi an Arabic text dealing with the armistice agreement between the second Shia Imam, Hassan, the son of Ali, and the Sunnis. The text is known as Hassan’s Peace. After Ali’s assassination, realizing that he could not defeat the Sunnis in war, Hassan accepted a peace accord, which was referred to by Khamenei as “History’s Glorious Exercise of Flexibility.” A week ago, Khamenei spoke of a need for “Heroic Flexibility,” a flexibility that will bring Iran closer to becoming a nuclear state, and closer to a new world order.

The recent agreement has provided Iran with more breathing room in its long quest to become a regional and a world power, and it provided Obama with instant gratification that is renewable, at will, every six months. 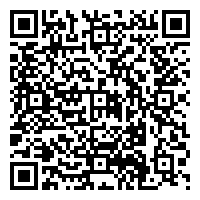