American Jewish leaders: Where are you?


While Israel has never been so militarily secure, our international position is increasingly fragile. Europe is intensifying its anti-Israel policies, and Britain may soon elect an outright anti-Semitic leader.

The continued support of the United States is thus immensely important. But there are perturbing developments.

President Donald Trump has been a great friend to Israel, but displays erratic tendencies. And unsubstantiated but disturbing hints suggest that the American peace plan may include unpleasant surprises that Israel may find unacceptable. At the same time, the Democratic Party’s growing leftist wing threatens the bipartisan congressional consensus on Israel that has prevailed for decades.

Today, Israel’s principal supporters in America are the evangelical Christians, whereas the Jewish community is utterly disunited, betraying its loyalty and obligations to the Jewish state.

Prior to the Obama administration, Jewish leaders never hesitated to speak out against government policies considered inimical to the interests of Israel or the Jewish people. But when Barack Obama was elected president, the mood changed. He began to treat Israel as a rogue state, groveling to Iran, describing Israeli defenders and Arab terrorists as moral equivalents, and finally, he declined to veto the most despicably anti-Israel U.N. Security Council resolution ever passed. The American Jewish establishment’s response was a deafening silence.

Apart from the Zionist Organization of America and a few smaller groups, the vast array of Jewish groups failed to react.

Prior to Trump’s election, Jewish organizations were meticulous in seeking to maintain bipartisan support for Israel. But now, hysteria has swept through the Jewish community. Many progressive rabbis and lay leaders see a duty as Jews to oppose him, even on issues that have no bearing on Jewish interests. Some went as far as to accuse him of being racist, anti-Semitic and a Nazi sympathizer.

This, even though Trump has been the most positive president towards Israel. He introduced significant beneficial policies such as ceasing financial aid to Palestinian terrorists, moved the U.S. embassy to Jerusalem and backed Israel in international forums.

The most striking example of Jewish anti-Trump agitation is the Anti-Defamation League, whose mandate is to fight anti-Semitism and bigotry. It lobbied against Senate confirmation of Mike Pompeo for secretary of state, concentrated on right-wing anti-Semitism while soft-pedaling the greater threat from the left, endorsed Black Lives Matter despite anti-Israel passages in the movement’s platform, refused to endorse anti-boycott legislation and failed to react vigorously against activists who suppress pro-Israel activity on college campuses.

The recent much-publicized Women’s March is a blatant example of toxic anti-Semitism and anti-Israel agitation in a movement ostensibly committed to human rights. The leaders include unashamed anti-Semites like Linda Sarsour and Tamika Mallory, the latter who refuses to dissociate herself from the notoriously anti-Semitic Nation of Islam leader Louis Farrakhan.

An even more disturbing event was the election of openly anti-Israel congressmen with the support of Jews. Among these are Rashida Tlaib (D-Mich.), who has been photographed with Abbas Hamideh, a supporter of Hamas and Hezbollah who likens Zionists to Nazis; and Ilhan Omar (D-Minn.), who has described Israel as “evil” and an apartheid state, claiming that Israel has “hypnotized the world,” and accused Jews of harboring “dual loyalties.”

But what must have shocked Jews even remotely supportive of Israel was House Speaker Nancy Pelosi’s appointment of Omar to the powerful House Foreign Affairs Committee, which oversees foreign aid and such national-security issues as terrorism and the proliferation of unconventional weapons.

Some Jewish organizations are now belatedly protesting that development. Had they spoken up earlier, it might have pre-empted the appointment of an outright anti-Semite to this sensitive position.

This past decade has been one of unprecedented cowardice by the Jewish establishment. It failed to speak out against Obama’s anti-Israel bias and remained silent when liberal Jewish organizations, progressive rabbis and individual Jews defame Trump from Jewish platforms.

Yet the Conference of Presidents of Major American Jewish Organizations saw fit to sanction ZOA national president Morton Klein, one of the primary voices speaking out against left-wing Jewish hysteria. It censured him personally and his organization for insults and ad hominem attacks.

American Jews are at a turning point. They should unite to oppose the rapid radicalization of the Democratic Party before it’s too late. They are free to support or oppose Trump, but should do so as Americans, not as Jews. And if there is a case for or against Trump acting with regard to Jewish issues, a consensual statement that does not detract from bipartisanship should be made by mainstream leaders.

If Jewish leaders do not reverse the tide, most American Jews will be betraying Israel, and in the process, obliterate what little is left of Jewish identity.

It would be tragic if future generations of American Jewry continue to evolve into “non-Jewish Jews” or disappear completely. Should that happen, Orthodox Jews and evangelicals will remain the sole supporters of Israel in the United States. 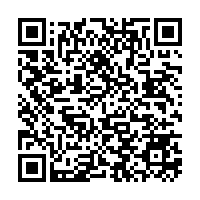