One act of magnanimity by Moshe Dayan at that time allowing the Muslim Waqf to retain control of the Temple Mount led to the situation we see today. This decision does not say much about the people in the Israeli cabinet at that time who allowed this decision to prevail.

We pray on Tisha B’av in memory and sorrow of the disaster that befell the Jewish people by the destruction of the two Temples thousands of years ago. The first Temple destroyed in 586 BCE and the second in 70AD.
We should in fact also be lamenting that we controlled the Temple Mount in 1967 and squandered this control and our heritage away by one act of foolhardiness by Moshe Dayan, the brilliant and heroic soldier he was, whose insight however into the profoundness that was at stake was abysmal.

Contrary to popular misconceptions, Rabbis at the time wanted Israeli control over this holy site while researching which part, according to Halacha, of this hallowed ground Jews were not permitted to go, a search the Waqf made difficult by sealing off underground areas.

In fact this decision by Dayan changed the course of history for the Jewish people in profound and negative ways. We could have had it all but squandered this chance that presented itself on a platter. With an issue so profound, any General, as the victor and steeped in our history and heritage could have forced each and every Waqf official to identify every single area that had been sealed. Apparently the Jewish world had no such General at the time. Jews caved in then (even in victory), as we do now. So now we have nothing.
Jews are prevented from entering the Temple Mount wearing a kippah and will be thrown out even if they are seen to be moving their lips in prayer.
In a nutshell, Jews are not permitted on land that was theirs since time immemorial.

To talk about Jerusalem being the united capital of Israel while in the centre, the most profound piece of real estate in all of Judaism is controlled by the Muslim Waqf (who deny Jewish access to this site) is just absurd.

Is there no end to the spineless Israeli leadership that allows this situation to prevail? At this rate we should be commemorating Tisha B’av every day.

Had we had full control of the Temple Mount all these decades, this is where foreign dignitaries would be escorted to on arrival and not to Yad Vashem, a memorial to our various gravesites.

The Temple Mount simply has to be retaken by force. 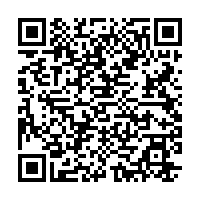