What’s the state of the republic one month into the Obama presidency? It’s a state of deep confusion. Here are some polls to ponder. Brace yourself.

Before he was elected president, Senator Barack Obama was ranked the most liberal member of a very liberal U.S. Senate by the non-partisan National Journal, which is famous for its rankings of members of Congress. In short, then, a decisive majority of Americans elected as president the most liberal major presidential candidate in the history of the republic. This was unprecedented.


To many of us, this suggested Americans had drifted to the left. It turns out they have not. Consider some other surveys:

For a long time now, thanks to the Reagan presidency, Americans have called themselves “conservative” rather than “liberal” by a roughly two-to-one margin. In 2000, the year George W. Bush was elected president, 18 percent of Americans said they were liberal vs. 36 percent who said they were conservative (38 percent opted for the moderate label). This has been consistent for quite a while. Generally, self-identified liberals have hovered around 20 percent, while conservatives have ranged in the upper-30 percent, sometimes above 40 percent.

Surely that must have changed in 2008, with the election of Obama.

No. In 2008, despite Obama winning the presidency, 21 percent of Americans said they were liberal vs. 38 percent who said they were conservative (36 percent chose moderate). Although both liberals and conservatives alike picked up small gains, the difference between 2000 and 2008 was virtually identical.

If that seems contradictory for a nation that voted for a man from the far left as president, well, that’s because it is. But that’s nothing compared to the inconsistencies in another poll:

A nationwide survey by Clarus Research Group asked American voters which president should be the model for Barack Obama in shaping his presidency. One would expect Americans to pick a liberal president – since, of course, Obama is a liberal. Perhaps FDR, LBJ or Jimmy Carter. Instead, the top choice was America’s most conservative president: Ronald Reagan.

How could that be? Answer: it cannot. It is impossible.

Barack Obama cannot model his presidency after that of Ronald Reagan. The two are irreconcilable. A large square cannot fit into a tiny circle. You cannot take a president who is a paragon of liberalism and one who was a paragon of conservatism and match them ideologically. That’s not fair to Obama. In fact, Obama would not want to do that, nor would his staff – nor would Ronald Reagan.

If that’s not bad enough, the contradictions get worse when you look at policy issues. Here’s one:

An October Marist poll found that only a sliver of Americans, 8 percent, favor allowing abortion at any reason at any stage of pregnancy. Well, those same Americans just elected a man who is seeking to remove any abortion restrictions whatsoever, including those agreed to by bipartisan legislatures all over America. Senator Obama had a 100 percent pro-choice rating from NARAL and a zero percent pro-life rating from National Right to Life.

That’s one policy issue. I could cite other divergent numbers on taxes and government spending, but I don’t want to send you running for a straightjacket.

Indeed, this is positively maddening. How can Americans believe red and vote blue?

It raises a troubling, indelicate question for both liberals and conservatives alike: Can we trust the American public to vote rationally? That may seem harsh, even condescending, but it is an inescapable consideration given the data.

The data is particularly a jolt to Reagan Republicans. Ronald Reagan frequently declared that you can always trust the American people to make the right decisions. Of course, that assumes a knowledgeable, well-informed public – educated by schools and media that are genuinely balanced in exposing a wide variety of points of view. It also assumes a citizenry that votes according to ideas or ideology.

Apparently, for many Americans, those things did not happen on November 4, 2008.

It also means that despite Obama’s sizable margin of victory, he did not get a mandate – certainly not a liberal mandate. The public, at best, gave him a mandate for some sort of “change,” but not a change to the left. 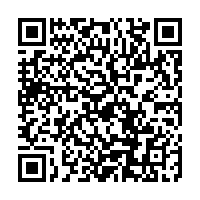