I got hooked on this show while home on maternity leave with my first child. Up until then I’d been a workaholic, spending up to sixty hours a week on three jobs and loving every minute of it. Being a housewife was not something I aspired to be, but being home for those six weeks transformed and forced me engage with my new housewife status. Four years and another child later, I can now say I love (almost) every minute of it.


Because the women on “The Real Housewives” shows are not actors, we think we are getting an uncensored glimpse into the real-life daily activities of these women. That could not be farther from the truth. There is nothing real about these housewives. I shudder to think how many women view these episodes and on some level envy the supposedly glamorous lives depicted while comparing them to their own seemingly mundane ones. I wonder how many women, after watching the shows, examine their bodies, wardrobes and homes and feel terribly inadequate.

As an Orthodox Jewish housewife, I can truthfully say I don’t have this problem. These women may seem to have it all: sprawling mansions, full-time help, designer clothes, jewelry galore and an exciting social calendar, but I don’t envy them. I know that just about every word uttered, every embrace, every eyelash, is fake.

On the other hand, I look at the way Orthodox women run their homes and that’s what impresses me. Jewish housewives, the no-nonsense, down-to-earth ones, are my role models. I marvel at how they somehow make it look easy as they juggle professional careers, large families, volunteer work, and so much more.

While Bravo’s housewives proudly introduce themselves with catchy, narcissistic one-liners such as “I have arrived and the spotlight’s on me, honey,” or “I have a taste for luxury and luxury has a taste for me,” we as Jewish women can define the essence of what it means to be a real housewife by examining some of the words of Eishet Chayil, from the closing chapter of the Book of Proverbs, traditionally recited on Friday nights at the Shabbat table.

Her value is far beyond pearls. Orthodox Jewish housewives, at least the ones I know, do not calculate their worth by the size of their diamonds but rather by the character of their children and their husbands – their real gems.

Her husband’s heart relies on her. Unlike the TV housewives who seem to require husbands only to sign checks or act as social accessories, Jewish women take shalom bayis seriously and work as partners to build a bayis ne’eman. Judaism praises wives and encourages husbands to follow their inherent wisdom (recall God advising Abraham to listen to Sarah’s instructions and banish Yishmael from the home) In fact, the Torah teaches us that a Jewish man is incomplete until he acquires a wife.

She arises while it is still night, and gives food to her household. Bravo’s “Real Housewives” make domestication look so simple and elegant, and it is – when you have a nanny, a personal chef, a party planner, an event organizer and an interior decorator. Jewish housewives, in contrast, can discuss refinancing a mortgage, assemble a playpen, and fix the oven gauge – all while curling their sheitels and calming a colicky infant. I am continually impressed by the endurance of Jewish housewives. On any given Thursday night (or dawn on Friday) you can find most cooking up a storm for Shabbat despite putting in a full day of work.

She makes covers for herself, fine linen and purple. The TV housewives wear expensive designer clothes but they are often scantily clad and seem to dress only to impress others. The Orthodox Jewish woman, on the other hand, looks modern and chic by cleverly transforming the latest fashion trends into halachically appropriate attire.

She opens her mouth in wisdom, and the lesson of kindness is on her tongue. The Reality TV housewives are applauded for their quick wit, but it is often biting and cunning, meant to tear others down. Torah-observant women use their voices for good. They find time to recite daily Tehillim, form Shemiras Halashon groups, and attend Torah lectures. They use their God-given intuition to build up their husbands after a bad business day and use soothing words when carefully disciplining their children. 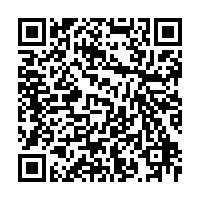