You immediately knew what “it” is, because deep down you know we’re not that far away.

Fifteen years ago I was teaching social studies to fifth-graders in America. At the time, Donald Trump was an eccentric businessman, no one had heard of Barack Obama, and Alexandria Ocasio-Cortez hadn’t mixed her first drink.


No one realized that half the products in their shopping cart were racist, let alone something that should enrage them. There were only two genders – well, there still are, but no one had to pretend otherwise to keep their job. It was a better time.

I taught my students that their basic rights in America were not really guaranteed. For example, I told them, Congress could declare that “All men are created equal” only applies to human beings – not to animals or a sub-species like Jews – and, voilà, the Bill of Rights would no longer protect them.

It seems I overestimated what it would take for such an unthinkable scenario to become plausible. Who needs Congress to vote on anything anymore? The toxic formula of the day is social media campaigns, a takeover of the educational system, media outlets relentlessly spreading propaganda, and a coordinated effort of politicians, celebrities, and activists to manipulate blind followers.

Diaspora Jews seem oblivious to the danger they’re in. They believe the old institutions will protect them, ignoring the fact that these institutions are no longer respected. The Constitution is a piece of paper in a museum. The law is only as powerful as the will of the people to respect it, the ability of the police and justice system to enforce it, and the determination of leaders to uphold it.

The revolutionaries have successfully abolished any semblance of respect for the law, tradition, or civility. The police have been effectively neutered. The leaders on one side support the revolution, and the other side has failed to muster a meaningful response.

When – not if – the riots come to Jewish neighborhoods, no one will stop them. Inviolable boundaries no longer exist and there’s no conceivable way that things will just settle down. The revolutionaries are on a roll, and they have no intention of stopping.

Consider what will happen following the trial of the Atlanta police officer currently facing the death penalty for killing someone who attacked him, stole his weapon, and used it against him. The case can end in several ways:

1) The officer is acquitted. Pandemonium will ensue. The police have been so demonized and the lower elements of society have been so brainwashed that even the possibility of acquittal is anathema to them. Atlanta will burn, there will be riots all over the country, and this “injustice” will become the trigger for the next steps of the revolution that are currently in the planning stages. Of course, they will be “spontaneous” when they actually occur.

2) The officer is convicted of a lesser charge and sent to prison or receives some other punishment. With the death penalty on the table, anything less will enrage the mob that forever seeks pretexts to be enraged. Atlanta will burn, and there will be riots all over the country.

3) The officer is convicted of first-degree murder and sentenced to death. The revolutionaries will celebrate their victory, fueling their insatiable appetite for more such victories and more “social changes” that include riots and burnings. Police will turn in their badges en masse, and the streets will be ruled by gangs, vigilantes, and private security.

4) The officer is sentenced to death and receives a presidential pardon. The pandemonium and riots will be just as bad as if the officer was acquitted.

There is no scenario in which this turns out well, the revolutionaries stop breaking boundaries, and Humpty Dumpty is put back together again. If you are a Jew who feels secure in America right now, I invite you to present your case and argue why people should believe in it. But I caution you: This is not a theoretical Talmudic discussion. This is real life. Your life.

You don’t need an entire society to hate Jews for Jews to be in mortal danger. You need a critical mass, a breakdown of the institutions that uphold the society’s higher values, and sufficient fear among the rest to stand in their way.

All three exist right now in America. When the revolutionaries come to Jewtown, USA, the police are not going to shoot them. Your gentile neighbors, who may have already kneeled before some of these people, are going to think about their job and their family. They might not hate you – they might even think you’re okay – but they are not going to sacrifice everything for you when the tidal waves come crashing down.

Social unrest, economic hardship, political upheaval, a breakdown in law and order, and hate-filled tribalism have never turned out well for the Jews. Now is the moment of truth. America is tearing down its history, and you need to learn from yours.

You have a place to go where you will be warmly welcomed by your own people, where there will always be a place for you, where your neighbors will share your past and your future, and where they will sacrifice for you and fight for you – because they are your family.

There’s plenty of open land waiting for you. Now is the time. 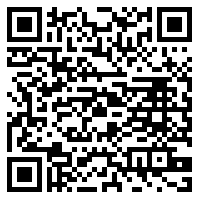