It’s often asked whether a Gemara background helps law students. Of course, the only reason to learn Torah is because it constitutes the core of life itself – in this world and the next. But the question is interesting nonetheless.

I attended 12 years of yeshiva ketanah and yeshiva high school, and ultimately got semicha from RIETS. But after 10 years as a shul rav, rebbe, and Jewish organizational executive, financial circumstances propelled me to law school.


Law school runs three years. During your first year, you initially study core courses, one of which is “Property Law.” One of the more confounding Property Law concepts is known as the “Rule Against Perpetuities,” which is too complicated to describe here but whose basic purpose is to prevent a rich person from being able to hand down all his wealth for endless generations, thus inadvertently creating a family line of lazy people who live off unearned wealth.

Some classmates, fresh out of college, found themselves scratching their heads over the “crazy stuff.” Not I. My years of Gemara learning taught me that law governs more than vehicle rules and taxes. Law addresses everything, including the concern over whether a rich forebear will create a lineage of economic parasites. Law even needs to have rules for cases of cows and oxen falling into ditches, which are so familiar to Gemara students – much as boats erupting into fire while docked at harbor are familiar to first-year law students.

Our Property Law syllabus eventually got to the subject of “adverse possession.” Under that concept, (i) if you own a house in America, and (ii) you move to Bulgaria for several years, and (iii) some interloper meanwhile breaks into your American house and lives there in a manner that is “open and notorious,” and (iv) you do not take steps during your Bulgarian decade to get him evicted – you may find that, when you return to America, the house now legally belongs to the interloper even though he never paid you a penny. Wild stuff!

When we learned about “adverse possession,” I was the only one in class who immediately grasped the concept. Everyone else was in uproar. What made me different (besides my kippah) was my knowledge of “Chezkat Habatim” (the third chapter of Bava Batra), which teaches this exact property law concept.

There is a rationale to it: If you have homeowners essentially abandoning their properties for years on end, not even acting to assert ownership when others move in “open and notoriously,” you end up with sections of Detroit where every house on a street is boarded up and bad guys move in and operate out of them. Society needs property owners to exert rudimentary signs of ownership.

And so it went with all my law school classes. For each session, we would be assigned to read two or three judicial opinions, typically written by a three-judge panel or the nine-justice United States Supreme Court, in which the opinion’s author would inevitably review the underlying case facts, look at governing case law, and then compare and contrast facts from a seemingly similar case.

For someone who had been learning Gemara for more than a decade, these judicial opinions followed a seemingly obvious logic. For many others in my class – smart people with good college grades – it took them weeks, sometimes months, to adjust their minds to the logic of the law. Indeed, after having answered halachic questions for a decade as a rav, I suddenly found myself answering new sheilot, explaining secular legal logic to classmates who wondered why all the exotic stuff seemed so logical to me.

Today, 25 years later, the two universes of Gemara and secular law coincide seamlessly for me more than ever. As a Young Israel rav and law professor, I sometimes teach the same concept during the same week – on Wednesday in my Advanced Torts class and on Thursday in my Gemara shiur. 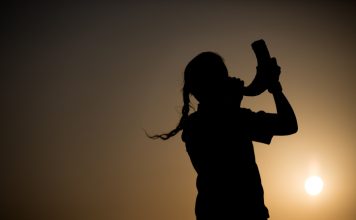 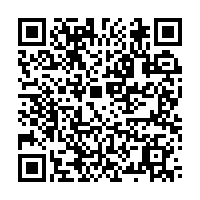