This long and sad list is the human harvest of Islamic terrorism on Europe’s soil:

But after 567 victims of terror, Europe still does not understand. Just the first half of 2017 has seen terror attacks attempted in Europe every nine days on average. Yet, despite this Islamist offensive, Europe is fighting back with teddy bears, candles, flowers, vigils, Twitter hashtags and cartoons.

After 9/11 and 2,996 victims, the U.S. under George W. Bush rose to the fight. The United States and a few brave European allies, such as the UK, Italy and Spain, proved themselves “the stronger horse”. Islamic warriors were thrown on the defensive; Jihadist recruits dropped off and dozens of terror plots were disrupted. But that response did not last. Europe quickly retreated into its own homefront, while the Islamists carried the war onto Europe’s soil: Madrid, London, Theo van Gogh…

Since then, the situation has only become worse: a simple calculation shows that we went from one attack every two years to one attack every nine days. Take just the last six months: Berlin, London, Stockholm, Paris and now Manchester.

Europe has still not realized that the terror which struck its metropolis was a war, and not the mistake of a few disturbed people who misunderstood the Islamic religion. Today there are more British Muslims in the ranks of ISIS than in the British Armed Forces. According with Alexandre Mendel, author of the book Jihadist France, there are more violent Salafists in France than regular soldiers in the Swedish army.

Thirteen years after the attack on Madrid’s trains, Europe’s leaders read from the same script: hiding the images of pain, so as not to scare anyone; concealing that the Islamist attackers are “made in Europe” insiders; repeating that “Islam is a religion of peace”; being prisoners inside our liberties; watching them removed one-by-one while we proclaiming that “we will not change our lifestyle”; and eradicating the fundamentals of our civilization — freedom of expression, freedom of thought, freedom of movement, freedom of religion — the entire basis, in fact, of the Judeo-Christian West.

Radical Islam is the greatest threat to Europe since Nazism and Soviet Communism. But we still have not been inclined to question any of the political or ideological pillars that have led to the current disaster, such as multiculturalism and mass immigration. Hard counter-terrorism measures, the only ones that could break the terrorists’ plans and morale, have never been taken. These would include shutting down mosques, deporting radical imams, banning foreign funding of mosques, closing toxic non-governmental organizations, draining the welfare financing of Europe’s jihadists, refraining from flirting with jihadists, and stopping foreign fighters from returning home from the battlefront.

We treat war and genocide as if they are simply mistakes made by our intelligence agencies.

We dismiss radical Islam as the “mental illness” of a few disturbed people. Meanwhile, every week, two new Salafist mosques are opened in France, while radical Islam is preached in more than 2,300 French mosques. Thousands of European Muslims have gone off to wage jihad in Syria and Iraq, and fundamentalists are taking control of mosques and Islamic centers. In Brussels, all the mosques are controlled by the Salafists, who are disseminating radical Islam to the Muslim masses.

The sad truth is that Europe has never had the political will to wage a total war against ISIS and the other jihadist groups. Otherwise, Raqaa and Mosul would already have been neutralized. Instead, Islamists have been taking over Molenbeek in Belgium, the French suburbs and large swaths of Britain. We now should be celebrating the liberation of Mosul and the return of Christians to their homes; instead we are mourning 22 people murdered and 64 wounded by an Islamic suicide-bomber in Manchester, and 29 Christians killed in Egypt this week alone.

Serious fighting would require massive bombing to eliminate as many Islamists as possible. But we are apparently not ready to abandon our masochistic rules of engagement, which privilege the enemy’s people over our own. Europe also never demanded that its Muslim communities disavow jihadism and Islamic law, sharia. This silence is what helps Islamists shut the mouths of brave Muslim dissidents. Meanwhile, Europe’s armies are getting smaller by the day, as if we already consider this game done.

After every attack, Europe’s leaders recycle the same empty slogans: “Carry on”; “We are stronger”; “Business as usual”. The Muslim Mayor of London, Sadiq Khan, tells us that we must get used to daily carnage! He says he believes that the threat of terror attacks is “part and parcel of living in a big city”, and that major cities around the world “have got to be prepared for these sorts of things”. Does he seriously mean that we are supposed to get used to the massacre of our own children in the Manchester Arena? Islamic terror has now become part of the landscape of so many major European cities: Paris, Copenhagen, Nice, Toulouse, Berlin….

Instead of concentrating on jihad and radical Islam, Europe’s leaders continue to talk about the “Russian threat”. It would indeed be a mistake to neglect Russian expansionism. But did Vladimir Putin’s troops attack Westminster? Did Russian agents blow themselves up, taking the lives of children at a Manchester concert? Did a former Soviet spy massacre Swedes walking in Stockholm? For Europe’s leaders, talking about Putin appears a welcome distraction from the real enemies.

“Dear Jihadists! Quake before the wrath of the man in Bermuda shorts! Fear the rage of consumers, of travellers, of tourists, of holiday-makers, who rise from their caravans! Imagine yourselves like us, as we wallow in the joy and luxury that have weakened us”.

It seems that for Europe, Islamic terrorism is not real, but only a momentary disruption of its routine. We fight against global warming, malaria and hunger in Africa, and for a global world of equality. But are we not ready to fight for our civilization? Or have we already given up? 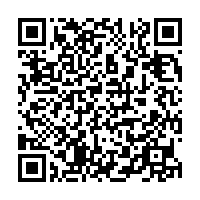