The swearing-in ceremony for the new Iranian president on Thursday was a testament to political and moral indifference – to the erasure of any distinction between terrorism and democracy; it was the tomb of human rights.

The ceremony was welcoming because, as it is known, Iranians are educated, elegant gentlemen in black turbans and pale dresses, with charming smiles under their beards.


Ahead of the event, Iran announced that there would be 115 officials from 73 countries attending: 10 presidents; 20 parliamentary speakers; 11 foreign ministers; 10 other ministers; and the rest of parliamentarians from all over the world. A true success.

And there was the crowd, full of pomp and circumstance, whose seating was arranged by the hosts to reflect the preferences of Ebrahim Raisi, the Islamic Republic’s new president, and naturally of the ayatollah-led regime, whose decisions are always made by Supreme Leader Ali Khamenei.

It is he who selected the candidates who ran in the June elections, eliminating dozens until Raisi, his chosen, was “elected.”

After Raisi’s defeat in 2017, Khamenei held him at the ready with very important positions in the judiciary, for which he received horrified reactions even from Amnesty International, for his having sentenced to death tens of thousands of dissidents and others not appreciated by the regime.

First in line at the party – and seated in the front row at the ceremony – were Hamas Politburo Chief Ismail Haniyeh, Islamic Jihad leader Ziad al-Nakhaleh and Hezbollah Deputy Secretary-General Naim Qassem (whose Lebanon-based, Iran-backed organization had just fired a barrage of missiles at Israel). All of these on a par and associated with Iran’s Islamic Revolutionary Guard Corps.

In the row right behind them, wearing a red tie, sat Enrique Mora, deputy secretary-general of the European External Action Service, the European Union’s diplomatic body, who officially added the above organizations to the EU blacklist – and who’s been leading Europe in the talks in Vianna to breathe new life into the Joint Comprehensive Plan of Action, the nuclear deal with Iran.

What else has to happen these days with Iran, beyond piracy and a double homicide in the waters of Oman; beyond the use of “proxies” as military squads all over the Middle East, with arms and drones worth the millions; beyond the brutal repression against desperate Iranians demonstrating in public squares across the country; beyond the mad race to enrich uranium, while Raisi declares that the atomic bombs are not compatible with his principles; beyond blackmailing the United States and the other countries engaging in talks in Vienna?

Last but not least, how can Europe pay homage to a country that has made the destruction of the Jewish state and hatred of America its principal banner? How can it celebrate a government that invites and honors those who plan the murder of women and children on buses and pizzerias and supplies them with money?

The ayatollahs can be pleased with themselves. While terrorists take their place prominently in the first row, we in Europe, without a word, situate ourselves behind them in the second row. 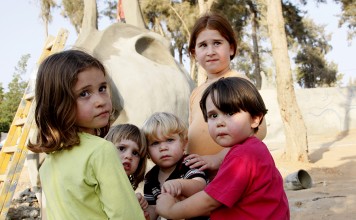