Blacklisting Hizbollah would deprive the militant group of significant sources of fundraising by enabling the freezing its bank accounts and assets in Europe. It would also facilitate intra-European police cooperation aimed at pursuing and arresting Hizbollah operatives believed to be living underground throughout Europe.


Several Western countries, including the United States, Canada, Australia and the Netherlands officially classified Hizbollah as a terrorist organization years ago. But the European Union has steadfastly resisted calls to sanction Hizbollah.

E.U. leaders say they do not have enough information to make a judgment about whether Hizbollah is involved in terrorism. They have tried to justify themselves by saying that because the issue is legal, not moral, in nature, they need “courtroom evidence” of Hizbollah’s culpability.

Well, at least that has been clarified: in recent weeks Bulgarian authorities implicated Hizbollah in the July 18, 2012 terrorist attack which killed five Israeli tourists and their driver in the Black Sea resort of Burgas.

Bulgaria’s February 5 public announcement, which angered many E.U. countries afraid of provoking Hizbollah, was the first time that an E.U. member state has officially established that Hizbollah was guilty of a carrying out a terrorist attack on E.U. territory.

European officials have long rationalized their lack of resolve against Hizbollah by claiming that the organization has both a military wing and a political wing, and that cracking down on the former would cripple the latter, which consequently would lead to the destabilization of Lebanon as well as the broader Middle East.

Many analysts, however, say this high-mindedness is a smoke screen behind which Europeans are hiding to conceal the real reason why they are reluctant to confront Hizbollah: fear, fear and more fear.

Europeans are afraid to call Hizbollah what it is because they fear reprisals against European interests at home and abroad. Europeans also fear that if they take a hard line against Hizbollah, the group may activate sleeper cells and carry out attacks in European cities. (According to a leaked German intelligence report, there are more than 900 Hizbollah operatives in Germany alone.)

In addition, Europeans are afraid that Hizbollah may retaliate against European troops, known as UNIFIL, participating in the United Nations mission in Lebanon.

In Spain, for instance, where Hizbollah was involved in the April 1985 bombing of a restaurant near Madrid in which 18 Spanish citizens were killed, the case was closed in 1987 due to a lack of arrests.

After six Spanish peacekeepers were killed in a Hizbollah bomb attack in southern Lebanon in June 2007, a fearful Prime Minister José Luis Rodríguez Zapatero recruited that same Hizbollah to safeguard Spanish troops, presumably as a way to safeguard his own job.

Less than a month after those killings, it emerged that Spanish intelligence agents met secretly with Hizbollah militants, who agreed to provide “escorts” to protect Spanish UNIFIL patrols. The quid pro quo was that Spanish troops look the other way while Hizbollah was allowed to rearm for its next war against Israel.

The Spanish government recently announced that it will cut the number of its troops within UNIFIL to half by the end of 2013. What is clear is that Spain, as well as its European partners, have abandoned the letter and the spirit of UN Resolution 1559, the main objective of which was to disarm Hizbollah and to transfer effective control over the southern Lebanon to Lebanon’s armed forces.

Europeans are also afraid of inciting the thousands of shiftless young Muslim immigrants in towns and cities across the continent. The fear of angry Muslims is, in fact, so pervasive in European capitals that in practical terms Islam has already established a de facto veto on European foreign policymaking.

In addition to the investigation in Bulgaria, there has also been the trial in Cyprus of Hossam Taleb Yaakoub, a captured Hizbollah operative with joint Lebanese and Swedish citizenship who is suspected of plotting attacks on Israeli targets. The trial, which is scheduled to end on March 7, has provided many insights into Hizbollah’s secret operations in Europe. 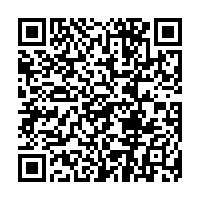