“Palestinian leadership plans to increase pressure on US ahead of Biden’s visit.” This headline in the Daily Alert was illustrative of why Palestinian delusions are mainly responsible for their plight.

The article associated with the headline said the Palestinians want to “turn the screws on the White House in order to secure lucrative overtures from the Americans.”


Excuse me. Who is the superpower in this equation?

Somehow believing the United States would care about yet another empty symbolic gesture, Palestinian Authority leader Mahmoud Abbas announced that he is considering suspending the Palestinians’ 1994 recognition of Israel. At the time, Yasser Arafat’s letter was viewed as a game-changer. Palestinians finally acknowledged reality and took a necessary step to convince Israel to negotiate with the PLO leader. It was not sufficient, however, and ultimately has proved meaningless as Abbas repeatedly states that the Palestinians will never recognize Israel as a Jewish state; the Palestinians have spent every year since “recognition” engaged in terror; he and his predecessor, Yasser Arafat, rejected all peace offers; and the Palestinians have not abandoned their pipedream of establishing a state replacing Israel.

Abbas also reportedly “scolded US Secretary of State Antony Blinken in a phone call.” Abbas, the kleptocrat who has stayed in office 13 years beyond the end of his term, berated the person bending over backward to help keep him in power. Blinken should have slammed down the phone rather than taken any guff from the tinpot dictator.

Palestinian sources also told Ynet news, “if President Biden intends to come to the meeting with [Abbas] offering only a modest economic relief package, then it is better that he not come at all.”

That ought to teach the most powerful person in the world a lesson!

Restoring hundreds of millions of dollars in aid from US taxpayers isn’t enough for the Palestinians, whose sense of entitlement is one reason for their Arab brethren all but cutting off funding to people they see as inferior ingrates.

The Palestinians are also apparently taking a page out of the Iranian playbook by demanding that Biden remove the PLO from the US list of Foreign Terrorist Organizations. The PLO remains the granddaddy of terrorist organizations and is no less malevolent than the Islamic Revolutionary Guard Corps, which earned its place on the list. What is odd is that while two organizational members of the PLO (the Popular Front for the Liberation of Palestine and the Democratic Front for the Liberation of Palestine) are on the list, the PLO is not.

As noted in my earlier column, the Biden administration is genuflecting to demonstrate its commitment to the Palestinians and providing hundreds of millions of American taxpayer dollars in violation of the spirit if not the letter of US law. And this is the thanks it gets?

I know the Palestinians like to emulate the Jews, but this behavior gives new meaning to the word “chutzpah.”

If the administration were consistent about its claim to be concerned with human rights, it would refuse to provide a nickel to the Palestinians until they ended their abuses, which include paying salaries to terrorists who have murdered Americans, continuing to incite violence, denying their people civil and political rights, and being so corrupt and inept that the overwhelming majority want Abbas to resign.

Then again, Biden is also going to grovel when he arrives in Saudi Arabia as part of a scheduled trip next month. After making a point of criticizing the Saudis’ human-rights violations and shunning Crown Prince Mohammed bin Salman for his role in the murder of Jamal Khashoggi, the president now believes, like his predecessors, that it is more important to be solicitous of the Saudis. He needs Saudi goodwill to increase the flow of oil to lower gas prices and perhaps save his presidency.

The difference is the United States does not need anything from the Palestinians and has no reason to care about their feelings.

Sadly, the Europeans, the United Nations, and the Palestinians’ cheerleaders in America and elsewhere continue to feed Palestinian fantasies that they can achieve their goals through petulance and claims of victimhood.

Instead of returning to the old, failed policy of making unilateral concessions, the administration should be putting the screws on Abbas. Alas, as we’ve seen in the administration’s negotiations with Iran, appeasement seems to be Biden’s modus operandi.

Other than the progressives sabotaging his domestic agenda and impeding his foreign policy, and the Arabist hacks he brought back into the government, what constituency does Biden think he is serving with his policy towards the Palestinians? His policies towards both the Palestinians and Iran are entirely out of step with the views of our regional allies.

On this one occasion, Biden should channel Donald Trump and read the riot act to Abbas. Instead of showering him with gifts and promises of pressuring Israel and opening a Jerusalem consulate, the president should lay down the law that the Palestinians won’t get economic or diplomatic support until they fall in line with American values and interests; stop the corruption and human-rights abuses; halt payments to terrorists; end incitement; and accept the reality that Israel is here to stay.

Oh, and I believe the words you’re looking for Mr. Abbas, are “Thank you.” 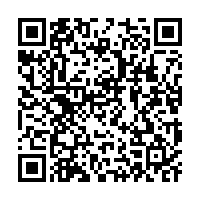