*Part 2 of a continuing series

Northeastern University Hillel board chairman Sheldon Goldman is incensed at the treatment that his Hillel chapter has received at the hands of Hillel International, and he lays the blame squarely on the organization’s CEO — Eric Fingerhut.


In an August 18, 2017, email, Goldman insisted that Fingerhut “must be replaced as the leader of Hillel. This cannot be done quick enough, as his character is leaching away whatever moral fiber remains at SIC [Schusterman International Center].”

In a recent interview on the subject, Goldman invoked Isaac Newton, who famously said, “If I have seen further, it is by standing on the shoulders of giants.” But, continued Goldman, “Hillel International is not looking for giants. Instead, [CEO] Eric Fingerhut is looking for pygmies.”

What are Hillel International’s rights and duties — and limits — when it comes to improving Jewish campus life? This question may well be decided at Northeastern University (NEU).

The troubles between NEU Hillel and Hillel International go back years, and cover a gamut of disputes — from conflicts over the kosher kitchen, to problems with NEU’s building, to interpersonal friction. The incidents also include NEU Hillel’s 2016 purge of student leaders whom the local board thought were disruptive and bullying other Jewish students — only to find that International was not supportive of that effort.

But things took a decidedly toxic turn late last year, when — according to Goldman — a beloved Israel Fellow at NEU Hillel was denied the Richard M. Joel Exemplar of Excellence Award.

According to sources, the Israel Fellow was emailed by Hillel International on December 6, 2017, at 11:23 AM — and was asked for a quote about receiving the award at the Hillel International Global Assembly in Orlando, Florida. In a seemingly inexplicable and unexplainable series of events, and despite being notified that she would receive the award, the NEU Hillel Israel Fellow was not given the award.

Right then and there — at the Hillel International Global Assembly — NEU Hillel director Arinne Braverman confided to associates that she would resign her position in protest. She made it clear that it was not just the award debacle, but a culmination of events that she told associates “demonstrated a complete lack of ethics at Hillel International.”

Despite repeated attempts, Braverman would not confirm or deny for the record why she suddenly resigned, or provide any information about the award dispute.

The next day, December 7, Braverman sent an open email of complaint to Fingerhut, with copies to Hillel International COO Adam Lehman and senior vice president Tim Cohen, according to an email thread obtained from two senior Hillel personalities.

Braverman’s email stated: “The reason NU Hillel’s Israel Fellow … was surprised to have been asked to provide commentary on her winning of the Richard M. Joel Exemplar of Excellence Award is that she didn’t receive it. … I know that the political climate at NU Hillel is hot right now and that SIC is concerned about the possible tarnish of the Hillel brand/name by association.” But, she added, “I hope that you will do the right thing by … an incredibly deserving young Jewish professional, and present her with the award we all know she rightfully earned.”

With no progress on the award dispute, and after witnessing a series of other conflicts between Hillel International and the NEU chapter, a saddened Braverman — still in Orlando at the convention — texted her decision to a friend. Braverman stated that after 12 years with Hillel, she was finished.

One text exchange captured the moment:

Friend: R u okay?
Braverman: Yeah…but I’m leaving. The conference and Hillel. I’m definitely job hunting again
Friend: Are you here still?
Braverman: In my room packing
Friend: Do you want to talk?
Braverman: Thank you…but Im really just done with Hillel … I don’t even want to talk about it. I just want to devote my time to getting out
Friend: Please know I’m here for you I’m concerned

Hillel International vice president Cohen was one of the three officials who were sent the original December 7, 2016, email complaint from Braverman. Reached in Aspen, Cohen confirmed that while there might have been an unexplained oversight in December 2016, the NEU Israel Fellow in question did ultimately receive the award in front of several dozen colleagues at the March 2017 AIPAC Policy Conference.

Furthermore, senior Hillel International figures deny that any vindictive action was taken against NEU Hillel, repeatedly insisting that vindictiveness is simply not how either Fingerhut or the organization does business.

From Goldman’s perspective, the denial of the award was just the culmination of a long “inquisition” conducted throughout the prior year by Hillel International against the NEU chapter. Goldman believes that this was done to punish NEU Hillel for its independence, despite the affiliate having achieved a stellar track record with students and programming. “This was pure spite,” said Goldman.

The lasting impact of the award fiasco was the resignation of Braverman. Goldman and his board then launched a major effort to secure a highly-qualified replacement. However, Goldman’s search began after Hillel International received its $38 million grant from the Marcus Foundation. The Marcus program, known as Hillel Talent Grants, enables Hillel International to deploy big dollars to enhance the pre-existing process wherein each new local executive director is personally vetted and approved by CEO Fingerhut, and conforms to Hillel International’s vision for staff leadership. Hillel is using the money to ensure more quality control at local chapters.

Early in 2017, Goldman found a desired candidate from the Hillel program in Israel. But his decision process completely bypassed Hillel International — which the Washington office reportedly found unacceptable. Goldman asks, “Who are they [Hillel International] to make the determination whether this person is qualified?” He continues, “We are an independent organization that went through a process,” indicating that the Israeli candidate was flown to Boston, duly interviewed and carefully vetted by the NEU board.

On April 10, 2017, Hillel International’s legal department warned Goldman that, “prior to hiring an Executive Director … the President/CEO of Hillel International must be given the opportunity to review, interview and approve the candidate before an offer is made. While every courtesy and consideration is given to a local board’s recommendations, the President/CEO of Hillel has final authority.”

Goldman balked at what he called this interference, protesting in a letter that, “such an arrangement wrongly infringes upon the fiduciary duties of board members, duties that cannot be abrogated or delegated” under Massachusetts law. He hired New York attorneys to reinforce his position.

That’s when everything began escalating into open rebellion. 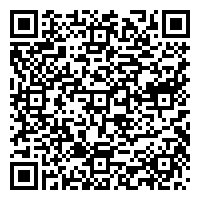