When US special forces disembarked from eight helicopters to raid a compound where ISIS leader Abu Bakr al-Baghdadi was holed up, they had good intelligence from various sources in Iraq and Syria that confirmed the terror leader’s location. They were also just a few kilometers from the Turkish border. They were so close that their flight path took them into Turkish airspace and they had to tell Turkey and Russia about their request to raid the area. They didn’t tell them all the details of the operation.


How did Turkish intelligence not know what was going on within shouting distance of its border? How did a NATO ally as sophisticated as Turkey – with UAVs, signals intelligence and observation posts throughout Idlib where Baghdadi was living – not know he was there? Turkish media, which is almost all pro-government and often rabidly nationalist, has claimed that Baghdadi was only able to get to Idlib by crossing areas held by the Syrian Democratic Forces. The Daily Sabah headline on October 29 claimed that “Al-Baghdadi’s death exposes YPG-Daesh [ISIS] ties.”

But Turkish intelligence monitors YPG’s presence because Turkey claims that it is linked to the Kurdistan Workers Party (PKK) and Ankara demanded to take over part of eastern Syria to remove the YPG from the border. Turkey says this is a serious security concern.

Turkey says it is also fighting ISIS, invading Afrin, another Kurdish area, in January 2018, also under the pretense of “security concerns.” Yet, its intelligence agencies could not find Baghdadi, even though Turkey asserts that he had “YPG-Daesh ties.” Turkey claims that its intelligence “played a key role in the death of Daesh terrorist leader Abu Bakr al-Baghdadi,” because it detained and extradited a local aide to Iraq. This man was named Ismael al-Ethawi; “he provided US authorities with critical information.”

Turkey claims it found him in Sakarya province on February 8, 2018. It says that he “entered Turkey through a PKK-linked controlled area.” But wait: He entered Turkey – so shouldn’t Turkey have stopped him when he entered? If his passage through a PKK controlled area is evidence of PKK not being vigilant, then his ability to enter a NATO country would also reveal the same evidence of an intelligence failure.

Eventually, Turkey did find him and interrogate him, The Daily Sabah says. He was extradited quickly, on February 14, after only six days in Turkish hands. Turkey doesn’t say its interrogation led to actionable intelligence. Instead, it insists that his subsequent interrogation at the hands of the Iraqis and the CIA “enabled a series of operations targeting the terrorist group.” But why didn’t Turkish intelligence obtain the same important information?

According to Martin Chulov in an October 27 piece in The Guardian, the break in the Baghdadi case was helped along by a Syrian man, “who had been used to smuggle the wives of two of Baghdadi’s brothers, Ahmad and Jumah, to Idlib province via Turkey.” They had also brought Baghdadi’s children from Iraq. Turkish intelligence didn’t notice the smuggling of Baghdadi’s relatives apparently.

But the Iraqi intelligence officers did co-opt this man and a woman who was his wife, “as well as one of Baghdadi’s nephews.” It was a “break like no other,” Chulov writes, and the Iraqis gave this gold to the CIA. “By mid-October, a plan to catch or kill Baghdadi was in full swing.”

Baghdadi was paying protection money to a local al-Qaeda affiliate named Hurras al-Din, notes Rukmini Callimachi at The New York Times. Yet here again, Turkey missed what was going on in Idlib among jihadist networks that it should be paying attention to. From the hideout, he was apparently guiding ISIS to pay Hurras al-Din to help smuggle people from areas around Deir Ezzor, according to receipts found in Syria which Callimachi documents.

Baghdadi arrived in Idlib in July. He settled in Barisha, the place he was found by the raiders in October. A man in Baghdadi’s inner circle apparently also betrayed him and gave up information to the Syrian Democratic Forces. That man was able to help the US confirm Baghdadi’s identity by taking a pair of underwear prior to the raid.

Eli Lake at Bloomberg wonders: “How was the Islamic State leader able to find refuge in a Syrian province secured by the Turkish military and its proxy forces?” The SDF says it had been working with the CIA to track Baghdadi since May 15. It also said that Baghdadi wanted to move to Jarabulus, in another Syrian area controlled by Turkey. It turns out that ISIS spokesman Abul Hassan al-Muhajir was already in Jarabulus. He would be killed in another raid after Baghdadi was dead. Why didn’t Turkey know that the ISIS spokesman was in an area it controlled?

When Baghdadi was finally hunted down by the US on October 26, it was not with Turkey’s participation or apparent knowledge. France 24 says this exposes “distrust of NATO ally Turkey.” The New Republic also notes that the Turkish National Intelligence Office (MIT) “isn’t among those taking credit for tracking down Baghdadi.”

Others are wondering what Turkey knew and why it hasn’t gotten more information from the more than 1,000 ISIS fighters it holds in prison. The former US anti-ISIS envoy, a frequent critic of Turkey, says “it is telling that the US military reportedly chose to launch this operation from hundreds of miles away in Iraq, as opposed to facilities in Turkey, a NATO ally, just across the border.”

In the murky world of intelligence one won’t likely ever know the full story. Kurdistan Regional Government Prime Minister Masrour Barzani on October 30 compared the search for Baghdadi to a puzzle. “All intelligence services contributed somehow to find a piece of the puzzle, which eventually put everything together that led to this final operation.” 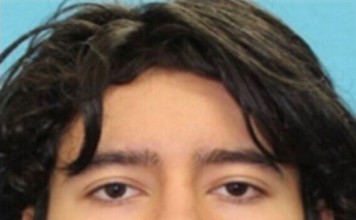 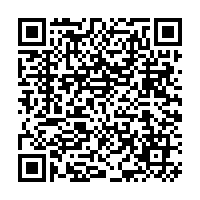