In the years leading up to the Second World War, there were a few voices who were prepared to take a public position about the magnitude of the challenge that the world was about to face. The most famous British voice was, of course, Winston Churchill who stood in the British Parliament in the decade before he became prime minister, with the latest data on Germany’s military buildup that rivaled even what the British cabinet possessed.

During the 1930s much of that material streamed to Chartwell, Churchill’s country home where he would meet with British officers, civil servants and diplomats. He was armed with intelligence on the growth of German air power on its acquisitions of new U-Boats that could undermine the naval superiority of Britain. Churchill’s legacy is more relevant than ever. Last weekend, an Israeli F-35 pilot, only known as Colonel “T.,” gave an interview to Israel Hayom, in which he disclosed his analysis of the current Iranian military buildup.


Normally officials who had permission to speak, focused on the Iranian nuclear program or alternatively or their backing of Shi’ite terror militias across the Middle East. Colonel T’s conclusions had a different focus and were worth studying very carefully: “A regional superpower is emerging next to us, which constitutes the main threat to the State of Israel and challenges the Israeli security approach many years ahead.” He spoke about “a dramatic leap forward in its military capability.”

Adding to Colonel T.’s credentials is the fact that he is the head of the IDF General Staff’s Strategy and Third-Circle Directorate. In other words, it is his responsibility to recommend what courses of action Israel must take should Tehran break through and test an atomic device. His warnings were broader than the nuclear threat. There were Iranian actions in the Red Sea and across Africa that needed to be monitored.

Lately, Iran has sold its drones to Russia to fight Ukraine. In the past, great powers, like Russia, were selling their most state-of-the-art weapons to the Middle East, but now the direction of those sales was beginning to move in reverse, with an Iranian military industry supplying Russia. This attested to how far Iran had progressed.

Iran has clearly adopted a long-term approach. It was back in 2004 that King Abdullah of Jordan first raised the specter of a “Shi’ite Crescent” crossing the Middle East from the Iranian border through Iraq and Syria and onward to the Mediterranean coast. Looking over the last two decades this was more than a resupply route for arming Hezbollah.

What does Iran want?

Iran wanted to remake the Middle East. It had dispatched Shi’ite proxy armies to Syria, with their families, in order to reconfigure the demography of the region as it aspired to convert Syria into a Shi’ite State. It used similar techniques elsewhere, working to expand the Shi’ite population of eastern Turkey. Taking all this activity together in recent years, it is no wonder that Colonel T. has concluded that “there is a threat developing here on a scale that we’ve never known before.”

Finally, Iran is using Syria as a location for new missile production facilities, especially long-range, precision-guided missiles. In some cases, Iran sought to position some of these facilities underground. In short, Syria was emerging as part of Iran’s strategic system for the region. This did not occur in a vacuum.

The Iranians have a historical tradition connecting them to Syria and surrounding states. When Shi’ism was established as the state religion in Persia by the Safavid dynasty in 1501, the Safavid Empire included what is today Iran, Iraq and large parts of Syria. Recovering lost territories became a feature of Safavid policy and that of its great rival, to its west, the Ottoman Empire. In this context, it is easy to understand where Iran’s ambitions for regional expansionism came from.

Israel can deal with the new Iranian challenge despite its scale. The most dangerous aspect of the Iranian threat comes from those in the international community, and sometimes in Israel, who do not see the entire picture of what Iran has been up to.

Contesting the action of an aggressor is a military mission above all. But it is also a diplomatic operation that must be pursued in parallel. That certainly is what drove Churchill before the outbreak of the Second World War and perhaps is what has recently been influencing those speaking for Israel at present. Undoubtedly the next Israeli government will have no choice but to act more intensely and consistently in this regard. 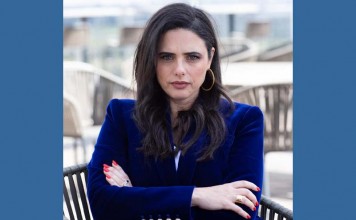