{Written by Dr. Haim Shine and originally posted to the JNS website}

It wasn’t a lack of progress in peace talks, the situation of Palestinians in Gaza, unemployment, lack of Israeli deterrence or even the nation-state law that influenced the loathsome murderer who brutally killed Kim Levengrond Yehezkel and Ziv Hajbi on Sunday morning. These explanations, which the Israeli left churns out after terrorist attacks and incidents in Gaza and Judea and Samaria have nothing to do with reality.

The terrorist who killed his former colleagues was influenced by years of incitement against Jews and Israelis; by the sense that killing Jews will give him status in Palestinian society; and that becoming a martyr will sanctify him and pave his way to the Muslim Paradise.

This murderous narrative is spearheaded by Palestinian Authority leader Mahmoud Abbas, his fellow P.A. leaders, and preachers in the mosques, who are the successors to former Grand Mufti of Jerusalem Amin al-Husseini and PLO leader Yasser Arafat. The narrative is a violent one that reminds the victims’ bereft families of the respectable monthly stipends paid to the killers and their relatives and the cycle of their homes being demolished by the IDF and then rebuilt. The money for the terrorists’ salaries comes from European countries, where naiveté mixes with hatred of Israel and Jews.

It’s very difficult to deter a society built on radical, inhumane foundations, including legitimacy for honor killings. It is frustrating and complicated to confront a society in which mothers long for their children to die as martyrs. Western society, which is based on human rationalism and the desire to live, has not yet found appropriate tactics to use against radical Islam, which places no value whatsoever on human life. In the standoff between Western rationalism and Islamic fundamentalism, the West is at an inherent disadvantage.

Israel’s Jewish and democratic values prevent it from operating the way that Syrian President Bashar Assad, and his Russian and Iranian partners, have been operating for the last several years in Syria, which has led to hundreds of thousands of civilian dead, some in chemical-weapons attacks by the regime. The values in which we take such pride do not allow us to execute collective punishment, make an unchecked use of force or ignore the world’s reaction to our deeds—in comparison to its astonishing apathy to the acts of other countries.

The spokespeople of the left, who include former defense and security officials, are conditioned to suggest miracle cures. Some argue that only if we improve conditions for the Palestinians and offer them work will they back off of terrorism. Sunday’s killer chose to carry out his plans in the middle of an industrial zone that is supposed to help Palestinians by providing them with a place of employment. Other security experts, who used to be courageous fighters, suggest that we cut ourselves off and transfer control of Judea and Samaria to the Palestinians. They forget that any territory we hand over will become a base for rocket fire towards Israel, and then we’ll be forced to retake those same areas.

The battle against Palestinian terrorism is an old one. Or to put it more precisely, the battle is for our right to live in peace and safety in our homeland. We must stay alert, prevent terrorist activity, punish those who engage in it, and employ force wisely and in a focused manner. As the next Knesset election approaches, we must make special preparations to confront terrorism and harsher action against the terrorists themselves, who believe that their actions can influence the Israeli election.

(Dr. Haim Shine is a faculty member of Israel’s Academic Center of Law and Science, and a member of the Jewish Agency’s Board of Governors) 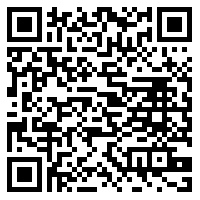