In the face of Arab terrorist attacks and war crimes against Israel, what matters most is the response of Israel’s government.

In Israel, our knee jerk reaction should be to demand not only an unequivocally strong and determined response from our leadership, but to end the weak, reactive war-game practices and implement decisive and definitive measures of deterrence against all our enemies, be they in Gaza or in Ramallah.

However, if one were to gauge the Israeli population’s reaction to terror attacks in our streets and missile strikes on our homes by posts and comments on social media, far too many call out the lack of outrage from mainstream media and world leaders over any kind of terrorist attacks leveled against Israeli Jews.

And truly, it is quite tiring.

This incredulous reaction (after each stabbing, shooting, ramming and missile attack) from so many among us is past being absurd. Such nonsense must stop.

No, the mainstream media will not report it, and if they do, the report will indeed be sympathetic to the terrorists. Yes, it is hypocritical. And no, it will not change.

Israeli Jews must move past scrounging for morsels from global opinion generators. But more importantly, we must implore our leaders to do what must be done to protect Israel without agonizing over world opinion. We do not require foreign approbation. Better to live without their approval than lay down and die with it.

There exists certain truths on earth that are incontrovertible and as constant as the sun. For two millennia the world consumes itself with Jew-hatred, incapable of progressing without its proverbial scapegoat. At all costs, they cling to their psychotic hatred, feverishly nurturing and sustaining it. In doing so, blood libels against us surge, false narratives created by the Arab Muslims are voraciously devoured, our identity and history erased by world bodies, and the International Court is steadfastly at the ready to take our people to task for having the temerity to defend our lives. In our world, we are denied the rights of the others. The story is old and repeated at nauseam.

So why continue to express shock, surprise, or even disgust when an attack against our civilian population goes ignored by world leaders and the global mainstream media? Why demand any decent reaction from the U.N., of all places? This type of indignation is not only a waste of time, but seriously ridiculous.

This is the reality of our existence. Accept it. Ridding the world of Jew-hatred is not a realistic goal. Thriving in our God-given land is. This is what we must focus on. Changing their minds about us is a futile endeavor. They are not interested. They are apathetic to truths and facts. They don’t want to change. They have proven over the span of 2000 years that they prefer to splash around in our blood. Get with the program.

Here’s the bottom line; when our enemies launch missiles at our homes, when we cannot expect to pass one week without several terrorist attacks in our streets and on our roads, when our borders are consistently threatened, does it really matter what they think?

Change your mindset brothers and sisters. We don’t need their endorsement to live.

The only reaction we must be concerned with is that of the Israeli leadership. This and only this must be our most vital concern. And it is on this matter that WFIS – Women for Israel’s Security focuses. We demand that our leadership implements significant and resolute measures of deterrence. We demand that our leadership be unyielding over our security, in our streets and on our borders.

Our sovereignty and our security will come about through Jewish dignity, loyalty to our nation, appreciation of our legitimate heritage and devotion to our ancestral land, along with the courage to stand up for it with determination and with pride.

The time has come to implement policies of deterrence that will secure the day-to-day lives of the Israeli people, and to hell with what anyone else thinks or says about it.

Band-Aid tactics do not benefit Israel. The demolition of homes does not serve as a deterrent to terrorist attacks. The following are but a few measures of deterrence that will prove effective:

The time has come to implement policies of deterrence that will secure the day-to-day lives of the Israeli people, and to hell with what anyone else thinks or says about it.

We deserve it. We demand it.

Our security will come about by winning, by determining what the end-game must be and by unwaveringly seeing it through. This is the only reaction that matters.

(Zahava Englard Shapiro is an Israeli based author and journalist)
Advertisement 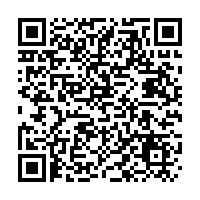