Every American, obviously, has heard of Ronald Reagan, and Reagan historians have heard of Bill Clark. Clark was Reagan’s close aide, who, more than any other, laid the foundation for Cold War victory.

Few historians, however, knew a 20th century figure named Joan Clark, who survived communism – and the Nazis – and joined Bill Clark as wife and life partner. Joan, too, was close to Reagan. And she lived the totalitarianism that Bill Clark and Ronald Reagan sought to destroy.


Mrs. Clark died last month at age 77, a victim of pancreatic cancer. Her story is a fascinating one.

Joan Martha Brauner was born in Czechoslovakia on July 23, 1931. Of all the Eastern and Central European states during the interwar years, from 1919 to 1939, Czechoslovakia thrived politically; it was free and prosperous. Joan described her childhood as “wonderful.”

And then came Hitler.

Joan first saw Nazis in her hometown in 1938, when they began filling government ministries. In no time, they wreaked hell upon the town’s Jews. She never forgot watching a beautiful old synagogue burn to the ground. Soon, no Jews were left.

Then came “liberation” by Stalin. Nazis were replaced by Bolsheviks. That was painfully evident to Joan when a communist official showed up and told her family, “You have until tomorrow morning to pack all your bags and leave.”

They quickly placed their belongings on an old rickety handcart and set out on a new trail, metaphorically and literally speaking, in search of a new life.

The Brauners were now political refugees – among the Eastern European “Displaced Persons” that a young actor named Ronald Reagan adopted as his first public political cause. They were herded out of Czechoslovakia and into East Germany on a hot day in June 1945 by Russian occupying forces. As American GIs celebrated V-E Day with freshly liberated Western Europeans, Joan and her family, in the East, lost their liberties.

After a long day forced to walk a mountain range bordering Czechoslovakia and Saxony, Joan’s family encountered Marxist “equality”: The handcart was emptied and pilfered of any valuables. They now had nothing, other than each other and their identity – specifically, the vital documents affirming birth and citizenship, which were their only hope of escape.

The climb up the mountains was a nightmare – many collapsed from dehydration, and some died on the spot. The family took refuge in the home of relatives. That first night they encountered more cruelty from the Russians: drunken soldiers pounded the door demanding vodka. Joan, her mother, and the other girls quivered inside. “It was well known that Russian soldiers raped girls from 5 to 80 years of age,” recalled Joan. Her father pushed them to the roof.

Although the Russians didn’t find the girls, they discovered and seized their documents – their precious passports to freedom. “It was devastating,” said Joan 60 years later. “In Germany, if you stood in front of a government official with no birth certificate or official papers, you simply did not exist.”

All that remained was an emptied handcart.

Eventually, Joan’s break came one day in 1952 when she took a train to East Berlin, managed to cross into West Berlin, and bluffed her way aboard a plane to Hamburg, West Germany. She was free at last.

In West Germany, she met a GI named Bill Clark. They married on May 5, 1955 in Basel, Switzerland. She immigrated to America with her new husband. The family settled in Clark’s native California.

Many years later, as Bill and Joan perused an antique shop in Los Angeles, Joan let out a cry. “That’s it! There it is!” Bill turned, expecting to see the perfect kitchen table. What he saw was a perfect copy of the Brauner family handcart, battered and imported from Europe. They brought it home, a metaphor of the Brauner family’s losses to communism.

Joan Brauner Clark despised communism even more than did Bill Clark and Ronald Reagan – because she lived it. But it would be Bill’s and Reagan’s task to undermine it.

That relationship began one day in 1964, when Bill and Joan were attending a Barry Goldwater rally at the LA Sports Coliseum, where Ronald Reagan was speaking. They were immediately impressed. “We turned to each other and said, ‘This is it, this is the man,’” said Joan. They agreed that if this man ran for office, they would not only support him but volunteer for his campaign. 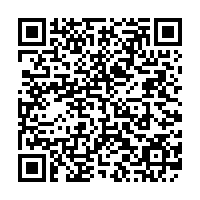