There has been a brouhaha on social media surrounding practices that have been absorbed into frum culture that are non-halachic in nature and demean or discomfort women. Alex Fleksher wrote an articulate piece on Cross-Currents that explained that despite what some may believe, there are many frum, ehrlich, even haredi women who feel disturbed and alarmed by these practices.

One such practice that was peripherally discussed was the relatively recent phenomenon of expunging all images of women from frum media. Dinner invitations are sent out with only the male half of the honoree couple pictured, advertisements for Purim costumes pixelate little girls’ faces, and even illustrations in children’s books feature beautiful family Shabbos tables – sans mom and daughters.

When asked to explain why publications will not picture even the likes of Rebbetzin Kanievsky or Sarah Schenirer, the simple answer of “tznius” is usually offered.

I would like to break down this seemingly all-encompassing answer of tznius that seems to be the rationale for so many questionable policies, not to mention the cause of every tragedy that befalls the Jewish people.

First, there is the concept of erva, certain parts of a woman’s body that cannot be uncovered in front of a strange male. Mainstream Orthodox society agrees that this includes legs above the knee, arms above the elbow, and anything below the collarbone. It is easy to identify and easy to enforce, particularly with regard to the choice of women to picture in magazines and newspapers.

Then there is tznius – the idea of projecting dignity and internality, a value not so easily broken down formulaically, with no universally agreed upon standard and not as easily enforceable. It is a value our community struggles with, not with dress alone but also with the excessive materialism and ostentatiousness that can be found in our communal norms. It is certainly subjective and requires one to use deep thought and common sense as opposed to a measuring stick.

Let’s examine the “no pictures of women” policy in light of both erva and tznius. Does a picture of a woman violate the standards of erva? Certainly it is easily avoidable with cursory discretion. Can it violate one’s personal standard of tznius? Certainly one can feel that an image of a woman is undignified or does not do a good job of projecting one’s internal self.

That is true of images of women as well as real live flesh-and-blood women. It is a constant balancing act as a woman in the 21st century to dress in a way that is beautiful and stylish and projects the internal. And yet, as a society we don’t respond to this challenge by telling women to just stay in their homes. Rather, we trust that if Hashem gives us a challenge, He believes we have the seichel and ability to navigate it with grace.

Alternatively, we could tell women that the ambiguity of tznius dress could be solved most simply with a burka.

Until recently the very idea of frum women in a burka would have been laughable. Unfortunately that is no longer so. Although the rise of “burka women” in Israel is still small in number and controversial in the mainstream, it is the logical extension of a blanket “no pictures of women” policy.

If one thinks about it, it is actually impossible for a woman’s face to be “not tznius.” After all, the word for “internal” in Lashon Hakodesh, “pnim,” is comprised of the same letters as the word for face, “panim.” This is no coincidence, as Lashon Hakodesh is the language of essence. The words reflect the thing and therefore we see that the face is the aspect of the human body that reveals the internal, the neshamah.

There is a very distinct form of objectification that takes place when we blur out someone’s face. It strips away a person’s humanity, the unique divine spark. Ramban says that Yehuda knew Tamar was a prostitute because she covered her face, and perhaps that’s not coincidental.

It’s truly ironic that pixelating a face is the opposite of tznius, since it eliminates the human aspect that projects the soul and leaves one with only an external shell. This is disturbing when it happens to anyone and even more viscerally so when it happens to terror victims, thirteen year olds with cancer, and even younger children. It is a mockery of tznius.

In trying to advocate for a lift on this blanket ban I have heard several responses I would like to address.

The vast majority of frum men interact with women in normal ways and the mere sight of a tznius woman is not problematic. I know some men who try never to look at women at all but the beauty of their practice is that it is their own practice. When they go shopping they don’t first call the store to demand that all female patrons leave, they simply avert their eyes. It is simple courtesy to expect that a frum man who wishes to avoid ever seeing a picture of Rebbetzin Kanievsky simply avert his eyes and not just glibly remove half the Jewish population.

Perhaps we should consider that when we blur a woman’s face we are essentially declaring that she exists primarily as a sexual temptation to men and therefore needs to be removed. If that is the message frum men and women are constantly receiving, is it any wonder that women will want to play to that power and identity and that men will start to look at women in that way?

There is much more to say about the destructiveness of this policy including the harm to parnassah, lack of positive female role models, and sense of unimportance many women feel in frum society – not to mention the chillul Hashem that has been caused among secular Jews and non-Jews alike.

As a mekareves who works with secular college students, I can attest to the fact that the perceived sexism in the frum community is one of the primary issues preventing young men and women from exploring Yiddishkeit. It is certainly true that some of their notions are based on misconceptions and education is necessary, but I challenge anyone to try to explain why little girls’ faces are blurred without making our beautiful religion sound both Talibanic and laughable.

In truth, there is a simple litmus test that one can use in order to determine whether pictures of women are truly superfluous. How would any frum publication or the frum public at large react to the suggestion that no pictures should be published at all, that magazines and newspapers should simply feature articles? The publications would never be willing to do it because pictures are important. They engage and connect the reader in a way that words alone cannot.

We all know the expression “to feel invisible.” When you can’t be seen it is all too easy to pretend you don’t exist. If there is no reason, other than gaiva, to put a picture of the writer’s face above or next to an article, we should certainly remove all pictures – not just the women.

Just as every article and picture is scrutinized to determine whether it befits a yeshivish publication, the same can be done for a picture of a woman. Certainly not everyone will agree with every decision. Frum magazines and newspapers regularly receive letters from readers commending them for taking on difficult subjects as well as readers who don’t want their families exposed to certain ideas.

It certainly is a difficult balance to maintain but that has never stopped the editors of those publications from using their seichel to determine where to draw lines. The unwillingness to expend the effort on pictures of women, then, screams of disinterest and disrespect.

I do not think that any particular publication or person has omitted a picture of a woman out of ill intent or misogynistic leanings. I do think, however, that when we let policies exist without closely examining them and when we try to outdo one another with chumras while ignoring the ramifications, people get hurt.

I believe it is not only our wives, sisters, and, daughters who are hurting but also our husbands, brothers, and sons. When women lose out, all of Klal Yisrael loses out. Time to put the women back in. 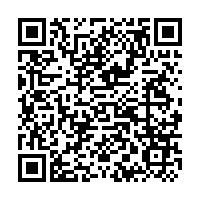