Ronald Lauder is a billionaire and respected art collector who became passionately committed to Jewish life when, as U.S. ambassador to Austria, he witnessed virulent anti-Semitism. I have known him for over 20 years and was involved in no small measure in his election as president of the World Jewish Congress.


The WJC was founded in Geneva over 80 years ago, as the dark clouds of Nazism were gathering, to serve as the umbrella body for Jewish communities. Its greatest achievements were the German reparations deal negotiated by Nahum Goldmann and Edgar Bronfman’s success in pursuing and acquiring restitution for Holocaust victims and their heirs, including $1.25 billion of unclaimed assets from murdered Jews deposited in Swiss banks.

Regrettably, in 2004, shameful financial irregularities were exposed which tarnished the standing of the WJC and caused a drastic reduction in the generous donations from American Jews who financed the organization.

In June 2007, Lauder assumed the presidency of what had deteriorated into a discredited, bankrupt body. He succeeded in resurrecting the WJC to its former glory, recruiting new professionals headed by CEO Robert Singer. The organization became active on the global political scene, promoting (at most times) the interests of the Jewish people.

Lauder is one of the Jewish world’s most generous donors. He currently supports 62 projects in 16 Central and Eastern European countries which have led to a resurrection of Jewish life throughout the region. But above all, he is a passionate lover of Israel and is among the greatest philanthropic contributors to the Jewish state.

For many years Lauder had been a close friend of Prime Minister Benjamin Netanyahu and among his principal financial backers. Regrettably, in 2011, as a major shareholder in Channel 10, he had a confrontation with Netanyahu over the station’s despicable allegations about the prime minister’s wife, Sara. It was beyond Lauder’s capacity to accede to Netanyahu’s request to close the station and since that day the prime minister has refused to acknowledge his existence.

As a consequence, despite Lauder’s genuine love of Israel, the ongoing humiliation and lack of access to Netanyahu began to have its impact.

Even though he was a long-standing Republican with ties to U.S. President Donald Trump, Lauder was also surrounded by liberal “personal” advisers, many of whom were bitterly opposed to the current Israeli government. These advisers ultimately deluded him into believing that he could become a historic figure by bypassing the Israeli government and personally achieve peace between Israelis and Palestinians.

His first major foray in this direction was in March of this year. Even though, as WJC president, it was inappropriate to publicly oppose the policy of the government of Israel, he wrote an op-ed in the New York Times calling for the creation of a Palestinian state and condemning Netanyahu. This was at a time when the openly anti-Semitic PA head Mahmoud Abbas was already, supporting terrorism and paying huge sums to murderers and their families.

Lauder, the Republican castigating Netanyahu as an obstacle to the peace process, was like manna from heaven for most American Jewish liberals and he received waves of support from those who had hitherto held him in utter contempt.

This month, Lauder published yet another, even more bizarre op-ed in The New York Times which suggested he had really lost the plot. Some of the issues he raised could have been expressed personally and legitimately debated. But it is inexplicable for a public figure purporting to speak on behalf of the Jewish people to distort and blow such issues totally out of proportion.

Lauder condemned the role of the haredim in areas as such as conversion, Shabbat observance, egalitarian prayer at the Western Wall, and surrogacy legislation. Most Israelis would like to see an end to the overriding influence of haredi extremists. But is this an issue for a WJC president to promote in a mainstream newspaper that is hostile to Israel? He could have said this to the Jewish media. Besides, how can he have the temerity to suggest that this is “creating the impression that the democratic and egalitarian dimensions of the Jewish state are being tested”?

Does Lauder really believe that the principal reason non-Orthodox Jews have drifted from Judaism and from Israel is the Western Wall fracas? Most have never visited Israel and would never have heard of it had they not been whipped up by their frenzied left-wing liberal rabbis and Jewish leaders. Nor does Lauder realize that the problem of alienation does not stem from Israel but from the appalling lack of Jewish education and abysmal ignorance of our heritage among non-Orthodox American Jewish youth. Is Lauder not aware of the massive hemorrhage of the American Jewish community in which rates of intermarriage have skyrocketed to levels of 80%? Is Israel responsible for this?

To add to his outburst on religion, Lauder also criticized the nation-state law threatening that it may “have severe national and international repercussions” and negatively impact on “the sense of equality and belonging of Israel’s Druze, Christian and Muslim citizens.”

In in a recent column I expressed support – with minor criticisms – of this nation-state law which is primarily an affirmation of the Jewish character of the state and in no way does it compromise the civic equalities of minorities Besides, many of its critics – presumably Lauder himself – may not have read or fully understood it.

I do not propose to analyze Lauder’s ridiculous remarks. Education Minister Naftali Bennett has done so in a superb response which The New York Times was obliged to publish.

Lauder summarizes his disgraceful column stating that some Jews now “wonder if the nation they cherish is losing its way” and that the government seems “to be tarnishing the sacred value of equality” with many of its supporters feeling “it is turning its back on Jewish heritage, the Zionist ethos, and the Israeli spirit.” He even made the shocking statement that the policies of the Israeli government represented a threat to the future of the Jewish people. He demanded that the Israeli government “listen to the voices of protest and outrage being heard in Israel and throughout the world.” He warned that unless the government hearkened to his warnings, alienated young Jews “may not fight the Boycott, Divestment, Sanctions movement, they may not support Israel in Washington and they may not provide it with the strategic rear guard that Israel so needs.”

Several liberal American Jewish organizations have in recent months become increasingly critical of Israeli policies but none have been as outrageous as Lauder nor have they vented their spleen in The New York Times.

At a time when Israel faces hostility and double standards in many counties (excluding the U.S.), I challenge Lauder’s right to speak on behalf of world Jewry when he publicly vilifies Israel. Before he was elected to the presidency, he promised that he would strictly enforce governance. I challenge him to deny that he failed to circulate this diatribe for endorsement or amendment among his constituents.

Many anti-Israel American Jewish liberals will applaud him for this outburst. But I surmise that even a large number of those who may be inclined to agree with some of his criticisms would consider it most improper for a WJC president to express such views in The New York Times.

Those members of the WJC who are appalled by the behavior of Lauder will remain silent because they are aware that without his funding (at least $5 million per annum) the organization would collapse. But they should try to impress upon him that despite his largesse, the WJC cannot function as a one-man band.

Lauder is a decent person and generous philanthropist who loves Israel and the Jewish people, but he has been misled. He should take a step back and appreciate that such initiatives, even if well-intentioned, when expressed by someone purporting to represent world Jewry, may backfire and impact negatively on the Jewish people.

One would hope that on Lauder’s next visit to Israel, efforts will be made by the prime minister to set aside his personal feelings and reconcile with him, reestablishing the vital contact so as to avoid future outbursts. 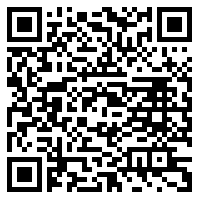