The decision taken by Abraham Duvdevani when he assumed the post of chairman of the Jewish National Fund (Keren Kayemet l’Israel, or KKL) in November 2020 was fully backed by his predecessor in the post, Danny Atar. The knee-jerk reaction of the opponents of every active Zionist measure, including US Reform rabbis and the Israeli stewards of the failed Oslo “peace process,” and the speed with which they garnered a response from the White House, are not surprising. However, the reaction of DM Benny Gantz, who hastened to send an official letter of demurral to Duvdevani, is astonishing. It is not clear how Gantz managed to sink to the new low of forsaking the traditional path of the leaders of the Labor Party.


A legal opinion by retired judge Yosef Alon—which was requested by previous KKL chairman Atar—gave full support to continued KKL activity in the West Bank and Jerusalem. Among the quotations cited by the opinion were words from PM Levi Eshkol.

In a long letter sent by Eshkol to then-KKL chairman Yaakov Tzur in June 1968, he referred to the lands beyond the Green Line:

Much will depend, as in the past, on our determination to pursue difficult tasks and on our ability to vigorously engage in the pioneering settlement enterprise in remote parts of our land. These undertakings will be carried out only if Keren Kayemet participates from the start in performing them by changing the abandoned domains, over which a curse has hovered for generations, into populated land…out of loyalty to the fundamental goal, which is to break the ground for settling the land.

Chairman Duvdevani’s response to Gantz reiterated the need to preserve KKL as an independent non-state institution that is not subordinate to the policy of the Israeli government. It is this point that experts in public governance and administration tend to dispute. For the stewards of law and administration, the continued existence and activity of separate institutions that are not subordinate to the Israeli government is a superfluous institutional anomaly that creates undesirable tensions. They are perturbed that decades after the establishment of the state, it still contains national institutions outside the official governmental framework such as the Jewish Agency, the World Zionist Organization, Keren Hayesod, and KKL.

Gantz’s disagreement with the KKL decision shows once again how right David Ben-Gurion was when he decided to maintain these national institutions, which were founded in the pre-state era, and enable their continued efforts on behalf of the perennial interests of the Jewish people. Their ongoing activities, which run parallel to the official activities of the state, make possible a freedom of endeavor that goes beyond official constraints.

There has been an unresolved tension from the very beginning between Israel as a state of its current citizens and as a means for the redemption of the Jewish people, committed to the ingathering of the exiles and the inheritance of the land. Awareness of that tension is a requirement for understanding the unique identity of the State of Israel. The opposition to Duvdevani’s decision has created an opportunity to recommit to the original mission of the KKL, which was established at the initiative of Theodor Herzl to purchase land for the needs of the Jewish People in the Land of Israel. The mission is timeless and the work is sacred. 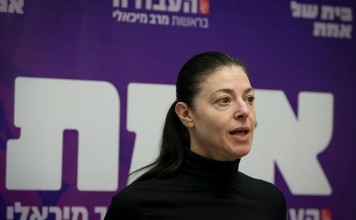 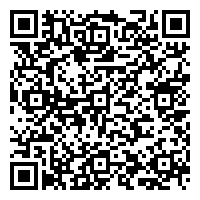