As a third generation holocaust descendant, the Shoah is part of my identity and not just something that happened in the past. As we commemorate Yom HaShoah 5775 and the number of Holocaust survivors still alive continues to dwindle, it is even more important to ‘never forget’ and to acknowledge its impact on my generation.

Here is a snippet of my story. What you cannot ‘see’ when you look at me.

Hidden pain. I am white and understand that, that comes with white privilege. Yet, you cannot see the emotional turmoil that my family has endured because of the Shoah. As a third generation Holocaust descendant, I carry a portion of the “black box” that Helen Epstein describes in her book, ‘Children of the Holocaust’. It has taken me years to explore, and I’m still exploring.

Death. Growing up, we did not speak of the Shoah and what the number 79211 was on my maternal grandmother’s left arm. I was left to wonder why there was always this overwhelming sense of deep pain that I could not tap into. Why I cared so much about the people I became close to, more so than other people seemed to care. When a whole side of your family perishes, the people you become friends with become the extended family you do not have.

Cremation. It makes me squirm and when I have been in the situation where very beloved relatives were supposed to have been cremated, I was blessed to have had a friend who helped me to change arrangements before it happened. Besides the halacha (Jewish law) that a Jew should be buried whole and the impact of a Jewish burial as part of the cycle of life for those present and even those not yet born, have you seen the ovens that turned the bodies of Jews to ashes? I am well aware that the Shoah was 60 years ago, but for me, cremation reminds me of a plaque I read when I was in Auschwitz, “Whoever forgets the past is doomed to repeat it.”

Work. My maternal grandfather’s family came from Lithuania before the war. His family was well educated and owned a leather factory in Vilna. When he met my grandmother in a displaced person’s camp, they came to America with five dollars between both of them. Working is how they survived. So, I am from an immigrant family, and I am the first woman to go to college. I will not be the next Golda Meir, but I will tell you that I am a very resourceful person, because I have had to work very hard to get where I am with limited resources.

Stubborness. It is part of my character. I have had to have gumption to survive and an inner strength and stubbornness to keep moving forward. Not to mention, my maternal grandmother, a Shoah survivor, continues to have dignity, strength and zest for life. So, despite any setbacks I have experienced, how could I not follow in her footsteps after everything was taken from her except her will to survive.

Faith. I traveled to Auschwitz-Birkenau for the first time three years ago because I had to see man’s inhumanity to man for myself. I also participated in a 5 day intensive dialogue group between Germans and Jews in Berlin through One by One (www.one-by-one.org) to try and get my head wrapped around how the fall out of history has affected the families of the survivors and the perpetrators. And I have spent a significant amount of time over the past four years in the State of Israel- living in Har Nof and Neve Daniel, volunteering with Sar-El, learning how to daven, and museum hopping. I have slowly learned to embrace my heritage, how to have more faith in life and to trust Hashem. As a newly observant Jew, when I light Shabbos candles, I am connected to my lineage – to my maternal grandmother, now 91 years old, who watched her mother, who perished, light candles every week in Poland before she was taken to the ghetto.

Yes, I am single as of now, Mom and Bubbie. G-d willing in the near future, I will be married, and I will be fruitful and multiply. Some of us need more time than others to figure out from whence we came so we know how to move forward. I am following in the footsteps of the strong women that have come before me. I can now teach the Shema prayer, a prayer I only learned four years ago, to another generation, my family, our family. I have always had the Jewish flame and am now proudly watching it illuminate in myself and for all my future generations. I have not given up. I will never give up.

{Julie H. Bernstein is a professional working in the non-profit field and living in New York City} 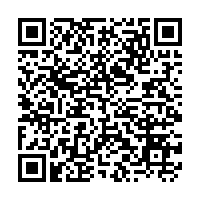