Muslim protests over an American-made anti-Islamic YouTube film, Innocence of Muslims, have spread to more European cities. Muslim rioters had initially clashed with police in Belgium, Britain and France, but since then, protests have spread to Austria, Denmark, Germany, Greece, Norway, Serbia and Switzerland.

In Germany, while thousands of Muslims took to the streets in various cities, the biggest demonstration took place in the Dortmund, where 1,500 Muslims holding Turkish flags marched through the city center on September 22. In Hanover, protests involved about 1,000 Muslims on September 23. In Baden-Württemberg, North Rhine-Westphalia and Lower Saxony police reported protests involving 1,600 people. Protests were also reported in Bergisch Gladbach, Cuxhaven, Münster, Freiburg and Karlsruhe.

A radical Islamist, Abu Assad al-Almani, has called for bombings and assassinations in Germany after it emerged that the actor who plays Mohammed in the anti-Islam movie was allegedly German. In an 8-page document, entitled “Settling Scores with Germany” and posted on the Internet on September 25, Abu Assad states: “In addition to the ugly cartoons, now the Americans have produced a film in which those pigs poke fun at our dear prophet and insult him.”

Abu Assad continues: “The one who played our noble Messenger was a German;” he then calls for revenge attacks. He asks Muslims in Germany to attack any German citizen who supports the film by “cutting their heads from their bodies and capturing it on film so that it is accessible to the public, so that the whole of Germany, and even the whole of Europe, knows that their criminal games will be thwarted by the sword of Islam.”

The Federal Criminal Police Office (BKA) says the document has been produced by a group called the Global Islamic Media Front (GIMF), the European propaganda arm which supports Al Qaeda and other radical Islamic organizations. The BKA says it is taking the threat “very seriously.”

In Berlin, Interior Minister Hans-Peter Friedrich has postponed at the last minute a poster campaign aimed at countering radical Islam for fear it might have incited violence by extremists. The posters had been due to go up as of September 21 in German cities with large immigrant populations. The posters were aimed at those who suspected that a friend or family member might be drifting towards radical Islam.

In another sign that German officialdom is coming unhinged by political correctness, the ruling Christian Democrats (CDU) lashed out at Baden-Württemberg’s Integration Minister, Bilkay Öney, for stating what many Germans believe is obvious, namely that “Islam tolerates no criticism.” She also said it was easier to dialogue with Muslims in Germany because they are relatively well educated. “In other parts of the world,” she said, “some take to the streets and set fire to embassies.”

CDU regional director Thomas Strobl rebuked Öney, a Turkish-born German politician, saying: “What Mrs. Öney says is surprising and shocking. Such remarks are unacceptable, as they emphasize what divides us, instead of linking and integrating.” Strobl wondered how Öney, who is a Muslim, could hold such politically incorrect views about Islam.

Elsewhere in Germany, more signs emerged that the threat of Muslim violence is endangering free speech in Germany. Development Minister Dirk Niebel (FDP) called for a ban on broadcasting the anti-Islam video in Germany. “Such a film should not be shown. We should not be adding fuel to the fire,” he told the newspaper, Bild. “The person who demands limitless freedom of expression has no idea what conflicts can be provoked by it,” Niebel said. His comments follow similar statements by German Chancellor Angela Merkel, Foreign Minister Guido Westerwelle and Interior Minister Hans-Peter Friedrich.

In Greece, the center of Athens (recently dubbed the “New Kabul”) turned into a war zone (videos here) on September 23, when more than 1,000 Muslims — mostly immigrants from Afghanistan, Pakistan and Bangladesh — hurled bottles and other objects at police, who were trying to prevent the rioters from descending on the American Embassy.

Protesting Muslims, chanting “All we have is Mohammed,” gathered in Omonia Square holding banners reading, “We demand an immediate punishment for those who tried to mock our Prophet Mohammad.” Shouting “Allah is Greater,” they then assaulted police with stones, bottles and slabs of marble they broke from the sidewalks.

When Greek riot police used tear gas to control the protesters and protect the security zone they had established around the embassy, infuriated Muslims responded by vandalizing streets and buildings in downtown Athens, as well as by setting fires to trash bins, smashing shops and display windows and vandalizing automobiles. Around 30 Muslims were arrested. 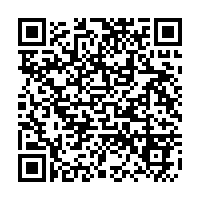