The people of Israel and the land of Israel lost a pillar of the nation. Rabbi Eliezer Waldman left the beloved yeshiva that he founded and led for close to 50 years for the Yeshiva shel Malah, the yeshiva in heaven, and he comes with “his Talmud in his hand.”

I stand in the shadows of all those eulogizing him, and I feel inadequate, but I am compelled to write about him. So with tear-filled eyes and a very heavy heart, I will write about the rabbi that I knew and respected and considered a devoted friend, My Rabbi.


Rabbi Waldman was born in Israel, but when he was a young child his parents moved to New York. He attended the Yeshiva Torah Vodaath and later on learned in Chaim Berlin under Rav Hutner. When he was about 19 he returned to Israel and learned in the yeshiva of Rav Tzvi Yehuda Kook (son of the first chief Rabbi of Israel), where he became his devoted student.

Rabbi Waldman was one of the founders of the Gush Emunim movement. This was formed after the Six-Day war in order to actualize what was won in that war. Led by Rabbi Waldman and others, they organized marches to Yehuda and Shomron, which were newly captured. All the young people and many old-timers as well saw this victory as the realization of our centuries-old dream, and marched and camped out until the government gave in. But specifically it is thanks to Rabbi Waldman and Rabbi Levenger and a few other families that we have Kiryat Arba and Chevron today. They were the ones that spent Pesach in the administrative building in 1968 and didn’t leave the building for weeks, until permission was given to build and settle in Chevron/Kiryat Arba.

He then founded the Yeshiva Nir Kiryat Arba and was the rosh yeshiva until recently, when he turned over that position to his youngest son, Rabbi Noam Waldman. He taught Torah and love of Israel to thousands of young men, and then they went to serve in the army. He knew every boy and cared for them as if they were his own. And when some of them fell in the wars, he stayed in touch with their families till this day.

He was the most humble and unassuming person I ever met. He spoke softly and always had a dvar Torah to give me. It is Rabbi Waldman that I would call anytime something looked hopeless to me. If I felt that I needed a dose to strengthen my emunah I called him and walked away fortified. My sister felt the same way, and many times she called him even late in the night, and he always had patience to listen. “Who will we call now?” she tearfully asked me.

When he would come to the United States to raise funds for his yeshiva he stayed in my house, and I was amazed at all the calls he took from people with troubled hearts who were not even among the contributors to his yeshiva. In later years his devoted wife Ruthie would accompany him and try to make sure he got some rest, but he couldn’t hang up on anyone who was in pain.

The interesting thing is that when he spoke in America he didn’t make an appeal. He gave a dvar Torah and then described the land and settlements of Israel and the boys in his Hesder Yeshiva who serve in the army. He made the country come alive, and all the sacrifices suddenly felt like our own. He was able to give over his vision and make it ours. And he infused us with his strong faith in the Almighty. He synthesized Torah and the land of Israel as one. As his holy neshama reaches heaven, he surely can answer the question, “Did you long for the Geulah?” with a resounding “YES, with all my soul and I worked for it.”

He had an ayin tov – a good eye. He treated everyone with a smile and a good word. When we took him out to a restaurant he would ask the waiter/waitress their name and then he would give them a blessing. If they were Israeli he would tell them that he would give regards to their parents and tell them what good service we received. He never had a bad word to say about anyone. He loved all the people of Israel and treated everyone with respect.

I turned to my Rav Eliezer in times of turmoil and in some of my darkest days, and he not only comforted me but he actively tried to help in situations when it didn’t seem possible. And in times of joy he was also there with us. He was the mesader kedushin of some of my children, and more recently attended the wedding of my grandson Gilad.

I visited him recently in the rehabilitation hospital in Jerusalem where he was after hip surgery, and as usual he was his positive self, thanking me and my daughter Michal for coming to visit him. He was in pain but he masked it and focused on me.

I am grateful that I saw you, my Rabbi, one more time. I visited you in the hospital Thursday evening. You were too weak to talk but when I said your name you opened your eyes and watched me and listened to every word. But I couldn’t say goodbye. I was still praying for us to have you longer in this world. But as Shabbat, parshat VeYechi ended you returned your holy neshama to your creator. And just as Yaakov Avinu prayed to be taken to Chevron, you too were taken to the holy soil of Chevron that you loved and that you sacrificed for.

May your soul be bound up with those of the living. 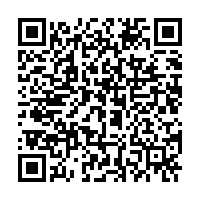