Historians who spend much of their time immersed in the study of serious political and diplomatic affairs seldom have the opportunity to mention something as trivial as soup. But every once in a while, something small and seemingly inconsequential plays a role in shaping a larger historical event.

I was reminded of this phenomenon by a touching story that appeared in a recent newsletter of the Hebron Fund, an American Jewish organization that supports the small but growing Jewish community in that city.

According to the story, an Israeli soldier whose first name is Shai-El, and who is a member of the 890th paratrooper battalion, was on guard duty “one very cold night last winter,” protecting one of the Jewish neighborhoods in Hebron.

In the middle of the night, “the silence was suddenly broken as a car pulled up.” One can only imagine the thoughts that must have raced through the young soldier’s mind at that moment. Arab terrorists, in Hebron and elsewhere, have repeatedly used cars as weapons, especially in recent months. Who else would be driving up to an Israeli guard post in Hebron, without advance notice, at such an hour?

“Out jumped Atia along with some of her friends from Kiryat Arba” (the adjacent Israeli city). “They brought with them hot homemade soup, and smiles to warm the night.”

Hollywood could not have scripted a better ending to this story: “A little more than half a year later, Shai-El proposed to Atia at the very post where they first met.”

The photo in the newsletter showed the happy couple posing in front of a giant banner with the words “Atia, will you marry me?” (in Hebrew) that Shai-El had set up next to the guard post. They are surrounded by smiling soldiers, and Atia is holding up her hand to show the ring.

This story reminded me of something I wrote many years ago. It was the only instance in more than thirty years of writing about Jewish history that I had mentioned soup.

It had to do with a ship called the SS Ben Hecht, sponsored by American Jews, which tried to bring 600 Holocaust survivors from Europe to Eretz Yisrael in 1946 and was intercepted by the British. The crew members, including a radio operator named David Kaplan, were taken to Acre Prison.

David’s ordeal transformed his mother, Esther, from a Brooklyn housewife into a political dynamo. Family members showed me the diary Mrs. Kaplan kept of the campaign she launched to pressure the British to release her son and the other crew members. And what a remarkable campaign it was.

Ordinary men and women, with no experience in the world of politics, were suddenly lobbying in Congress, organizing protest rallies, and galvanizing local Jewish organizations into action. The Brooklyn Jewish Community Council held an emergency meeting to discuss the situation. The Women’s League of Torah Vodaas volunteered to hand out leaflets throughout the city.

“Our home was converted into a beehive of activity,” Mrs. Kaplan wrote in her diary. “We borrowed typewriters and friends came and worked assisting sending out petitions. Aunt Pearl came, made pots of vegetable soup and sandwiches to feed the helpers.”

I was struck by the role of Aunt Pearl in this grassroots mobilization effort, which was the very embodiment of the principle of “Kol Yisrael arevim zeh ba-zeh.”

“Every friend or neighbor who trooped to the Kaplans’ house on a cold March night to stuff envelopes or went door-to-door with petitions calling for David’s release was establishing a personal connection to the Jewish fight for freedom,” I wrote.

“A war was on, and they were suddenly part of it, from the neighbor who typed up letters of protest to the aunt who ladled out soup to keep the activists working overtime.”

Not all such stories have happy endings, of course. But Shai-El and Atia’s did, and so did the Kaplans’. The accumulation of public and political pressure, to which Mrs. Kaplan and her friends and relatives contributed, soon compelled the British authorities to release the crew of the Ben Hecht from prison.

Never underestimate the power of a hearty bowl of homemade soup! 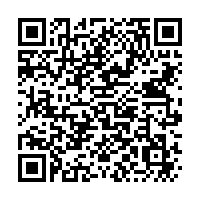